You are here: Home / Titanic / A Woman of Courage | Guest Post by Bonnie Way 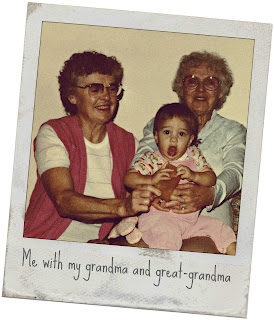 Because of my book By the Light of the Silvery Moon that was published this past March, I’ve become more and more intrigued by others’ Titanic stories. I was thrilled when writer Bonnie Way offered to share her take on the events! You can find out more information about By the Light of the Silvery Moon here, and you can watch the trailer here! Here’s what Bonnie wrote:
I imagine Emily standing on the deck of the Empress of Britain, the wind blowing her curly brown hair back from her face as she stares across the waves at the grey line of the horizon. The year is 1920, and she clutches the arm of her new husband, Stanley. Four years earlier, he handed in his soldier’s uniform and now, as he sails for Canada, his occupation is listed as “farmer.”
Like Stanley, the Empress of Britain had served during World War I. She was built in 1905 and converted to an armed merchant cruiser in 1914. For the next year, she patrolled the South Atlantic and the Cape Verde Islands. Then she became a troop transport vessel, carrying English, Canadian, and American troops across the North Atlantic and even to Egypt and India. By 1920, she had returned to passenger service and underwent more upgrades before Emily and Stanley boarded on September 1 for the Empress’ first voyage from Liverpool, England, to Quebec, Canada.
In 1920, the only mode of transportation between Europe and North America was on the great ocean liners. Charles Lindbergh wouldn’t make his historic transatlantic flight for another seven years, and commercial air travel wouldn’t be attempted until 1928. And although the sinking of the Titanic was eight years in the past, transatlantic voyages were still a big undertaking. In 1914, the Empress of Britain’s sister ship, the Empress of Ireland, collided with another ship in the St. Lawrence River. It sank, taking with it more than a thousand lives.
Emily was twenty-two when she crossed the Atlantic by steamship and then continued across Canada by train to begin a new life in Alberta. She was my great-grandma, and what impressed itself upon my childhood memory was the fact that she came to Canada after the sinking of the Titanic. I wondered what it would be like to step aboard an ocean liner after the unsinkable ship sank. That courage served her well as a homesteading wife in the early 1920s. I was eleven years old when Emily passed away at the age of ninety-seven. She had outlived Stanley by nearly thirty years. I remember her as a small woman with curly white hair and a twinkle in her blue eyes. When we visited my grandma, she often took us to her mom’s place, where my brothers and I fought over who got to sit in the tall stool in her kitchen. I remember sitting in the hard wooden pew at her funeral, listening as my dad’s cousin gave a eulogy for the woman I’d never known—a funny, spunky, creative woman.
My great-grandparents lived in a log house when they first arrived in Alberta. Snow drifted in between cracks in the logs. Emily described their home as “a little log shack, which was really air-conditioned at that time—beautifully cool in the summer and most terribly cold in the winter. Once the winter really settled, we ate, slept, and entertained visitors all in one room. We had some good times even if our feet were so cold I don’t believe they were ever warm until spring came.”
My grandma was born on December 22, requiring Emily to travel by horse and buggy from their homestead into town, ten miles away. She had to get out of the buggy and walk behind it just to stay warm. If she wished for the warmer climate of England she’d left behind, she never let on—and she never wrote about it in her letters home to her dad. If he had heard how bad life in Canada was, he would have gone to Canada to take her home again.
A few pieces of paper on my desk give me the bare facts of Emily’s voyage across the Atlantic. I know when she was born, when she was married, when she left sailed from England. I’ve heard the stories that my relatives tell about her. But all I can do is close my eyes, trying to imagine how she felt as she stood on that deck. Did she watch for ice bergs? Feast in the dining room? Think of the new life she was creating for her children, her grandchildren, and even her great-grandchildren?
Today, as I remember the day she stepped onto the Empress of Britain to start a new life in Canada, I hope I can live my life with the same courage that my great-grandmother lived her life.
~~~
Bonnie Way is a freelance writer and editor. Her writing has been published in a variety of parenting and writing publications, as well as online. She is a book reviewer for several publishers and the editor of FellowScript, a quarterly writer’s magazine. When she’s not writing, she’s busy as a wife and mom. You can check out Bonnie’s blog here!