I first met Jim Meyers after posting a 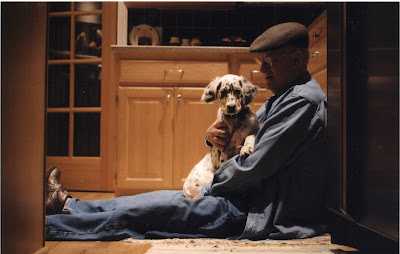 notice in our local newspaper that I was looking for veterans to be interviewed by homeschoolers for a history project we were doing. Jim’s wife urged him to call. And I’m so glad she did.

Jim visited with our students and told his story about serving in Italy in WWII.
Later, when I was writing an article for Flathead Living Magazine (I live in Flathead County, Montana), I went to Jim’s home and interviewed him again. Jim’s wife had passed away, but he had a new love–his puppy who he was training to be a hunting dog.
Last week I sent letters out to my veteran friends telling them about my newest novel. I got a typed paper back in return. It informed me that Mr. Meyers was deceased and to take him off my mailing list. Tears filled my eyes as I drove home from the post office.
I hadn’t seen Jim since last June, and now I wish I could have visited with him one more time. Yet, I’m so thankful that God gave me the opportunity to meet such an amazing man. Below I’ve included more photos and the story I’d written about him. This story is just a small segment of the numerous tales Jim told me. Tales I will treasure forever. 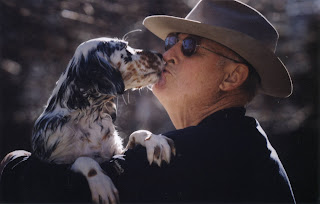 Jim Meyers was a member of the 88th Infantry Division, The Blue Devils—the first all-draftee division to enter combat in WWII. It was also first infantry division to enter Rome on June 4, 1944—Meyer’s 22nd birthday.
From February 1944 to May 1945, the 88th Infantry Division spent 344 days in combat. The most memorable of those days included capturing Mt. Battaglia.
Told they needed to take this critical spot, Meyer’s company snaked up narrow mountain trails. Invariably they ran into sniper and machine gun fire. Sometimes the troops were pinned down for 24-hours. Yet, with help from their artillery and mortar division, Meyer’s company finally made it to the top and secured their position.
“We got up there and dug foxholes. It was raining, foggy, wet. And, of course, the Germans wanted that high spot too,” says Meyers. “They bombarded us with machine gun fire and 88 mm artillery shells. We called them Screaming Mimis. We heard them coming and before we knew it we were in the middle of exploding shells.”
Meyer’s troops were on Mt. Battaglia for ten days. Causalities were grave. 50% of the regiment, with all but one company commander, was killed or wounded. One whole company, G Company, was wiped out.
“We had a counter-attack every day, sometimes twice. The only funny moment was when I spotted a man running down the hill, holding his behind saying, ‘I’ve been hit! I’m going home!’ He didn’t realize he’d just be patched up and sent back.”
Meyers was also wounded, but remained on Mt. Battaglia until relieved by the British. After walking nine miles to an aid station, he was flown to a hospital where a piece of shrapnel was removed from his leg. Over sixty years later, he still bears another piece in his ankle.
For their part in the brutal fighting on Mt. Battaglia, the 350th Infantry was awarded the Distinguished Unit Citation. Meyers was also awarded numerous other medals included a Purple Heart, a Bronze Star for heroics, and citations for four major battles.
“One of the most memorable events happened before we got to Mount Battaglia,” Meyers says.
“We were clearing out the Germans, and the wind was blowing so hard with dust, fog and rain that we unknowingly walked right into the German line.”
A big firefight erupted and many man where killed. When the company commander was shot, a medic named Bob Langmeier stepped forward.
“They were going to shoot the captain again, and Bob told them, ‘Don’t shoot my captain! I’ll save him, and I’ll save some of your men.’ So we had a truce as they cared for the wounded.”
After the war, Meyers admits it was hard to adjust. “I learned that life was cheap. I just wanted to find a nice girl, and settle down. War was not fun.”
Jim did settle down and worked in retailing. His wife Pat was a nurse, and they had four lovely girls. They moved to Kalispell in 1977 and were former owners of the Aero Inn. They also traveled to Italy to honor old memories and make new ones.
Today Meyers spends his time working out at The Summit, woodworking, fishing, and attending cultural events such as concerts with the Glacier Symphony Orchestra. After losing his wife Pat last September, Meyers also keeps busy with his puppy Blair.
“There are so many war memories, sad stories and silly ones that race through my mind. It was a long time ago, but I guess it’s something I’ll never forget.”
And, Jim, I’ll never forget you. Goodbye, dear friend. 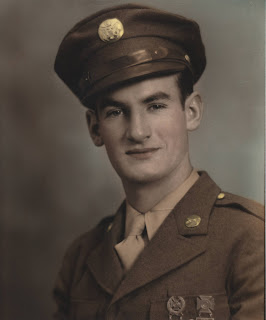