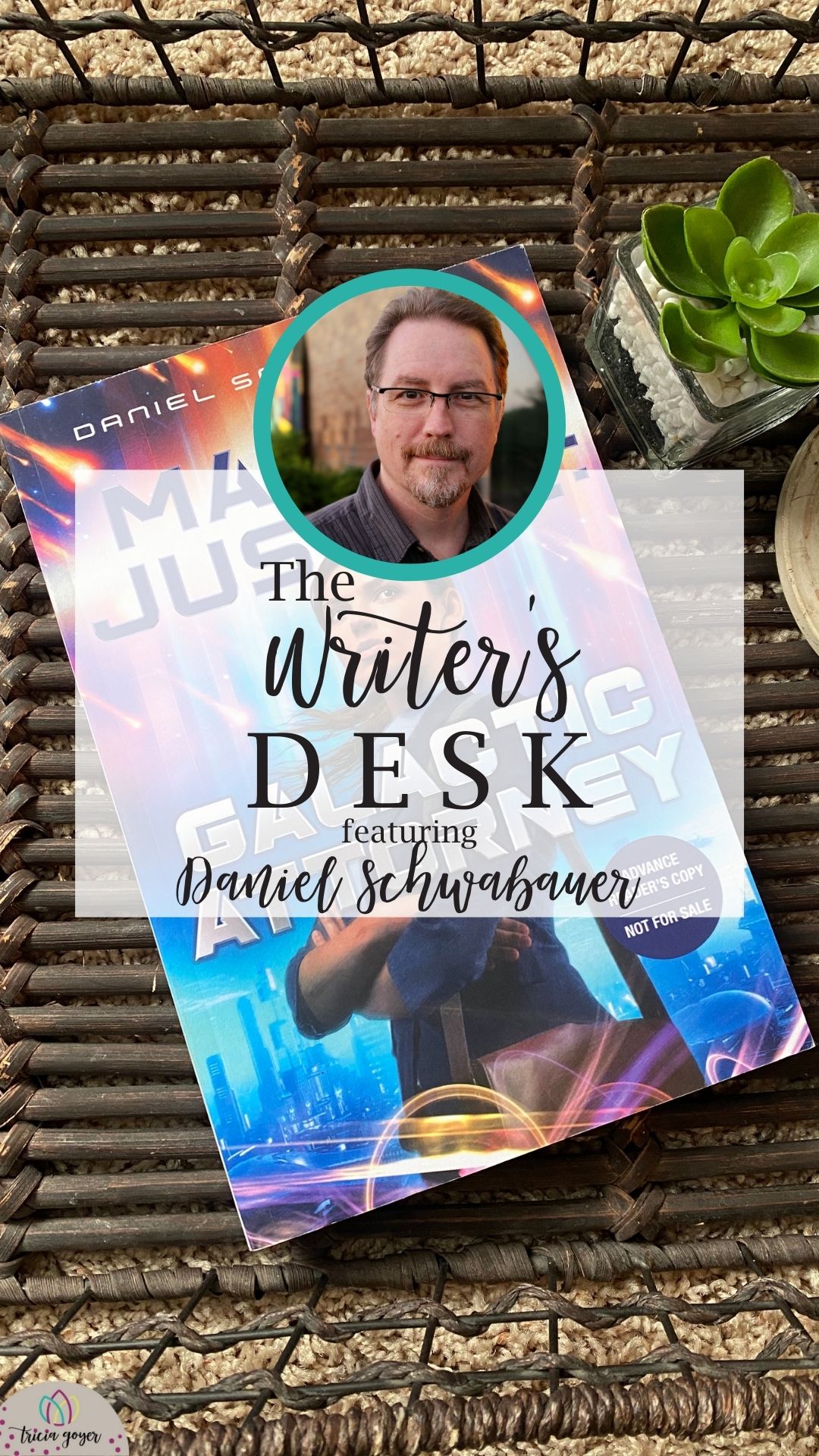 The Writer’s Desk with Daniel Schwabauer

Daniel Schwabauer is an award-winning author and teacher. He is the creator of The One Year Adventure Novel, Cover Story, Byline, Amazing True Life Stories, and The Legends of Tira-Nor.

His professional work includes stage plays, radio scripts, short stories, newspaper columns, comic books, and scripting for the PBS animated series Auto-B-Good. His young adult novels have received numerous awards, including the 2005 Ben Franklin Award and the 2008 Eric Hoffer Award. He graduated with honors from Kansas University’s Masters’s program in Creative Writing in 1995. Be sure to visit Daniel on his website, Instagram, and Facebook!

DS: I am allergic to gluten and algebra.

TG: Where did you get the inspiration for (insert featured book)?

DS: Maxine Justice: Galactic Attorney began at the intersection of two ideas. I’ve always wondered why in science fiction stories aliens try to conquer Earth through force. It never works, and surely there’s an easier way. How about something cheaper and more likely to work, such as a hostile corporate takeover via intergalactic law? The second idea had to do with the sort of hero Earth would need during such a catastrophe. If the villains were basically alien lawyers, wouldn’t our last-ditch defender have to be a lawyer too? Who better to represent us than a young ambulance chaser desperate for relevance and cash?

DS: My good writing habits boil down to a love of reading and enough self-discipline to write regularly. I also have a ridiculous habit of scribbling my ideas on the two huge white boards that dominate my office. I like to pretend that the colorful, illegible scrawls are reminiscent of A Beautiful Mind, but they are closer to something a four-year-old might write in response to the question, “What is your favorite bean?”

DS: Reading and writing are essential, but one habit that gets overlooked is participating in a live critique group. Finding like-minded writers who can provide you with feedback will grow your skills faster than anything else. And it’s not just the receiving of critiques that will help you. Giving feedback is even more important because it forces you to come to terms with your own ideas about what makes a story work.

DS: I write small “sketches” of scenes and ideas that have no formal structure other than the need to get at the heart of a story. For me, writer’s block simply describes the fact that I haven’t yet discovered a doorway into my story idea. I may know the idea, but the passion isn’t there yet, so the words won’t come. Finding a solution means trying various dramatic situations and characters and conversations until something clicks and I land on a theme or a voice or a conflict that makes me want to write. When curiosity appears, I know the story will follow.

DS: I typically don’t do any small edits until the work is completed. But I will go back and rewrite a chapter when something important to the storyline becomes obvious. Sometimes this happens because my critique group readers have pointed out a flaw or suggested an idea that changes the shape of the story. 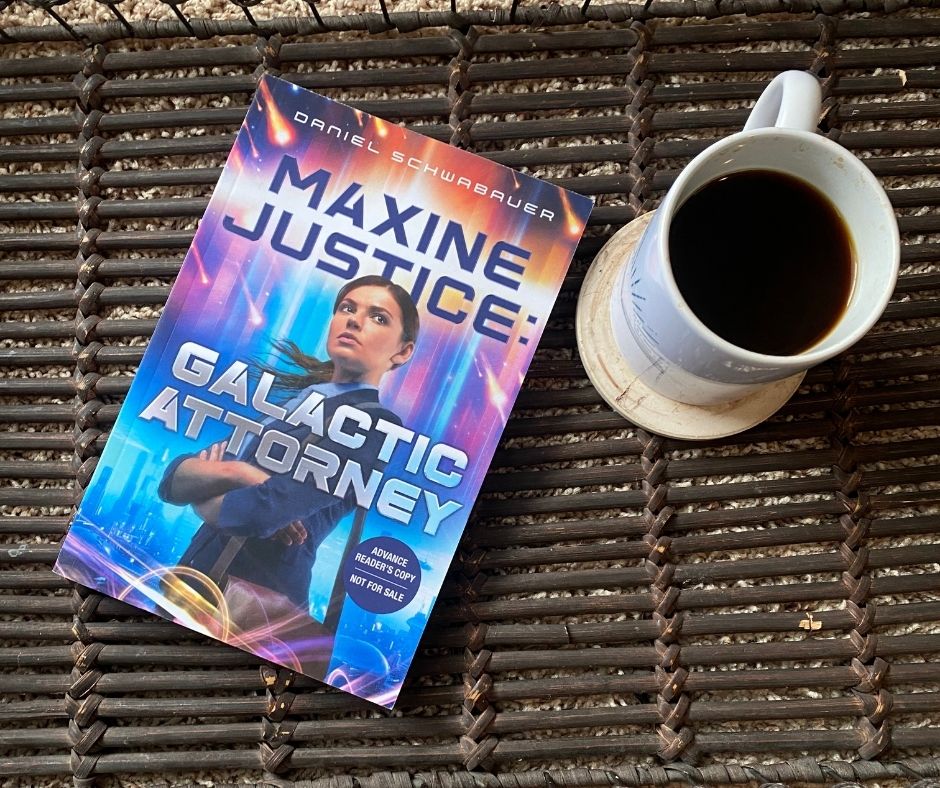 DS: It’s common for new writers to identify so strongly with their work that it becomes difficult to separate their words from their self. Thus any criticism feels crushing—as if the lack of storytelling mastery is a reflection of their character or a black mark on their personality. Writing fiction well is very difficult because it requires that you understood both the language of Story and human nature. But even more than this, you have to master the ability to manipulate what will happen in an unknown reader’s imagination through the mere use of words. It’s like mastering the piano on an instrument with the strings removed. Fiction is hard. It takes time and practice and feedback—and still more and more practice—to learn how to do it. I wish I could tell every new writer to divest themselves of the burden of being brilliant, or even good, and to simply write for pleasure. Writing bad fiction is necessary to learning to write good fiction.

DS: Write for an audience of one.

DS: I’m planning to write more about Maxine’s courtroom and galactic shenanigans. At the same time, I’m also researching and working on my dissertation on the language of Story, so I don’t have as much time for fiction as I’m accustomed to.

Enter for a chance to win a signed copy of Maxine Justice: Galactic Attorney.* 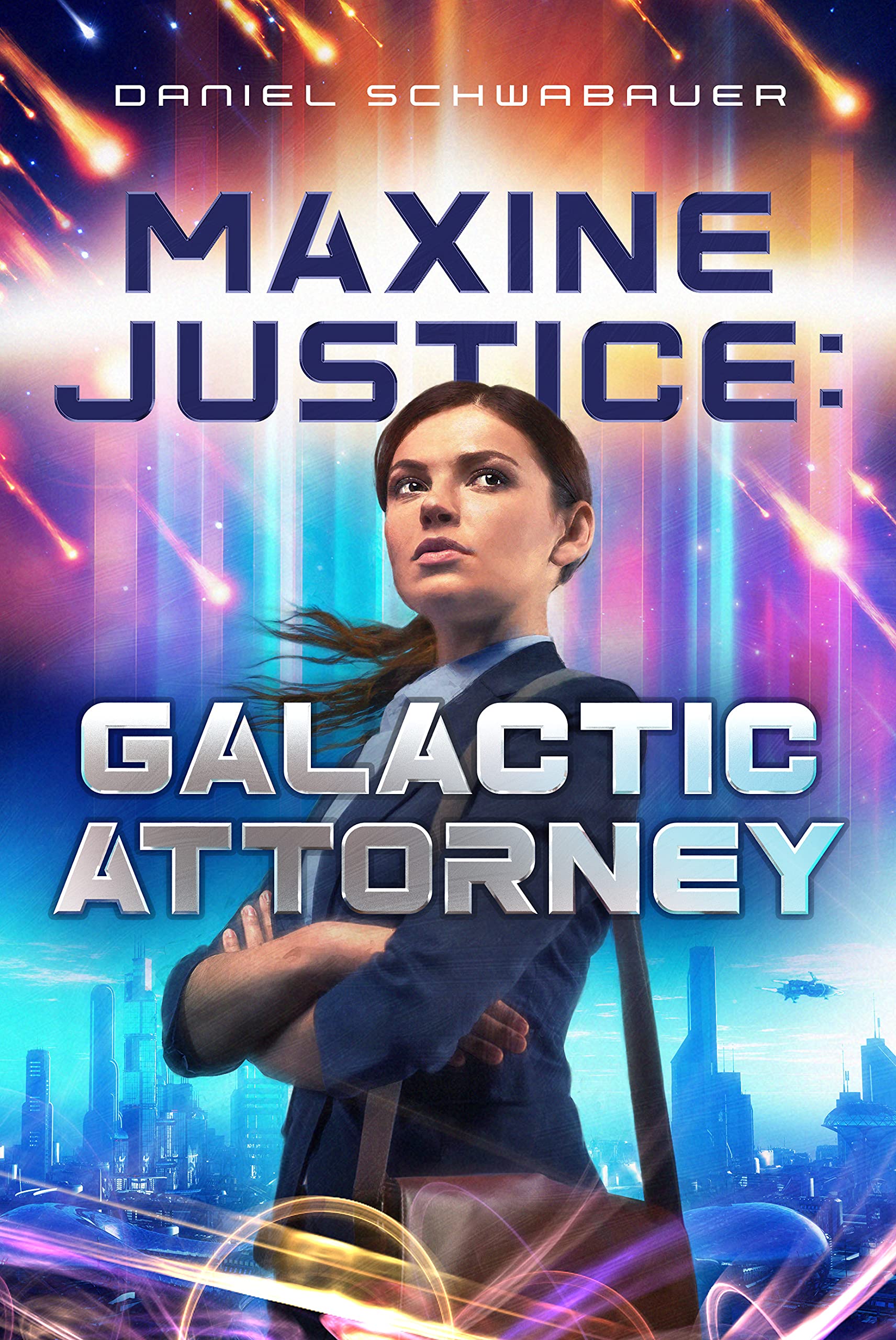 Can Justice Save the Earth from Extinction?

Maxine Justice is an ambulance-chasing lawyer desperate for relevance and cash when aliens hire her to represent them before the United Nations. An off-planet consortium wants to heal humanity of every natural disease in exchange for 30% of Earth’s gold reserves.

The deal launches Max to legal stardom and makes her an international target for assassins. MediCorp, Star Cross, PharFuture—the big medical companies all have good reasons to want Max out of the way. Worse, she discovers her alien clients may be planning something more sinister than anyone has imagined.

Can a lawyer who failed the bar exam three times find some way to save the world from global and interstellar conspiracies? Or will humankind’s future end in a galactic courtroom? 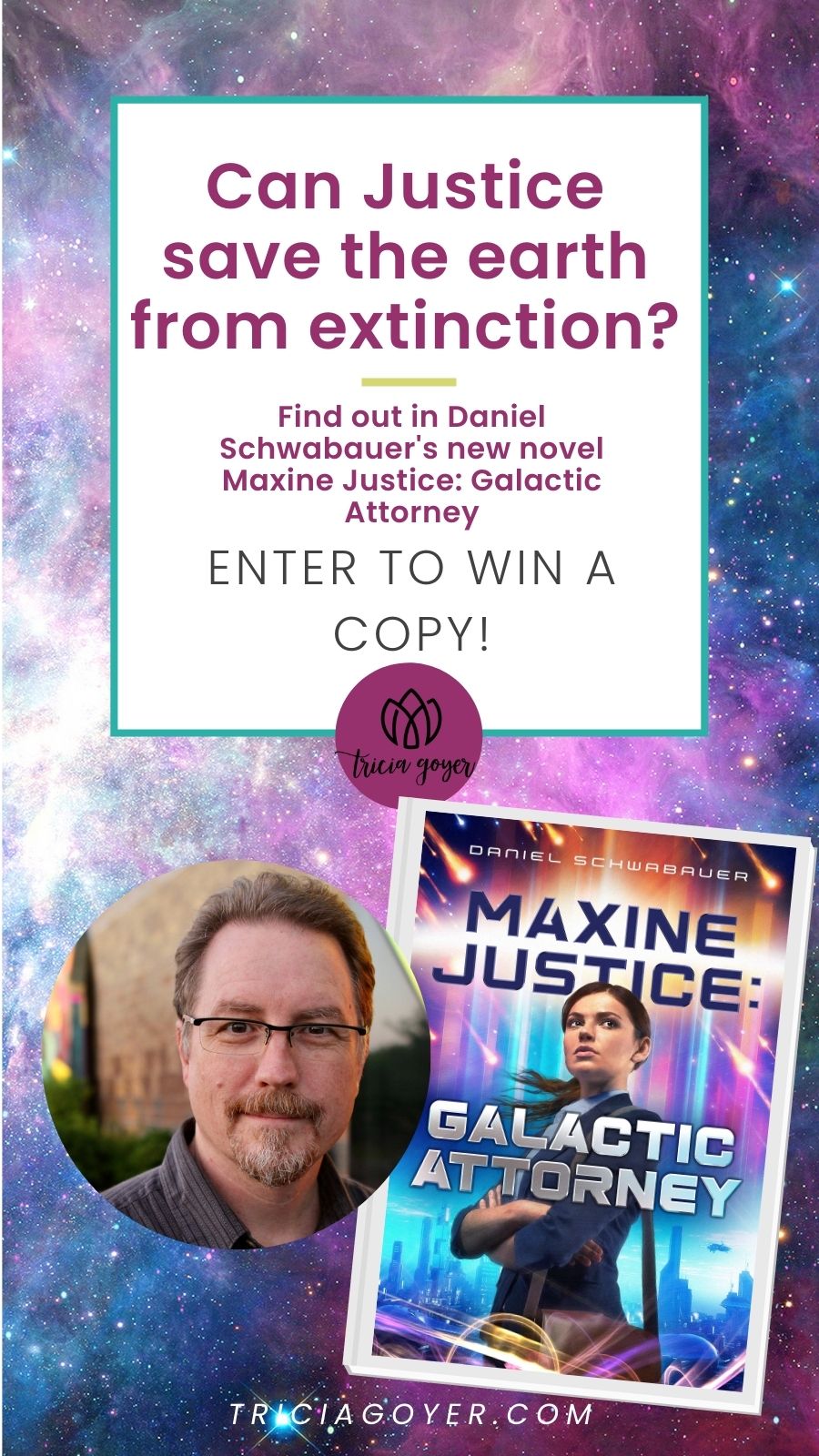 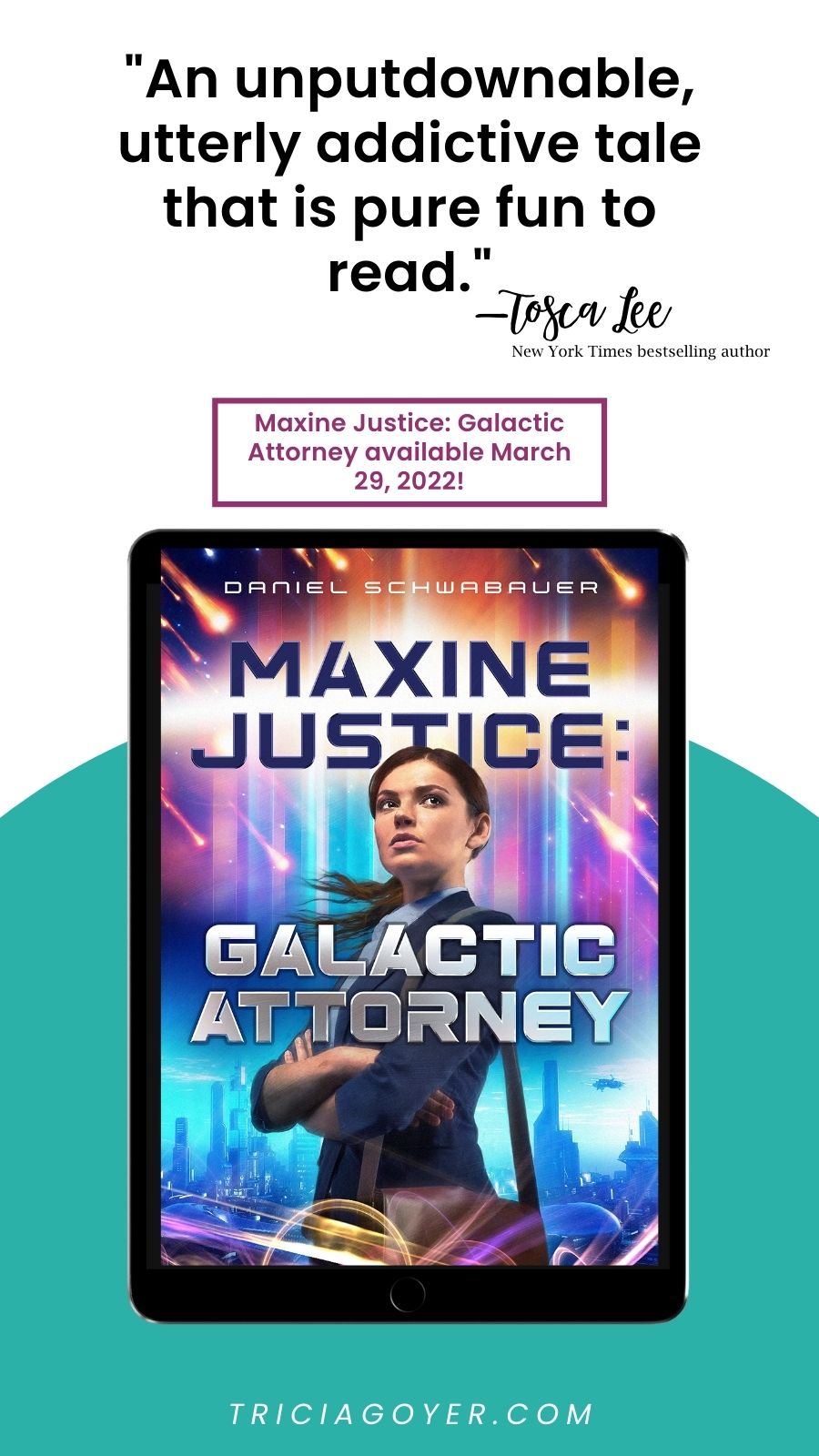 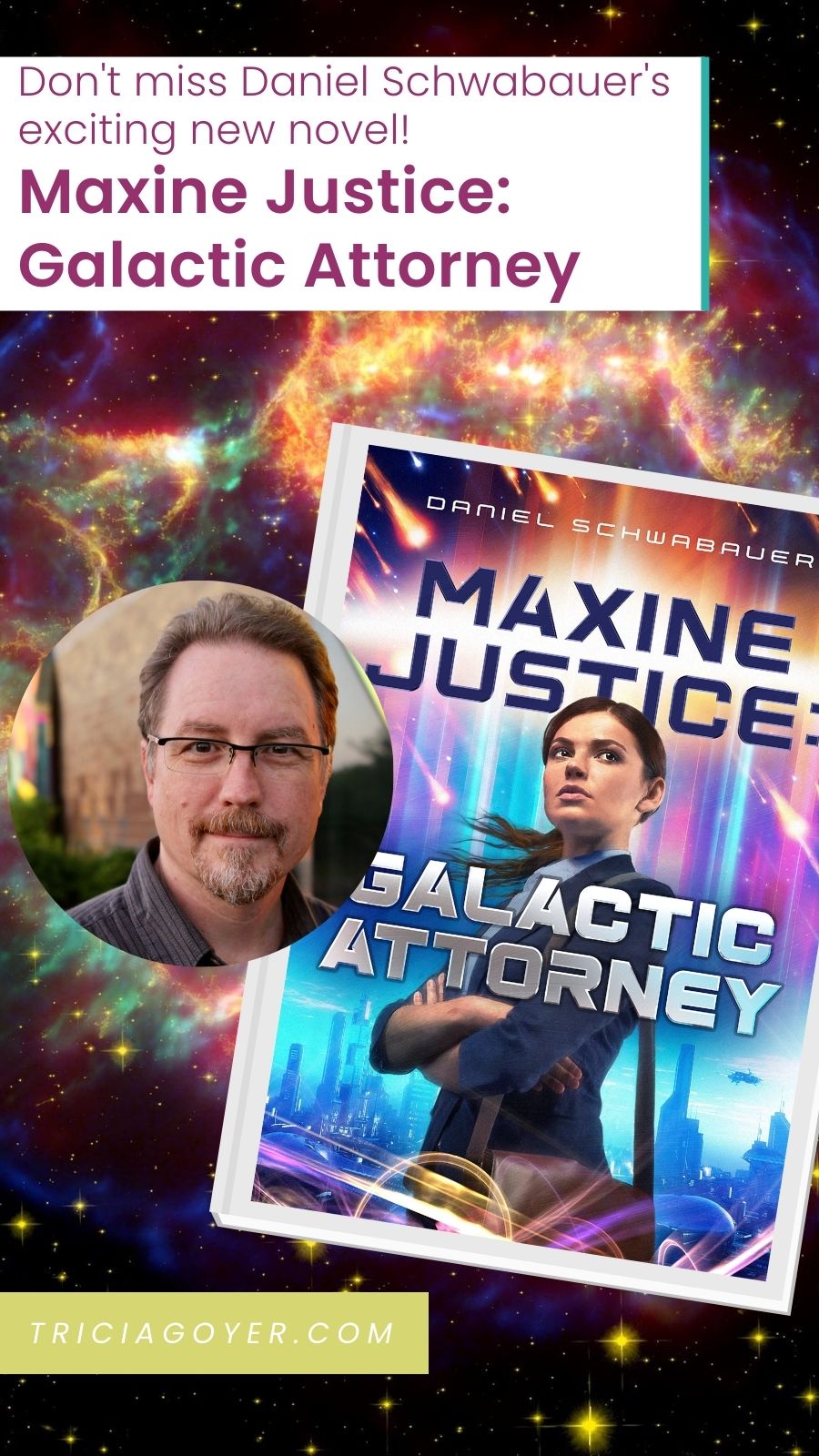