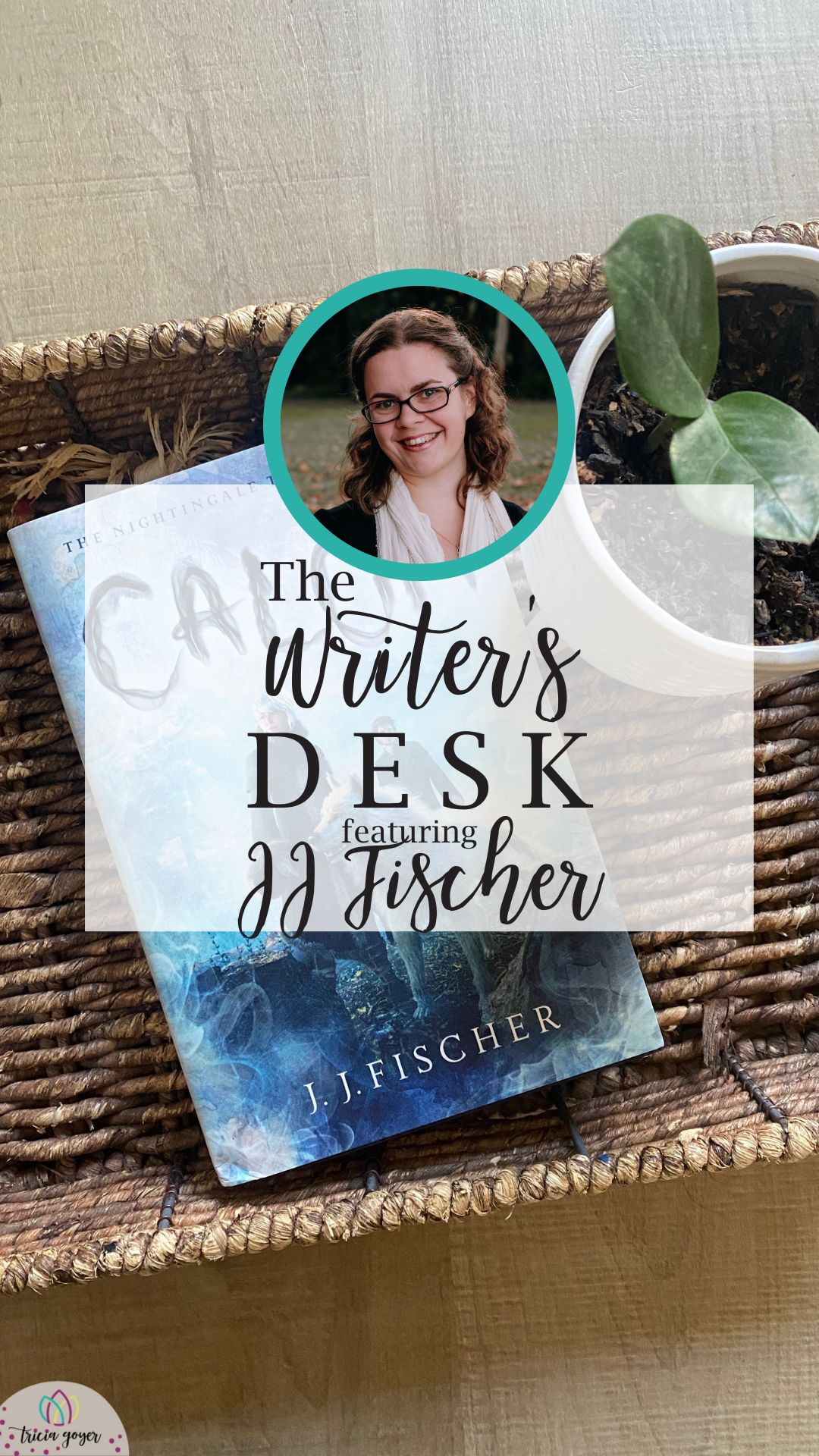 The Writer’s Desk with J.J. Fischer

Jasmine’s writing dream began with the anthology of zoo animals she painstakingly wrote and illustrated at age five, to somewhat limited acclaim. Thankfully, her writing (but not her drawing) has improved since then. She is originally a clinically-trained psychologist but, no, she cannot read your mind. She and her husband make their home a couple hours north of Sydney, Australia, where most animals are trained to kill on sight and drop bears enforce a daily reign of terror. If you’re reading this, please send help.

What if you could edit memories with a single touch?

The world-that-was is gone, lost to everything except living memory . . . but remembering comes at a terrible price. Sixty-two years after the apocalypse, a new society has emerged from the ashes of the old world where highly valued memories are traded and nostalgia is worth dying—and even killing—for.

Enslaved by a cruel master, Sephone Winter is forced to use her rare ability to manipulate memories to numb the darkest secrets of the ruling aristocracy.

Then Lord Adamo appears, speaking of a powerful relic capable of permanently erasing memories and recovering Sephone’s own lost childhood. But not everything about the young lord is as it seems, and soon Sephone must choose between helping Lord Adamo forget his past or journeying deep into the land of Lethe, where the truth about who she really is might finally be revealed . . . and a long desired future restored.

The Nightingale Trilogy is a fantasy transformation of Hans Christian Andersen’s beloved 1843 tale The Nightingale, with echoes of the myths of Hades and Persephone.

Purchase a copy of Calor. 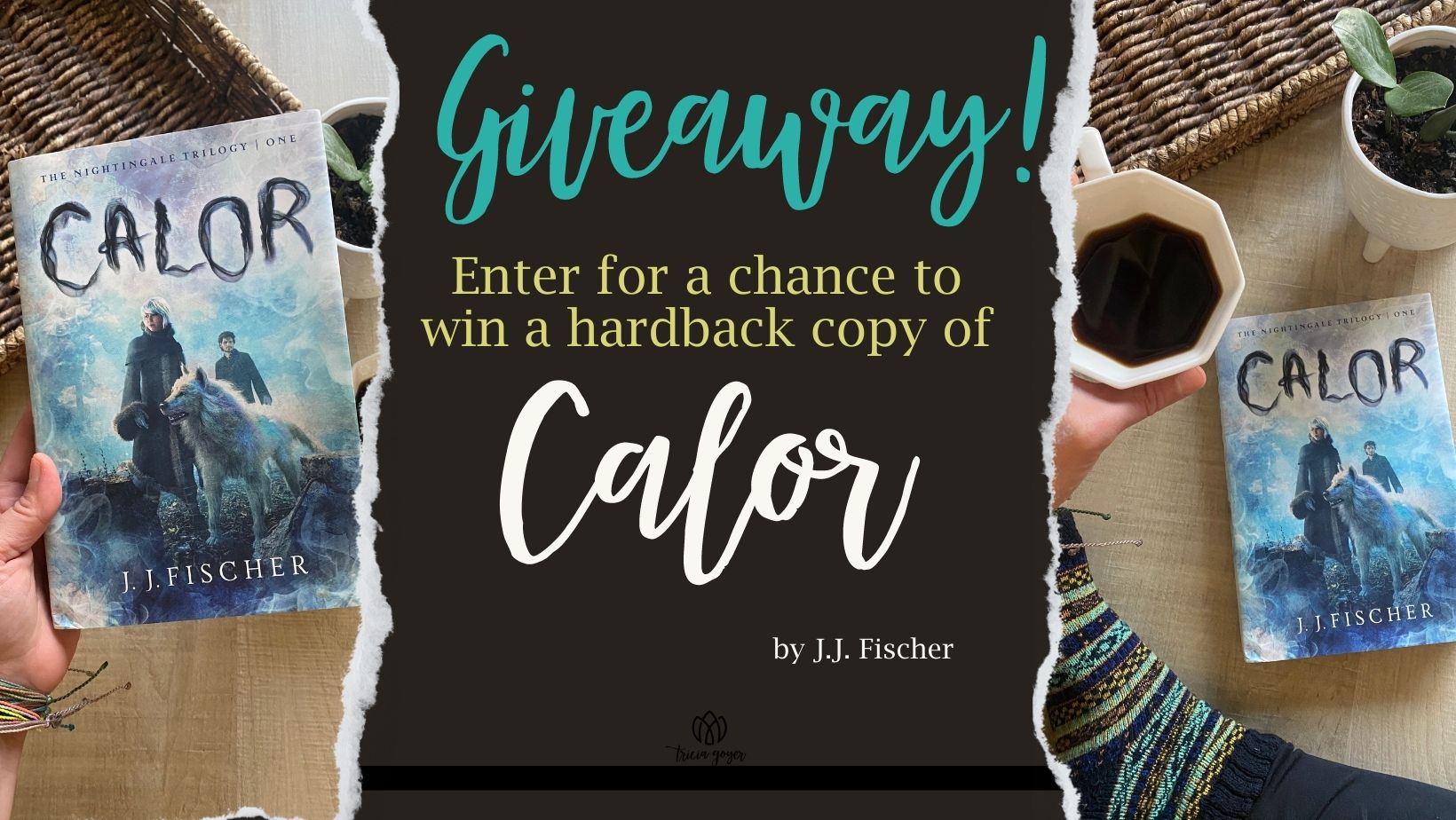 JF: I hate the texture of cornflour. It makes me want to cry.

TG: Where did you get the inspiration for Calor?

JF: Ah, great question! So, the trilogy is a fantasy transformation of Hans Christian Andersen’s beloved 1843 tale The Nightingale, with echoes of the myths of Hades and Persephone. Thematically, my trilogy is very much influenced by Andersen’s tale, and that’s also where the series title comes from.

But even before I read The Nightingale, I was toying with these ideas about memories and nostalgia. I’m a clinically-trained psychologist originally, so psychological themes always come into play in my writing. I’m also a huge fan of The Matrix, so I was fascinated by the theories around hyperreality and simulation (Jean Baudrillard’s work, which partially inspired The Matrix) and the idea that we increasingly live in a world where imitation has superseded the real—that is, we’re content to live in simulated versions of reality rather than reality itself. That concept gave birth to the idea of a post-apocalyptic society where people trade in memories of the world-that-was because they can no longer experience it for themselves, and the story just grew from there.

JF: Not many, aside from the standard procrastination rituals (checking emails, texts) before I finally get going. I try to start each writing session with a prayer that God will use my writing for His glory, and I like to have a cup of tea within easy reach.

JF: First and foremost, the best training for writing is reading—so read, read, read. As the saying by Pam Allyn goes, reading is like breathing in, writing is like breathing out. I’d also encourage people to do their best to break their fear of the blank page. The only way you can do that is by starting. What you write might be terrible—that’s okay. Just get it down. You can edit it later, but as Jodi Picoult says, you can’t edit a blank page.

My other piece of advice is actually to not show others your work too soon. Spend some time reveling in the process of writing, enjoying what you create, and refining your skills, before handing it to others. Eventually, you will need to seek feedback from trusted people, but too much feedback can crush your natural voice and you’ll end up writing to please others rather than yourself. So take the time to enjoy your writing—there are no rules here!

JF: This is a hard one! I’m very restricted dietary-wise due to chronic illness, so I’m gluten-free and dairy-free and can’t drink coffee and most hot/cold drinks. So it’s tea, tea, tea all the way (chamomile, peppermint, lavender—anything herbal) and fresh fruit, nuts, things like that. Don’t be too impressed with me. I would binge chocolate squares, sour worms, and gummy bears if I could. 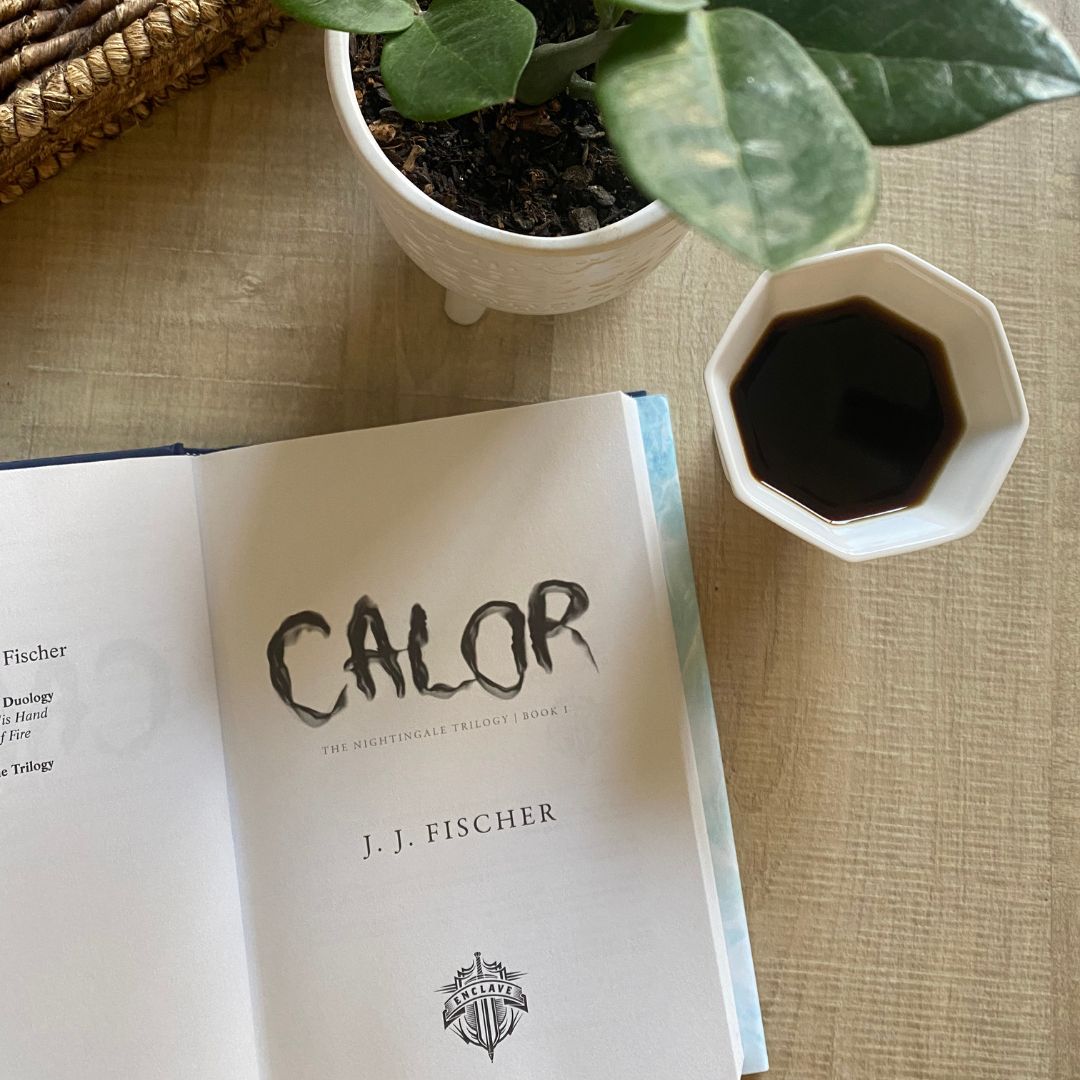 JF: It really depends on why I’m stumped for words. I might genuinely be creatively exhausted, in which case I need to take a few days (often a weekend) to rest and recharge my brain. Reading can really help here. I might be procrastinating getting started, in which case I just have to knuckle down and get going. Within a few paragraphs, I usually find my rhythm again. Or I might not be enjoying where the story’s heading, in which case I need to rethink the plot, or perhaps attack another scene until the words are flowing nicely again.

JF: At the beginning of each writing session, I read through and edit everything I wrote the session before. It’s a good way to re-orient myself to the present writing session and to catch glaring errors. But then I mostly leave the editing until I’ve finished the whole book.

JF: One of the things I love about writing is that there’s so much freedom to write what you want, in the way that you want, on a subject you like. There are very few “rules,” really. Sometimes I see new writers reading all these books on writing and listening to podcasts and doing all this research—and those are all wonderful tools. But don’t let those things stop you from actually putting pen to paper. The best way to learn to write is to write. That doesn’t mean you ignore what others say, but some of the best stories break the rules. And sometimes there are stories that aren’t as well written (for me, Star Wars is one of those) but they’re nonetheless almost universally cherished, and for good reason—they strike a chord in our hearts and they’re absolutely timeless.

JF: Honestly, I think social media can be really toxic to emerging writers. I wrote much of the first draft of my first novel without Internet on my computer—I know, terrifying, right? But it was actually hugely beneficial, because not only did it minimize distractions, but it allowed me to build a fantasy world without comparing it to the work of other authors. That’s one of the downsides of social media, that you’re always comparing yourself to other people. But you’re going to be a lot happier as an author if you work at your own pace and set your own standards/milestones.

JF: The next few years are jam-packed! Of the eight books I’ve written to date, seven are contracted. The sequels to Calor will be released in December 2023 and December 2024 respectively, and I have another duology (a historical pirate fantasy) which is releasing in May 2023 and March 2024 respectively. I also just finished the first book in a new series, and so I’m excited to see where that goes.

Don’t Miss My Conversation with J.J. Fischer! Click the graphic below to watch. 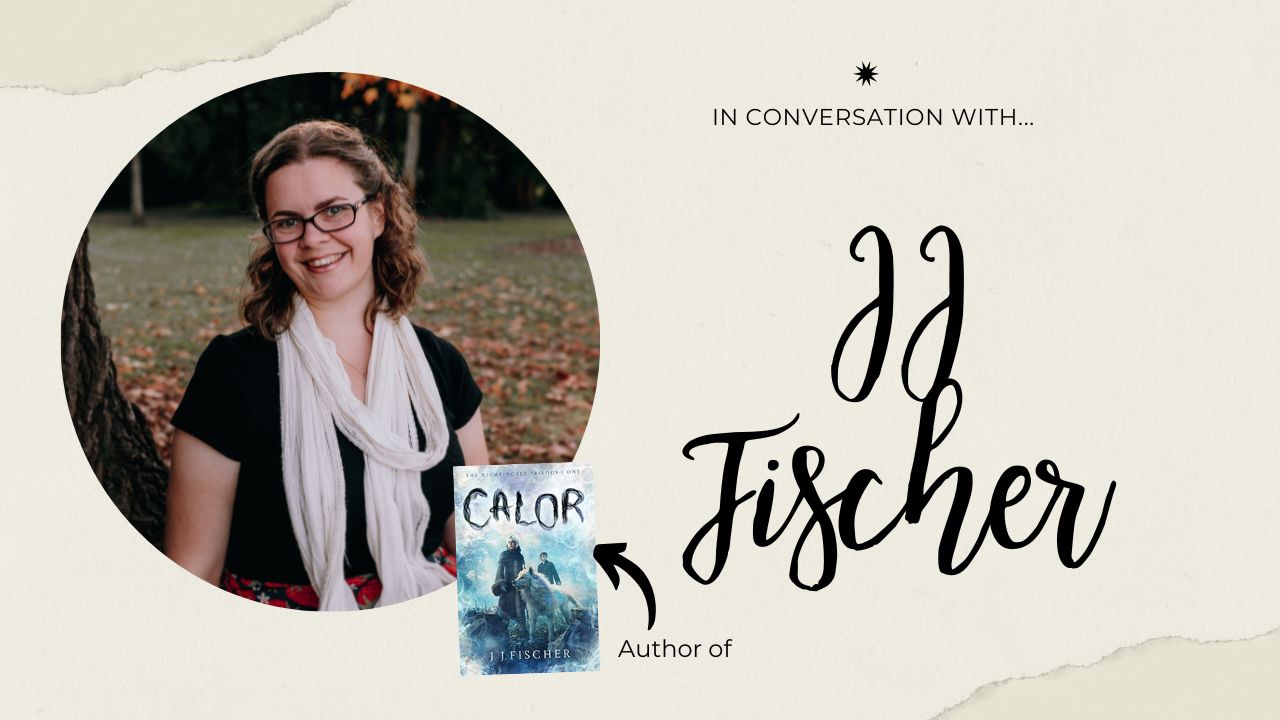 Enter to win a copy of Calor*: 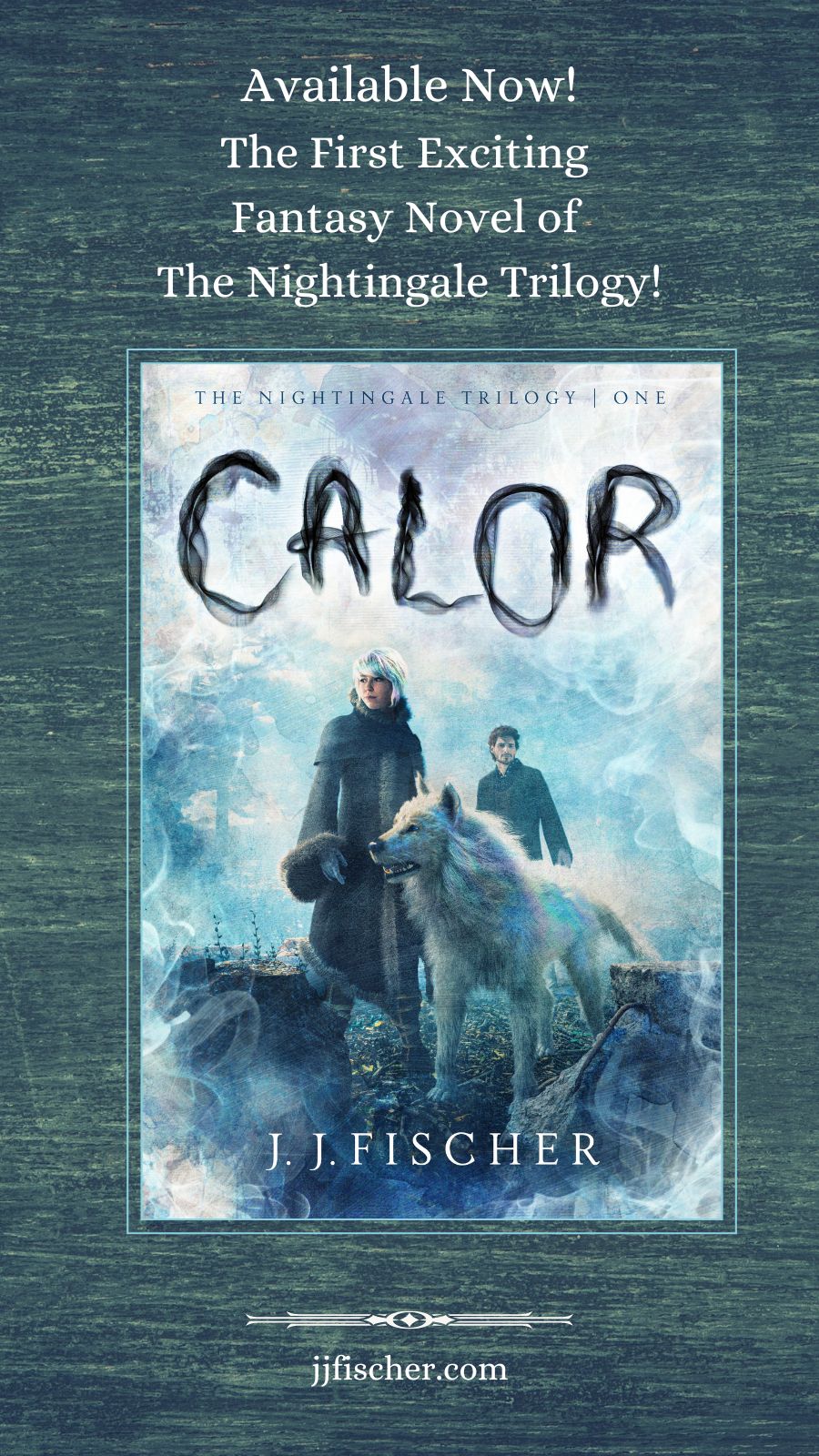 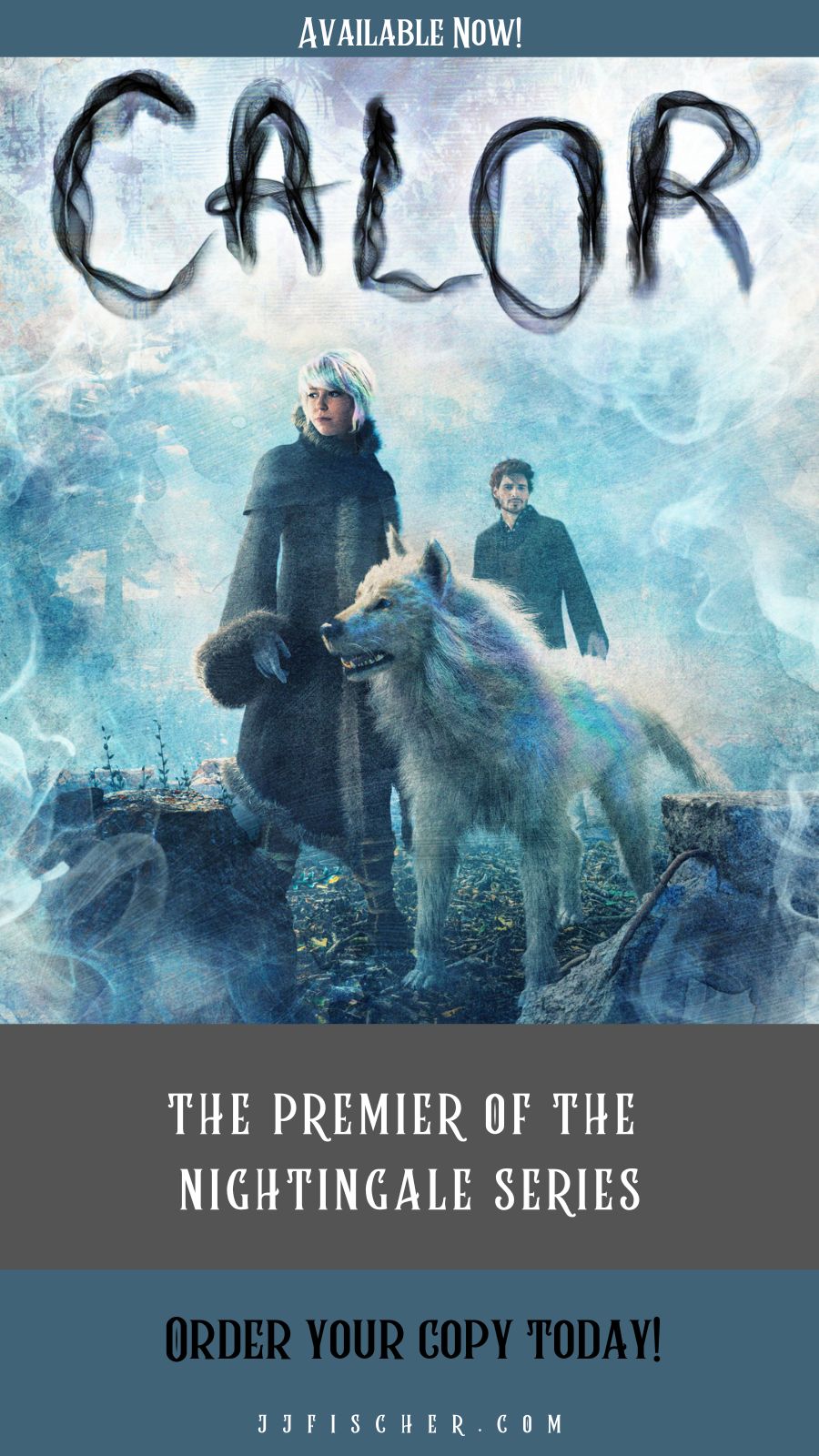 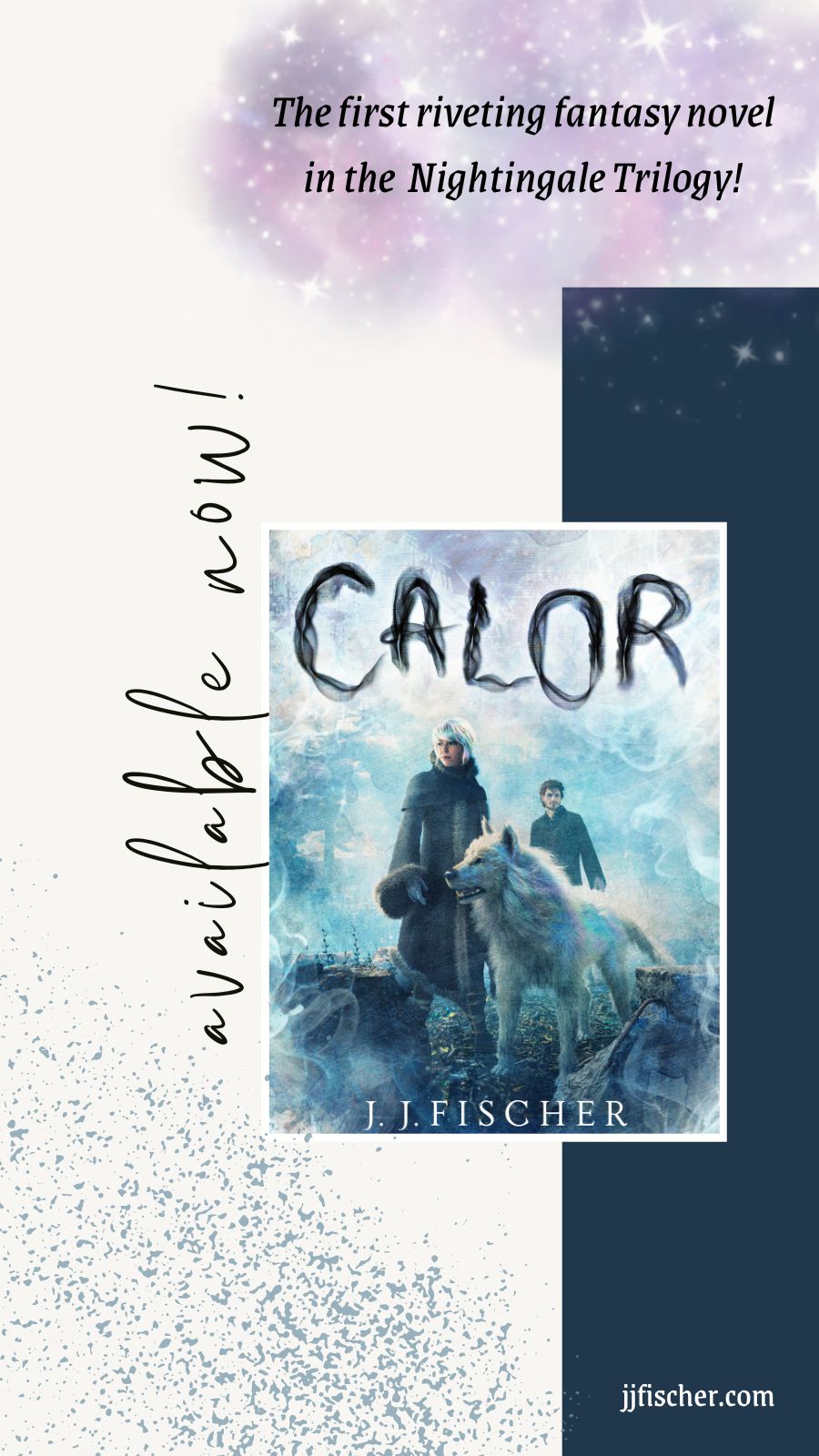