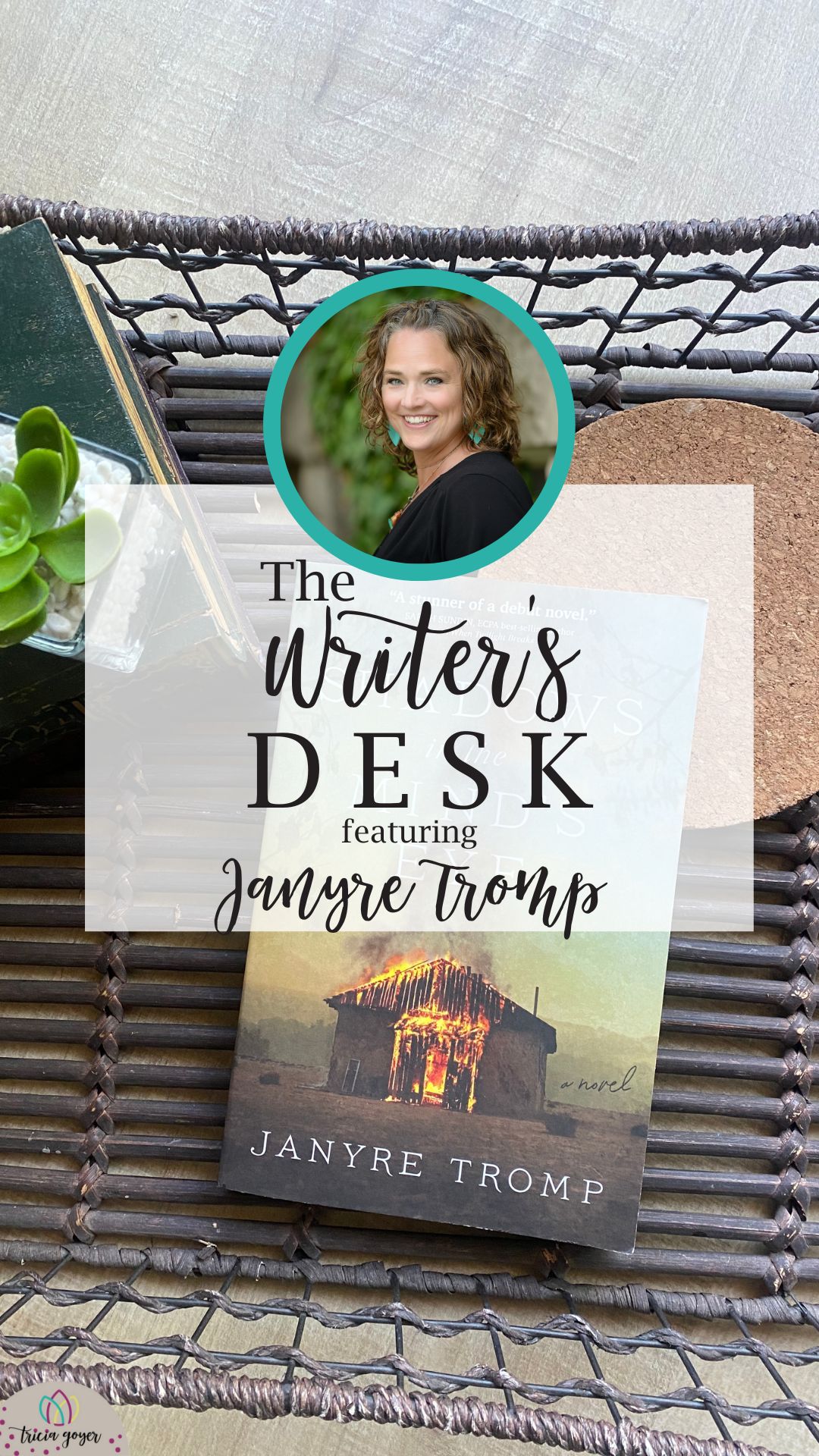 The Writer’s Desk with Janyre Tromp

Janyre Tromp is a developmental editor by day and writer of historical novels with a healthy dose of lyrical intrigue at night. She’s the author of Shadows in the Mind’s Eye and co-author of both O Little Town and It’s a Wonderful Christmas. And that all happens from her kitchen table when she’s not hanging out with her family, two troublesome cats, and slightly eccentric Shetland Sheepdog.

More about Shadows in the Mind’s Eye:

Charlotte Anne Mattas longs to turn back the clock. Before her husband, Sam, went to serve his country in the war, he was the man everyone could rely on—responsible, intelligent, and loving. But the person who’s come back to their family farm is very different from the protector Annie remembers. Sam’s experience in the Pacific theater has left him broken in ways no one can understand—but that everyone is learning to fear.

Tongues start wagging after Sam nearly kills his own brother. Now when he claims to have seen men on the mountain when no one else has seen them, Annie isn’t the only one questioning his sanity and her safety. If there were criminals haunting the hills, there should be evidence beyond his claims. Is he really seeing what he says, or is his war-tortured mind conjuring ghosts?

Annie desperately wants to believe her husband. But between his irrational choices and his nightmares leaking into the daytime, she’s terrified he’s going mad. Can she trust God to heal Sam’s mental wounds—or will sticking by him mean keeping her marriage at the cost of her own life?

Purchase a copy of Shadows in the Mind’s Eye.

JT: I am a middle-born kid.

TG: Where did you get the inspiration for Shadows in the Mind’s Eye?

JT: This story actually began while talking to my grandparents over a glass of lemonade. My U.S. History professor had given us an assignment to talk to family about the Depression and/or World War II. Until that point, I’d had no real concept of what the war was like, either for the soldiers or their families back home. I guess I’d thought that the greatest generation slid back into life and easily became the loving people I knew my grandparents were in their 70s.

When one of my good friends told me she had an entire book of stories from her family in Arkansas, I jumped at the chance to read first-hand history. Amongst the Hughes family stories, I acquired the basis for Dovie May and Hot Springs, Arkansas—home to the largest illegal gambling racket in the country.

Well, I don’t have to tell you that mobsters and illegal activity are an excellent backdrop for a story with a bit of suspense. The book The Bookmaker’s Daughter by Shirley Abbott confirmed that Hot Springs mobsters operated with full permission of the authorities. In Shirley’s stories, I also discovered the foundation for Charlotte Anne’s father. All of which gave me a location and a cast of characters that could stoke Sam’s fears and make everyone (including the reader) wonder whether or not he was crazy.

JT: I typically start my morning in quiet. I do my devotions and then I read poetry. It fills my cup up for the day. Then I spend as much time as I can outside . . . even in the winter. There’s something about creation that helps me lose the constructs of my real life. I also have a way to capture ideas everywhere (because they always come at such random times). I use transcription software on my phone, shower paper in the shower, and a pad of paper with a light-up pen by my bed.

JT: With a day job and kids and all the things, I’m one of those people who can’t write every day. Letting myself off the hook with that and just writing consistently helps my rule-following self relax and enjoy the process a bit more.

JT: One of my favorite tips is to use the book poemcrazy. It helps writers find creative ways to say things in the voice of their characters. Sometimes stepping away from my current book and working on some of the activities in poemcrazy help me break through an impasse.

JT: I’m kind of a mix. Since I’m a developmental editor by trade, by the time I hit the midpoint of the book, I tend to know where major flaws are. If I push through to the end at that point, I risk making a big muddled mess. So I go back to the beginning and rewrite the first half and then push through to the end. I also tend to re-read what I wrote the day before and tweak it a bit before I start writing for the day. 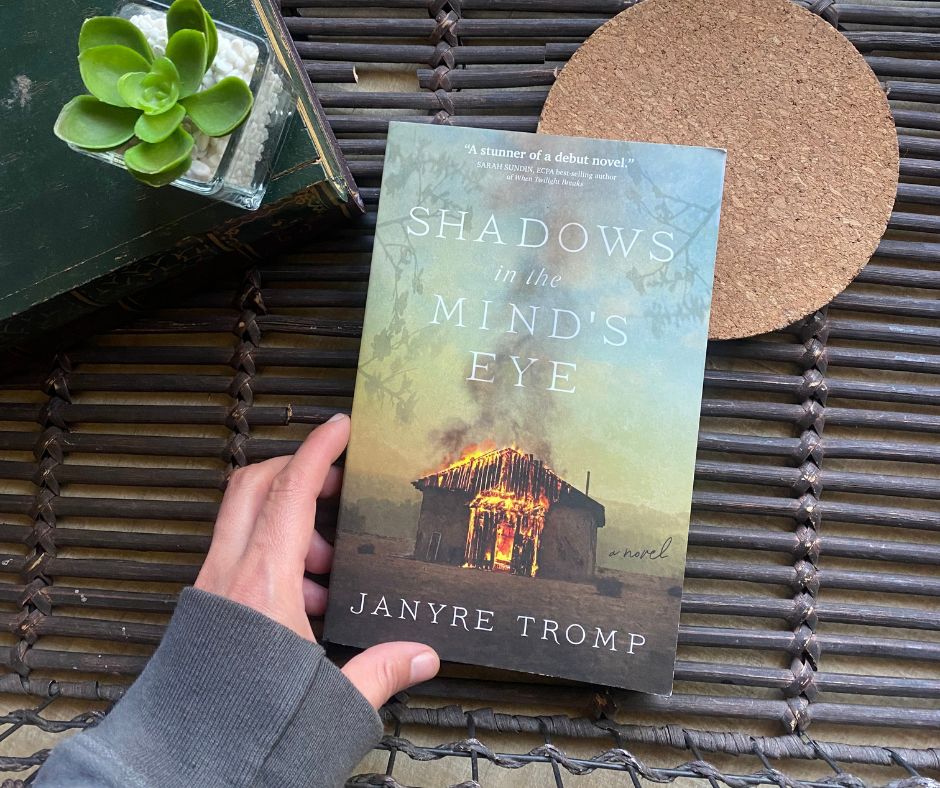 JT: The first mistake is not following the basic rules. Rules are rules for a reason. They help keep you in the realm of what’s accepted. The second mistake is blindly following everyone else’s rules. You’re allowed to break rules if there’s good reason and you know why you’re breaking them. See my refusal to take the advice to write every day.

JT: That oftentimes the places where we’re struggling most, the times when we see the most resistance, is the place where we’re most meant to go. Writing is not always an easy endeavor. Story is meant to dig into truth, to find things other people don’t see, and that’s not typically a comfortable place to be.

Also, don’t sweat the commas too much. Every publishing house has a different standard, which means there are very few hard and fast rules. Make sure you have a series (or Oxford) comma and be consistent on the rest.

JT: I actually have a Christmas novella collection O Little Town: A Christmas Romance Collection releasing Sept. 27. I’m in that with Deborah Raney and Amanda Wen. All the stories take place in the sleepy small town of Mapleview, Michigan, where Christmas is always something special. Each of us explores a different generation of Mapleview residents longing for love—and finding it—during the most wonderful season of the year.

My novella “While Mortals Sleep” takes its title from the second verse of the carol and it’s about Eleanor Sweers, a big city news reporter who returns home to face the repercussions of the death of her sister and her nightmare of Christmases past. But the homefront isn’t as far from the war as she thought: a bomb has landed in the middle of the U.S. Now Eleanor and family friend Gideon Braum may have to choose between the scoop of a lifetime and the love of a lifetime.

It has all my favorite things—second-chance romance, a little mystery, and the real history of a WWII Japanese bomb falling on a small town in Michigan.

Don’t miss my conversation with Janyre! Click the graphic below to watch! 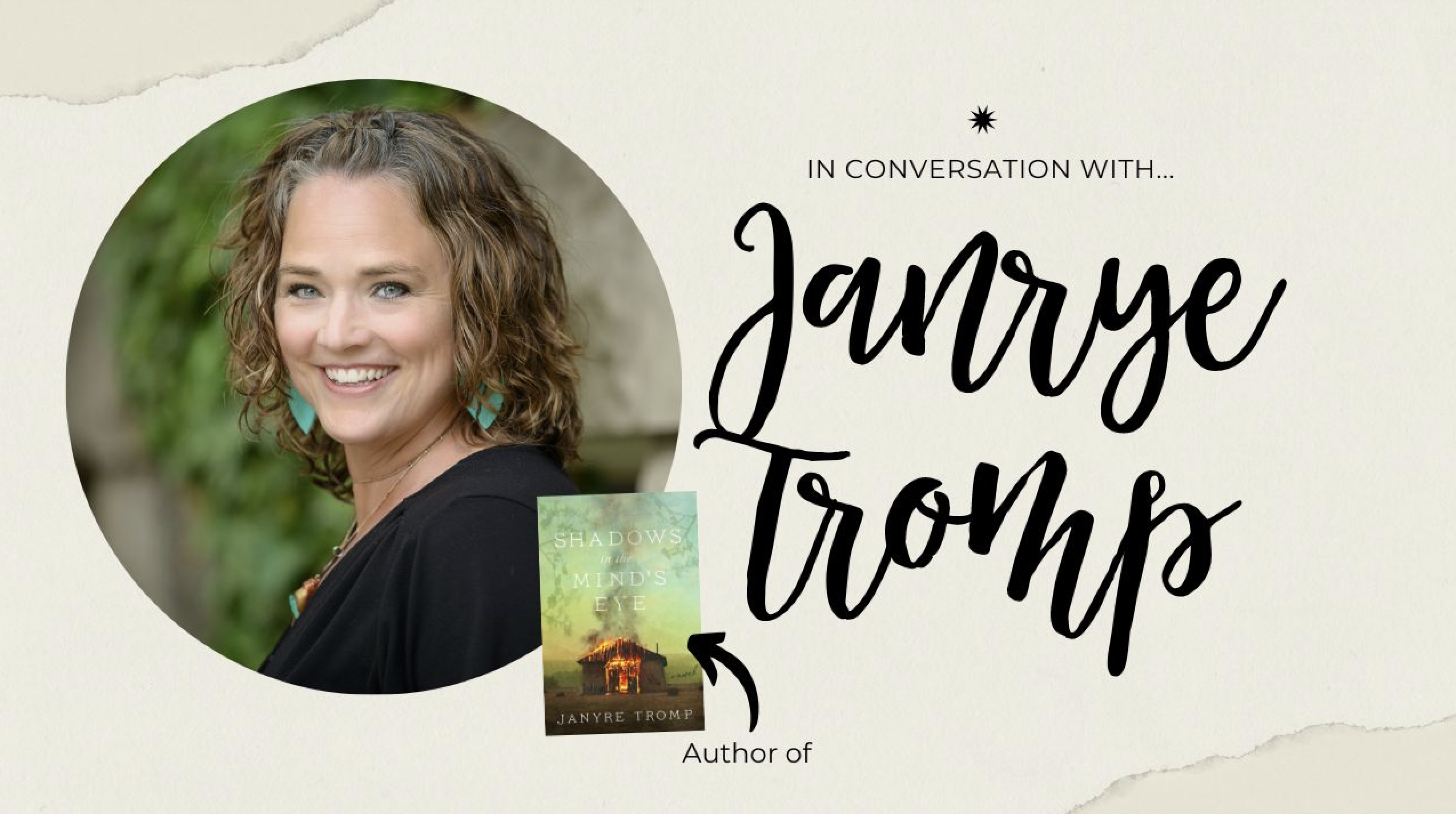 *Due to shipping costs, paperbacks can be shipped to US mailing addresses only. 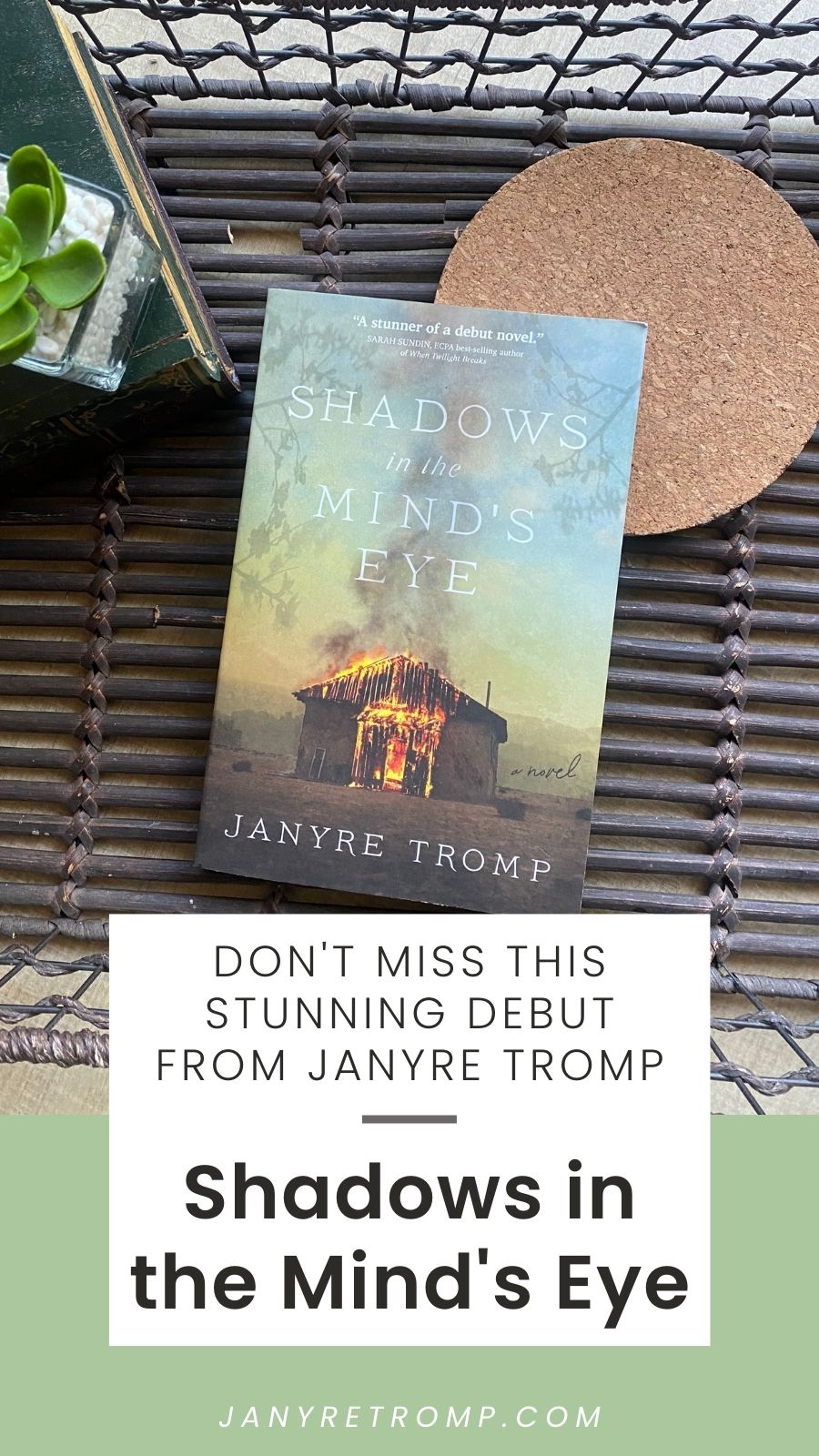 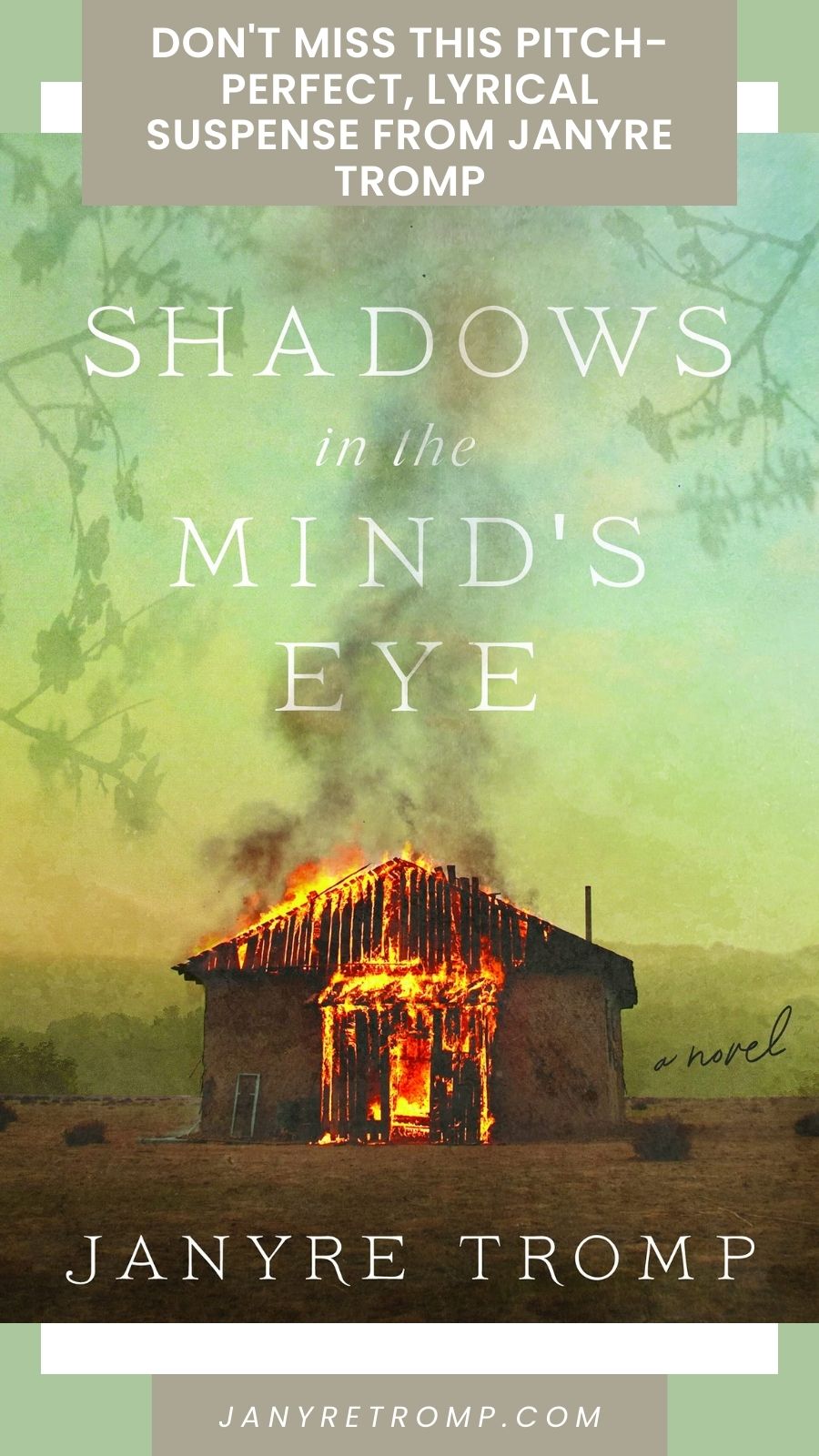 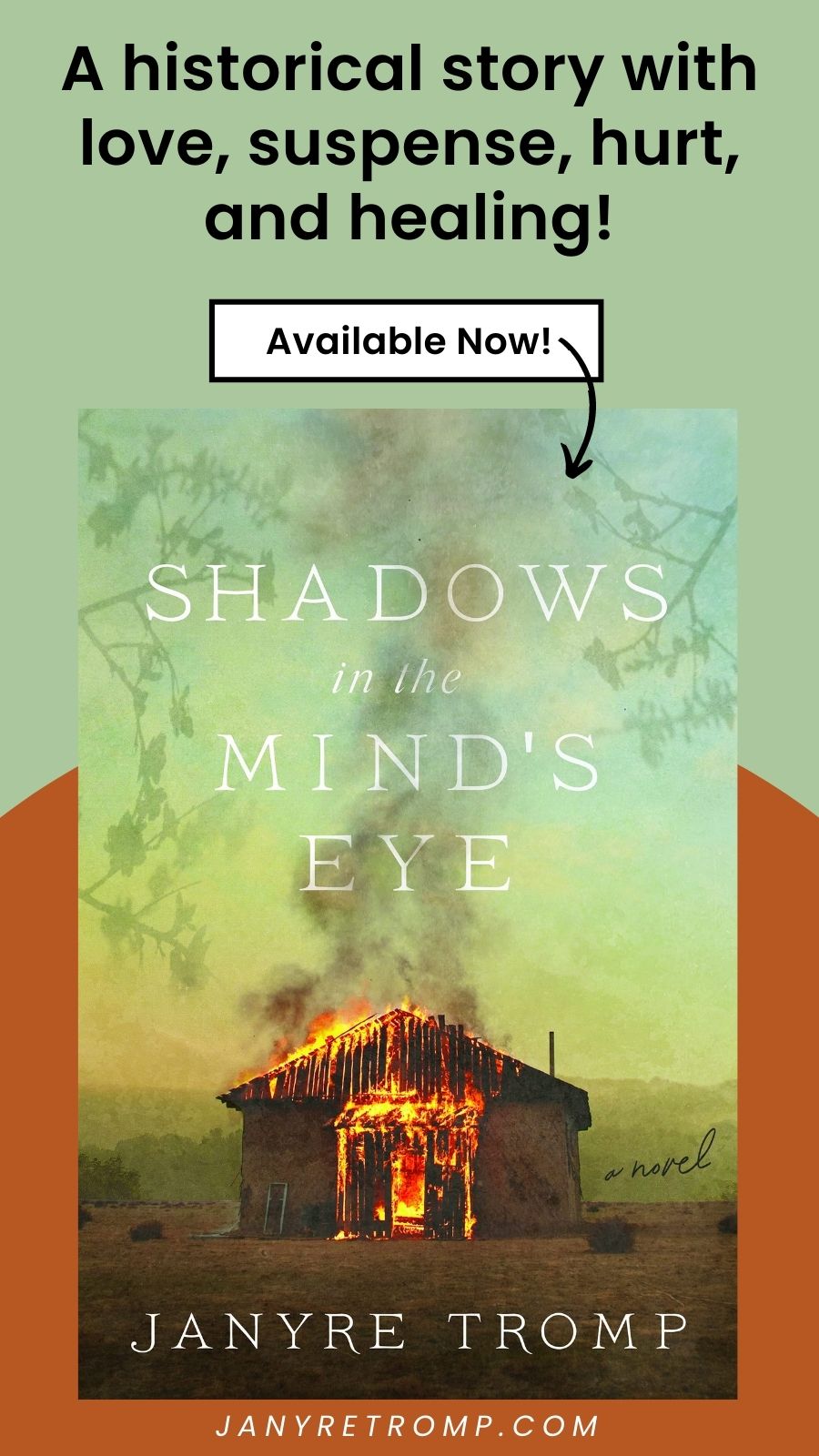