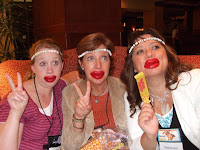 This years conference was wonderful because it seem like a mix of “returning” and “taking the next step.”

The returning happened because I was able to room with my dear friend and mentor, Robin Gunn. ( Pictured left with Sarah Sumpolec (left) and myself–very serious here!) I met Robin at Mt. Hermon in 1993. I was 22-years-old. I’m not sure why but Robin chose to care for and mentor me. We became part of an intimate prayer group. She encouraged me and gave me wise advice many times over the years.

During the first worship service, the tears came. My heart filled with thankfulness to God as I thought about where I was then and where I was now. I thought about my role teaching the Historical Track … and being in the position of helping others as I was helped. In fact, I introduced Robin to one person I’ve mentored as “this is your literary granddaughter.” Is that cool or what?!

But Robin’s smiling face wasn’t the only one I was excited to see. There is a group of Gen Xers who have helped me extensively on my books–giving me input and editing either my non-fiction, fiction, (or in Cara’s case) both! It was awesome to hug my cyber friends Cara Putman, Allison Wilson, Michelle Sutton, Amy Wallace, and Gina Conroy for the FIRST TIME face-to-face. And … there were many, many others who I met whose DAUGHTERS gave me input for My Life, Unscripted and the teen version of Max Lucado’s 3:16. 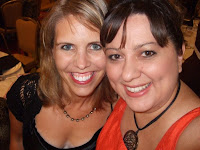 Then there is the joy of seeing my amazing agent Janet Grant and my other fun writing friends like Sarah Sumpolec, Susie Warren, Meredith Efken, Jim Rubart, Julie Carobini, Camy Tang, and Ocieanna Fleiss … and dozens more I can’t even begin to list!

So, of course, more tears came during the next worship service as I looked around at the faces of my friends. I literally had to close my eyes, because every time I noticed another face in the crowd the tears of joy would come again. (And I’m not usually a crying person!)

The advice I always give to new people attending conferences is NOT to focus only on the editors and agents. While they are WONDERFUL … I’ve developed some of the deepest friendships of my life with those who I’ve met through God’s divine appointments.

Of course, “the next step” part of it was the teaching. It’s the most I’ve done at one conference and I had a FANTASTIC time. I had the best class … seriously. They were so warm and receptive. Historical Fiction writers ROCK! 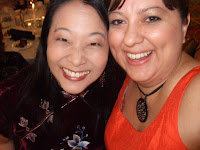 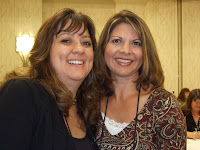 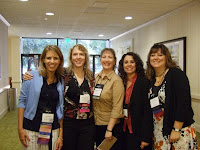 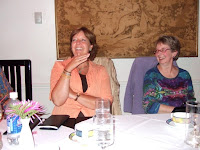