You are here: Home / Uncategorized / Awaken My Heart by DiAnn Mills 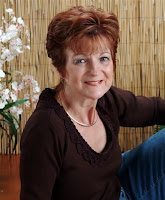 Ooohhhh…a night away for Valentine’s Day! Right-on DiAnn! Author DiAnn Mills has teamed up with her publisher, Avon Inspire for a fabulous give-away. Details here!

About DiAnn:
Award-winning author, DiAnn Mills, launched her career in 1998 with the publication of her first book. Currently she has over forty books in print and has sold more than a million copies.

DiAnn believes her readers should “Expect an Adventure.” Her desire is to show characters solving real problems of today from a Christian perspective through a compelling story.

DiAnn is a founding board member for American Christian Fiction Writers, a member of Inspirational Writers Alive, Romance Writers of America’s Faith, Hope and Love, and Advanced Writers and Speakers Association. She speaks to various groups and teaches writing workshops around the country. DiAnn is also a mentor for Jerry B. Jenkins Christian Writer’s Guild.

She lives in sunny Houston, Texas, the home of heat, humidity, and Harleys. In fact she’d own a Harley, but her legs are too short. DiAnn and her husband have four adult sons and are active members of Metropolitan Baptist Church.

About the book: Awaken My Heart

1803, The Colony of TexasJourney back to the early days of southwest history when the Spanish ruled the vast territory of Texas and padres instructed the people in the ways of God. Step into the world of handsome vaqueros and brightly dressed dark-eyed maidens. The time is 1803. This is the era of Marianne Phillips and Armando Garcia, two people separated by race and culture but destined for love. Marianne is the daughter of a wealthy American rancher, a man who will do anything to please the Spanish and secure his land. Armando is a Mexican peasant, a rebel according to the Spanish. He has committed his life to helping the poor rise from poverty and the oppression of the ruling Spanish. Armando and Marianne . . . Two unlikely people who have little in common. Or do they?

Open this book to a romance that will live in your heart long after the story is told. Curl up in a serape and listen to the strum of a Spanish guitar. I invite you to read with your heart and become a part of a love story that only the hand of God could orchestrate.

Q and A with Diann:

You’ve been writing historical fiction for a long time. What interested you in the 1803 time period?

I love Texas history, and I have an appreciation for the courageous men and women who built this state. Early Texas is a mixture of Native American, Spanish, black, and various European descents. Each race offered us a rich cultural heritage, a heritage that we should be proud.

What is it the theme of Awaken My Heart?

The theme is courage: courage to stand up to political and social factions that vie against God and what He desires for His people.

Armando Garcia is a rebel type of character. Do you think this type of hero applauds rebellion?

Not at all. Armando had much to learn about the difference between his own desires and what God required of him. Once he realized his stand needed to embrace truth, he was on the right road.

Marianne Phillips has a streak of rebellion in her. How was it channeled?

Marianne kept much of her rebellion inside because she knew God expected her to honor her parents, and in many instances, her father’s wishes. Once she saw that she had to make a choice between obedience to her father and obedience to God, she found strength to do that which was right.

What do you want your readers to understand about Weston Phillips?

Weston Phillips had the potential to be a good and kind man. He had the intelligence to build a large ranch and the ability to accumulate wealth, but selfishness took the reins. Once the reader completes the novel, he/she will understand Phillips much better.

What is your biggest challenge in writing?

Always the characterization. I crave three dimensional characters that will experience growth. Understanding and acting upon their motivation takes time! Sometimes I simply have to “live” with them for awhile.

How do you develop your characters?

Through time, patience, people-watching, viewing them through unusual situations, brainstorming, and consulting many books about the psychology of personalities. And that’s just the beginning!

How much of yourself goes into a character?

I attempt to keep myself excluded from the process, but I admit that an opinion or a trait appears now and then.

What is your next project?

How can you encourage fledging writers in their craft?

To read in the genre in which they want to write.
To read the books written by those authors they admire.
To read books about the craft.
To write everyday.
To become active in a writer’s group.