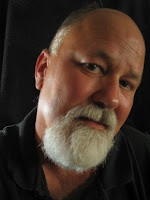 Imagine a medicine that cures you of your worst vice.

One dose and you’re free. How much would a person pay for such a cure? How far would they go? Would they lie for it? Steal for it? Kill for it?

Riley Keep, former man of God, former missionary, has been a beggar on the streets for years, desperate to forget the past. His wife, daughter, work, and faith were all lost in the aftermath of one far-flung act of wickedness. Believing some things cannot be forgiven in this life, lately Riley has begun to think of giving up the ghost. Then he hears the rumors.

Miracles are happening in .

An old woman fleeing a horrific monster, a lonely wife and mother tempted by forbidden desire, an impoverished lobsterman lured by tainted wealth, a young girl weighing life and death decisions, a small town cop with a murder on his hands . . . these are just a few of the citizens of Dublin, Maine, a picture postcard village slowly suffocating underneath an avalanche of hungry people searching for a miracle. But only Riley Keep will find what he desires. And only then will Riley learn if it will save him, or if it’s true what people say . . . .

Sometimes The Cure is worse than the disease.

Advance praise for The Cure:

“…unpredictable and surprising, even though clues are sprinkled throughout the book. The final twist was chilling…the author does a wonderful job weaving in the deceit and the actions of those unrestrained by ethics and driven by the bottom line…a powerful book, one that will remain on my bookshelf for a long time to come.” (Crosswalk)

“Rich with local dialect and scenery…. Dickson’s approach is thought-provoking, and his prose beautifully evokes the taciturn spirit of the Mainers who people this novel….full of interesting ideas and well-developed characters.” (Publisher’s Weekly)

’s writing has been favorably compared to the work of Octavia Butler (Publisher’s Weekly) and Flannery O’Connor (The New York Times). His They Shall See God was a Christy Award finalist and his River Rising was a Christy Award winner, selected as one of the Booklist Top Ten Christian Novels of 2006, and a finalist for the Christianity Today Best Novel of 2006.

Learn more about and his work at www.atholdickson.com or visit his blog at http://whatatholwrote.blogspot.com/

Buy The Cure at http://www.amazon.com/exec/obidos/ASIN/0764201638 or directly from Bethany House Publishers.