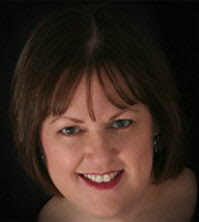 In 1997, Annette was working as a home health nurse. She traveled the back roads from house to house, caring for ill and injured, homebound people. Because of her unique position in the lives of relative strangers, she often found herself bearing solitary witness to intimate behind-the-scenes situations full of grace and meaning. The desire to honor both a particular patient and a poignant scene involving the woman and her husband prompted Annette to write a fictionalized story, The Anniversary. That first story appeared as a column in the Houston Chronicle newspaper and as an essay in Today’s Christian Woman magazine. Later it became a chapter in Annette’s first and best-selling book of short stories, The Whispers of Angels, that has sold more than 100,000 copies.

Since then, Annette has penned four more books of stories, two volumes on parenting, and the Coming Home to Ruby Prairie trilogy. Annette and her husband Randy, a High School teacher and coach, make their home on a wooded lot in Quitman, Texas. They are the parents of two young adult children, Russell and Rachel, both out on their own. Wally, a grateful, rescued mutt provides warmth and entertainment and keeps the Smith’s empty nest from feeling too lonely.

In addition to writing, Annette continues to serve part-time as a registered nurse. She finds the people she works with and the patients she cares for provide great inspiration for her fiction.

Joel Carpenter did not plan for his life to turn out like this. He never meant to be a single dad, working at a hair salon in Eden Plain, Texas. But after making a careless choice four years ago, his marriage was permanently shattered.

Now at twenty-seven, he finds himself juggling custody of his preschool son with Kari, the ex-wife he still loves, and sharing Sunday dinners with a group of other single dads. Joel regrets the choices that brought him to this place, but it’s not until the worst happens that he learns how much he still has to give. In the midst of deep tragedy, he learns that forgiveness is way more important than freedom. Hopefully it’s not too late!