You are here: Home / books / Check out these books!

Off the Record by Elizabeth White

About the Author: Beth White is the author of Fireworks 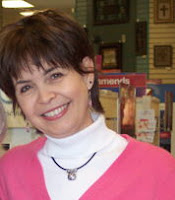 me, as well as the critically acclaimed Texas
Gatekeepers serie from Love Inspired Suspense.In her own words, she appreciate her most valued roles as wife and mom. Beth is also a second-grade Sunday school teacher, church orchestra member (She plays flute), and artist. She loves to read, crochet, sew, go on mission trips and avoid housework.Beth lives in Mobile with her minister husband, and is currently on staff at First Baptist Church of North Mobile (fondly known as NoMo), in Saraland, Alabama.

About the Book: Ambition is on a collision course with a secret from the past.

Judge Laurel Kincade, a rising political star, is announcing her candidacy for chief justice of the Alabama Supreme Court. Her aristocratic Old South family, led by her judge grandfather, beams as she takes the podium. Then her eyes light on a reporter in the crowd…and suddenly her past becomes a threat to her future.

Journalist Cole McGaughan, religion reporter for the New York Daily Journal, has received an intriguing call from an old friend. Private investigator Matt Hogan has come across a tip…that Laurel’s impeccable reputation might be a facade. Matt suggests that Cole dig up the dirt on the lovely judge in order to snag his dream job as one of the Journal’s elite political reporters.

There’s just one problem: Cole’s history is entangles with Laurel’s and he must decide if the story that could make his career is worth the price he’d have to pay.

A sensational scoop becomes a rollercoaster ride of emotions. Can Laurel and Cole find forgiveness and turn their hidden past into a hopeful future…while keeping their feelings off the record?

Check out this interview with Elizabeth over at A Writer’s Journey!

And If I Die by John Aubrey Anderson

About the Author: John grew up in Mississippi cotton country. After graduating from Mississippi State, he received an Air Force commission and has recently retired after flying twenty-eight years for a major airline. He lives in Texas with his wife, Nan.
About the book: AND IF I DIE is the third book in the Black and White Chronicles. The first was Abiding Darkness (August, 2006), the second was Wedgewood Grey (February, 2007).

On both occasions Mason ended up in bloody battles with the forces of evil. On both occasions, he saved the life of a young girl named Missy Parker. And on both occasions good people died.It’s 1968.Missy Parker has been married to Dr. Patrick Patterson for nine years; they live in Denton, Texas. Missy plays tennis and golf; Pat is chairman of the philosophy department at North Texas State University.Mose Washington, a black man Missy refers to as her almost-daddy, is hiding behind a new name—Mose Mann. Mose and the young black man who poses as his grandson have spent eight years successfully evading the FBI, a murderous congresswoman, and creatures from the demonic realm. They now live in Pilot Hill, Texas—fifteen miles from Pat and Missy. Mose is committing the autumn of his life to the pursuit of the knowledge of God and the protection of his “grandson”. His “grandson” is interested in honing his skills as a bull rider.

Close friends see portents of danger in events of the early summer and converge on Pilot Hill to warn the two black men that yet another confrontation with malevolent beings may be looming.In the pre-dawn hours, on the second day of the North Texas Rodeo, the voice of an invisible being speaks to Missy Parker Patterson. The voice warns her that it is now she, not A. J. Mason, who has been chosen as the person who needs to “Be ready” . . . and Missy doesn’t want the job. 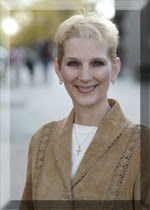 Robin Lee Hatcher’s Return to Me!
About Robin: Robin is the author of over fifty novels, including Catching Katie, named one of the Best Books of 2004 by Library Journal. Winner of the Christy Award for Excellence in Christian Fiction, two RITA Awards for Best Inspirational Romance, and the RWA Lifetime Achievement Award. Robin, 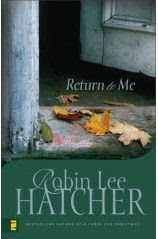 who is also one of our CFBA members, lives in Boise, Idaho.
About the Book: Discouraged and destitute, her dreams shattered, Roxy Burke is going home.
But what lies beyond the front door? Rejection…or a bright future?

A lot has changed since Roxy Burke escaped small town life to become a Nashville star. Her former boyfriend Wyatt has found Christ and plans to become a minister. Her sister Elena, who comforted Wyatt when Roxy ran away, is now his fiancee. Her father Jonathan, a successful businessman, is heartbroken over the estrangement of Roxy from the family.

Now Roxy…her inheritance from her grandmother squandered, her hopes of stardom dashed…finds her way home…not by choice but because it’s her only option. Her father’s love and forgiveness surprise her, but her very presence throws the contented Burke family into turmoil, filling Roxy with guilt and shame.

Elena is shocked to discover doubt and resentment in her heart after her father’s easy acceptance of Roxy into the family circle. Wyatt wrestles with doubts about marrying Elena. And Roxy struggles to accept forgiveness. Isn’t she more deserving of rejection? As the story of the prodigal plays out, each member of the Burke family must search for and accept God’s grace.

And check out this interview with Robin over at Favorite PASTtimes!