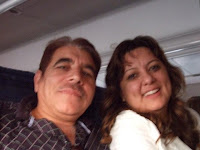 I thought I had posted this great story about my plane ride (or should I say “sit”) back from ICRS and Atlanta. But, I was talking to someone yesterday about the story and they had no idea what I was talking about…so better late than never!

Leaving , my plane was on the runway for 3 hours! My seat-mates were from Afghanistan, Mirjan, and his daughter. Mirjan was a journalist and a father of three. He was forced to join the Army “for one year.” Four years later they wanted him to sign up for two more years. He then went on vacation with his family. When he called home, his brothers and sisters told him not to come back because he was a wanted man—and would be executed because they had deemed him a deserter.

He and his family lived in for six years, and then he went to . In the meantime, his family was sponsored to come to the , and they are FINALLY together.

He was SO nice, and I thought of Anne de Graaf, especially her heart for Internationals. It truly made me appreciate how easy life is for me and my family here in America.

This man was sad he couldn’t even return to his home country to show his children where they are from. I really think I was supposed to hear that story, and it was worth the 3-hour wait.