I couldn’t believe it. On Day Two I crashed at 9:30 p.m. Of course this means I woke up by 3:30 a.m on Day Three! After a nice quiet time with God I went back to sleep … a little too hard. The wake up call woke me up for about .02 seconds. Then I fell back asleep. I woke up at 6:45 and realized I was meeting Lori Raschke, my friend from Moody for breakfast. I got ready FAST. We met at Panera Bread Co, and Lori showed me her wedding photos which were amazing, and I actually cried when I looked at them. She was such a beautiful bride! We chatted for a while and then I BEGGED Lori to drive me up to Moody in my rental car. Chicago drivers are crazy. I mean CRAZY!!! Lori gave in.

Lori was kind enough to go with me as I checked out of the Blake Hotel and then we drove up to the Moody Publishers Building. I was happily surprised to see Andy McGuire and Randall Payleitner there. We chatted for a few minutes and then Lori walked me over to the Moody WMBI building (across the street) where I was due to tape an hour-long show of Moody Mid-Day Connection. (Oh, I have to mention that my car radio was set to WMBI the whole time I was in Chicago. I love that station!)

When I got there I discovered the host of the show was actually in the Wheaton office, so I still didn’t get to see her face to face. Instead they set me up ALONE in a radio room. I had my headset, my mic, and all these fancy buttons. My favorite button was the “Cough” button. I actually used it, too, when I wanted to clear my throat! Still, even though the host wasn’t present the interview went great. (Okay, I wasn’t really alone because right across the hall through another window was the producer and audio guy … who were both Gen Xers. And they were really nice, too!) You can listen yourself on June 16th at Moody Mid-Day Connection!

After I finished with the interview I went to the LifeWay Bookstore which was right around the corner. I bought three new CDs I’ve been wanting. (They were on sale!) I also bought some little gifts for the kids.

Next, the plan was to meet up with Kristen Anderson at 4:00 p.m. I still had a few hours before that. What to do? What to do? I found the nearest Starbucks, got some coffee, and worked on editing the novel I’m co-writing with Mike Yorkey. The title is The Swiss Courier and it’s due in September. It’s a great novel … if I say so myself!

The minutes ticked by and I got a call from Kristen that she was in town. We met up and she joined me on a drive down to South Bend Indiana. Kristen is an amazing young women whose story I’m writing. We worked on the drive there … but only after getting some yummy pizza at California Pizza Kitchen. (I’ve eaten at CPK twice in three weeks, once in San Diego and once in Chicago!)

Kristen recorded her part of the story for me as I drove. I’ll use that tape later as I work on her chapters. And we only got lost ONCE finding the hotel. (Yes, that makes three for three for WRONG directions from MapQuest.) Thankfully, each time I got lost I had a friendly hotel employee who guided me in. Thank goodness for cell phones!

Kristen and I chatted, and then I conked out. She had A PAPER due for school and she was up to at least 3:00 a.m. (I woke up briefly and noted the clock.) I knew I was tired because the light and the clicking of her fingers on the keyboard didn’t bother me one bit.

I woke up the next day and got ready as quietly as possible since Kristen was still sleeping. Then I caught the shuttle to the Harvest Show. I was a little early so I waited in the green room. Then, the makeup lady put some powder on my face … no overhaul of makeup needed! The second guest, Melanie Wells, showed up and we were led to the back of the studio. We sat behind the scenes as the rest of the show–mostly news–was being taped and broadcasted LIVE. 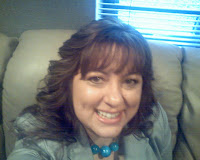 Here I am in the Green Room at the Harvest Show.

Finally, it was my turn to go on. The hosts were fun to talk to and I had a great time talking about Generation NeXt Parenting. If you would like to see the show, you can go here: https://harvest-tv.com/video/dsp_playshow.cfm?showid=177

After the show I headed back to the hotel, and Kristen and I headed out. We went to lunch at a fast-food Italian Restaurant. A first for me!!! We also finished editing the first two chapters of her book that I’m writing. Yeah! It felt good to accomplish that.

Then it came time to drive back to Chicago. Kristen and I chatted and the time flew. Way too soon I was dropping Kristen off. She to finish her paper, and me to take my rental car back and check into my hotel. (Easier said than done!) I was lucky enough to experience rush hour traffic in Chicago. It took me 1.25 hours to go 16 miles!!! After checking into my hotel, returning my rental car, catching a shuttle to the airport, and then a shuttle back to my hotel I am finally here and settling in. It’s only 7:43, but I’m ready for bed. Tomorrow I’m flying home to see my family. I can’t wait. What a week!

And don’t forget about the fun meme for the A Whisper of Freedom blog tour! I love reading your answers. FUN!

I’ll be announcing the contest winners on Thursday!


Stop Lurking! Every week I will draw names for a free Tricia Goyer book from those who comment on my blogs. Winner’s choice! Tell your friends.