You are here: Home / articles and blogs / Did you know… 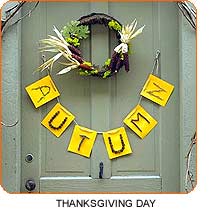 1623–July 30, Governor Bradford ordered a day of prayer for their withering harvest. Rain soon fell and the crops were saved.

1777—General George Washington proposed a national holiday that would combine harvest home with a more formal day of giving thanks.

1798—President John Adams designated May 9, 1798 as a time for “solemn humiliation, fasting and prayer.”

1815—President James Madison restored the observance of Thanksgiving on April 13.

1864–Thanksgiving has been celebrated on the last Thursday of November since this time.

1941–In December, a Congressional Joint Resolution specified that the holiday be permanently set on the fourth Thursday in November.