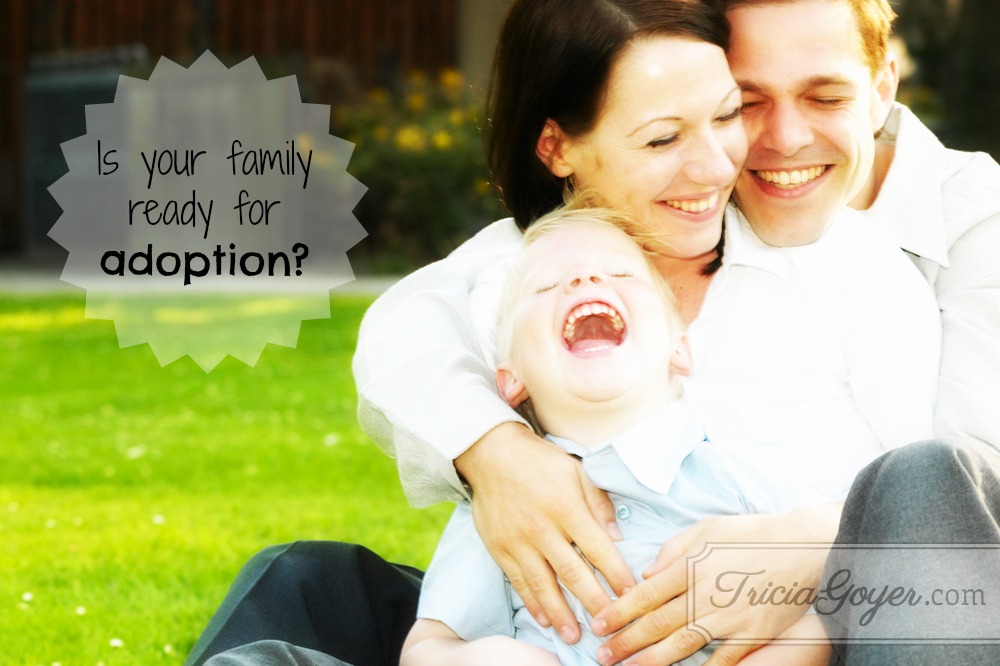 November is National Adoption Month, and I’ve invited some experts to guest post on my blog throughout the month! Today, please give a warm welcome to Dr. Russell Moore!

If you want your “dream baby,” do not adopt or foster a child: buy a cat and make-believe. Adopting an orphan isn’t ordering a consumer item or buying a pet. Such a mindset hurts the child, and countless other children and families. Adoption is about taking on risk as cross-bearing love.
For years, I’ve called Christian churches and families to our James 1:27 mandate to care for widows and orphans in their distress, to live out the adoption we’ve received in the gospel by adopting and fostering children. At the same time, I’ve maintained that, while every Christian is called to care for orphans and widows, not every Christian is called to adopt or foster. As a matter of fact, there are many who, and I say this emphatically, should not.
Love of any kind brings risk, and, in a fallen world, brings hurt. Simeon tells our Lord’s mother, the Blessed Virgin Mary, that a sword would pierce her heart. That’s true, in some sense, for every mother and every father. Even beyond that, every adoption, every orphan, represents a tragedy. Someone was killed, someone left, someone was impoverished or someone was diseased. Wrapped up in each situation is some kind of hurt, and all that accompanies that. That’s the reason there really is no adoption that is not a “special needs” adoption; you just might not know on the front end what those special needs are.
We live in a time in which our commitments have become the opportunity often for simply a narcissistic self-realization. Weddings have become events for planners and photographers putting on what seems to be a state dinner honoring the “love of the couple.” Children often become props in a life of parents who are seeking to grasp whatever they believe the world owes them. It’s easier to pull off that kind of an illusion of self-centrality with your engagement photos and wedding party than it is with children, though. Children are alive. Children are persons, with individuality that can’t ultimately be suppressed. Children, of all sorts, are, by definition, unpredictable. Children shatter your life-plan. Adoption certainly does.
It’s worth it.

#Adoption might shatter your life-plan. But it’s worth it. @drmoore @TriciaGoyer

But Jesus tells us we ought to know that a king going into battle must measure his troops, a tower-builder must count the expenses of the project (Lk. 14:28-31). Those who see adoption as a warm, sentimental way of having a baby are mistaken and dangerous. There are far too many who plunge in without counsel, without a commitment to fidelity no matter what. They search around for a baby who fits their specifications. And babies never fit your specifications…at least not when they grow up.
If what’s behind all of this isn’t crucified, war-fighting, eyes-open commitment, you are going to wind up with a child who is twice orphaned. He or she will be abandoned the first time by fatherlessness and the second time by the rejection of failing to live up to the expectations of parents who had no business imposing such expectations in the first place.
We need a battalion of Christians ready to adopt, foster, and minister to orphans. But that means we need Christians ready to care for real orphans, with all the brokenness and risk that comes with it. We need Christians who can reflect the adopting power of the gospel, which didn’t seek out a boutique nursery but a household of ex-orphans who were found wallowing in our own blood, with Satan’s genes in our bloodstreams.

Are you ready for #adoption? @drmoore shares his advice with @TriciaGoyer:

If what you like is the idea of a baby who fulfills your needs and meets your expectations, just buy a cat. Decorate the nursery, if you’d like. Dress it up in pink or blue, and take pictures. But adopting a child—that calls for more. It calls for love, for commitment, for your whole life.
Read the original post here.

Dr. Moore earned a B.S. in history and political science from the University of Southern Mississippi. He also received the M.Div. in biblical studies from New Orleans Baptist Theological Seminary, and the Ph.D. in systematic theology from The Southern Baptist Theological Seminary.
A widely-sought cultural commentator, Dr. Moore speaks frequently to issues of theology, culture, and public policy, having been quoted or published by many of the nation’s leading news agencies and periodicals—including the New York Times, Wall Street Journal, Washington Post, Chicago Tribune, USA Today, and the Associated Press.
He blogs frequently at his “Moore to the Point” website, and is the author or editor of five books, including Tempted and Tried: Temptation and the Triumph of Christ, Adopted for Life: The Priority of Adoption for Christian Families and Churches, and The Kingdom of Christ: The New Evangelical Perspective. In addition to these, Dr. Moore is also the author of dozens of academic articles and essays within the field of systematic theology and Christian ethics. He also serves as Senior Editor of Touchstone: A Journal of Mere Christianity.
An ordained Southern Baptist minister, Dr. Moore has served as a pastor for a number of Southern Baptist churches—most recently serving as preaching pastor at Highview Baptist Church from 2008-2012. More broadly, Dr. Moore has served his denomination at-large, as chairman and four-time member of the SBC Resolutions Committee, and as a regular columnist for Baptist Press.
Prior to entering ministry, Dr. Moore was an aide to U.S. Congressman Gene Taylor. A native Mississippian, he and his wife Maria are the parents of five boys.
Connect with Dr. Moore on his website and on Facebook and Twitter.