You are here: Home / family / Getting Perspective—Being a Teen Mom 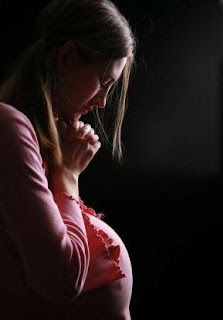 You can learn many things from children. How much patience you have, for instance.
—Franklin P. Jones, writer

Ugh. Sometimes being a parent can be so frustrating. Just as you’re finally working on your English essay or you’re at a good place in the movie, your child needs your attention. It’s as if he has an internal sensor that says, “Start crying, kid. Your mom is really busy now.”

Of course, when is a good time to be interrupted? Something always fills our time or takes our attention. That’s where perspective comes in. Perspective is viewing what happens today in light of the future. It’s considering what’s really important and contemplating what will matter to us five, ten, or twenty years from now. Then it’s planning our time and our goals accordingly.

Life as I See It
My fiancé and I were both excited about my pregnancy until reality set in. Then we were scared that we wouldn’t have enough money, enough space in our apartment, and worried that I wouldn’t be able to finish school. After we talked to some of our friends, we realized that we had plenty of support and would be able to figure things out.
—Amanda, Ontario, Canada

Change of Perspective
When we become mothers we think about things we never considered before—such as being a good role model or scheduling play into our day. We worry about vaccinations, pollution, and too much sexiness on TV. We see the world in a different light, mainly because we’ve brought a precious child into it.

Life as I See It
Before I was pregnant, all I wanted to do was get out of my mom’s house. Now that I have a child, I wish I could just go back and have my mom take care of me—but that’s not possible.
—Jessica, Montana

Being a mom has changed the way I think. I worry about things that I never worried about before. We went on vacation, and we had to fly. I have never had any problems with flying, but knowing that my baby was on the plane really upset me.
—Jessica, Florida

If I didn’t have my daughter, I wouldn’t be going to college or bettering myself. I would be one of those kids you see on the street drunk by noon. When I think of that, I appreciate her that much more.
—Jamie, Montana

Here’s another example of perspective:
Once there were two shoe salesmen who went to Africa to open new sales territories. Three days after they arrived, the first salesman faxed a message: “I will be returning on the next plane. I can’t sell shoes here. Everyone goes barefoot all the time.”

There was no report from the second salesman for about two weeks. Then came a fat, airmail envelope with this message for the home office. “Fifty orders enclosed. Prospects unlimited. Nobody here has shoes.”

When you became pregnant, it may have been difficult to consider your pregnancy in a positive light. You may have been like the first shoe salesman who simply focused on the negative and felt like walking away.
Of course you couldn’t walk away. You’re a mom now. Now you see the world with “mothering” eyes.

You’ve discovered there is a second way to look at your situation. Like the second salesman, you see the potential. Motherhood has become a time to reconsider your future. A time to clarify your goals. Or maybe it’s a time to take a different path.

Excerpt from Life Interrupted: The Scoop on Being a Young Mom, Zondervan Publishing
© Tricia Goyer, 2003