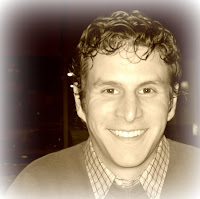 In March I flew out to California for a writer’s conference. As was the case last year, I learned a lot, met many great people, and came back revved for more writing. Additionally, I found the idea I think will become my next novel, which I am especially excited about because I had been struggling to come up with a new idea that really sparked my interest.

All of that aside, one thing I learned more about at the conference was author platforms. I already had a basic understanding, but somewhere along the way I had got it into my head that I needed to build a web presence if I hoped to find publishing success. I knew publishers weren’t really worried about platform for fiction writers in the same way they are for non-fiction, but it seemed like a bonus to me—that thing that would really make sales take off.

I came back from that first conference ready to build up a following on Twitter and to get myself a blog so people would know my name and would buy my book one day. Honestly, I think I had a moderate amount of success with at least part of that goal. I focused on Twitter content about writing—how to write dialogue, how to plot better, why adverbs are evil, etc. I posted what I found, retweeted similar content, and in the year that I’ve been on Twitter I’ve built a following of about 700 people, which is pretty good considering I don’t follow the spam accounts that inflate some people’s statistics.

I also started posting a regular guest post here after meeting Tricia at the conference. I took a similar strategy on my blog topics, covering different how to aspects of writing most of the time. I got a little bit of positive feedback, and brought in some listeners from Twitter as well.

All in all, I showed up at the conference feeling like I had done pretty well with my goals. But I had a nagging feeling in the back of my mind, that pesky question—will any of this really make anyone want to buy a book by me? I had my doubts, and I asked a few more knowledgeable friends for their opinion. Unfortunately, I was right.

I was accomplishing very little.

My problem, it turned out, was that I was drawing in the wrong crowd. I was offering content that other writers learning their craft would be interested in, which meant that, unless I wanted to write a book on writing books, few of my followers would turn into purchasers.

My target audience should have been people who love stories that are suspenseful and thought provoking. That is what I write, so those are the people who would be most likely to buy a book by me should one ever come out. My activity here and on Twitter might draw some of those people, but it would be coincidence because that isn’t the content I’m using to attract followers.

It was at this point that I learned the truth—a fiction writer’s platform is an amazing novel. It all starts there. The energy that I had been putting into Twitter and blog posts would be better expended making my book the best it could possibly be.

Once the book is ready, polished to shimmering brilliance, there are things I can do that resemble platform building. I can record myself reading the book and release it a chunk at a time in a podcast or post chapters on a blog. If the book is good enough, these and other creative ideas can generate interest and followers, but notice the difference. Those people would be following because they want to read what I want to write.

So this is my last post on here for the foreseeable future. I’ve enjoyed it and learned from it, so I don’t consider it a waste. But I think my creative time and energies are better spent honing my craft and writing more stories at this stage, so that’s what I intend to do.

I encourage you to do the same. Keep writing—but keep writing what you want to write.

Ben Whiting is a recent English graduate from the University of Texas at Arlington and former co-general editor of the award-winning collegiate publication Marine Creek Reflections. He loves writing dark, psychological suspense and plans to devote more time to writing more of it.