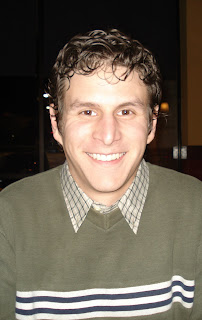 How to Keep Dialogue Internally Consistent – Learning Fiction from the Bible, Part 1

A few weeks ago I was reading in the gospel of John and I came to the story of Jesus and the woman at the well. As I worked through the chapter, I began noticing some interesting dynamics in the conversation. I examined the dialogue more closely, and this post is the result—the first of what I expect to be a short series.

Now, just because the Bible is the best-selling book of all time, that doesn’t mean I’m recommending you copy all of the mechanics you find in it. The Bible wasn’t written with entertainment as it’s central focus, as most of today’s fiction is, so there are things in it that would be frowned on in modern narrative. Still, I think we can learn several things about the way real people talk. First:

We’ll pick up the story already in progress, in the middle of John 4. Jesus is waiting beside a water well for the disciples to return with food. A woman comes along to draw water, and Jesus asks her to get him a drink. Let’s see what happens:

The Samaritan woman said to him, “How is it that you, a Jew, ask for a drink from me, a woman of Samaria?” Now because John is not writing to entertain, he pauses here to explain that Jews don’t deal with Samaritans. Even without that, however, her question conveys much of the information without telling.

Too often writers hit their readers over the head with blatant information dump in dialogue, which might look like this: “Why would you ask me for a drink, since your people hate my people because we are not pure-bred Jews and do not worship the same way you do?”

That example doesn’t seem natural because both characters already know the information passing between them. Real conversation doesn’t work that way. Jesus and the woman know the history at play here, so the woman just asks why he isn’t acting the same way everyone else does. The reader is smart and realizes there has been some bad water under this bridge, even without knowing all the details.

Note: If one character wrongly assumes that the other person doesn’t know something, it is perfectly natural for them to mention it.

Jesus answered her, “If you knew the gift of God, and who it is that is saying to you, ‘Give me a drink,’ you would have asked him, and he would have given you living water.” There is another technique at play here that makes dialogue more realistic—the oblique response.

On the surface, Jesus’ answer just seems random—how does that answer her question? This happens all the time in real conversation because everyone involved has their own thought processes going on throughout. It’s like two rivers that are both headed north—from a distance they match each other, but if you look at an individual bend they may appear to be going in radically different directions.

Jesus isn’t being quite as random as it looks though. The woman is questioning his behavior, and Jesus answers by pointing her to his identity. Subtly, he tells her that he is God’s gift and can in turn give her eternal life. She doesn’t get what he’s saying, as evidenced by her next sentence (basically, “Where’s your bucket to draw water with?”), but the fact that he is God come to offer her eternal life actually does explain why he is departing from customary practices to engage her.

The bottom line with all of these responses is that they are internally consistent with the person saying them. The Samaritan woman doesn’t mention a slew of things that she expects Jesus to know. In response, Jesus offers an answer that reflects his more complete (read: spiritual) understanding of the situation, while her words show that her perspective remains trapped in the physical realm.

Try incorporating this into your own fiction. Know what each character is thinking, and make their words consistent with those thoughts. An answer may only make sense to you, as the author, and the character saying it, but resist the urge to explain. Leave a few things under the surface. Your readers will probably follow what’s going on better than you think, and they’ll enjoy figuring it out themselves.

That isn’t all of the conversation, so next time we’ll look at a few more characteristics of engaging, natural dialogue.

Ben Whiting is a full-time English student at the University of Texas at Arlington and co-general editor of the award-winning collegiate publication Marine Creek Reflections. His current writing project, Penumbra, is a contemporary suspense novel that he hopes to finish over the summer.