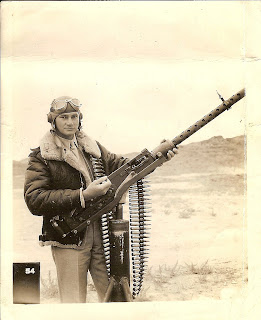 Beyond the Pain By Candy Arrington

Several months ago I discovered an ancient cardboard box wedged in the back corner of my father’s closet. Inside were the remnants of his military service: ribbons, a 1943 Christmas menu from headquarters in Fortaleza, Brazil, good conduct and air medals, his wings, his war department ID, an aircraft spotters’ guide, and the letter notifying my grandparents that my father was missing in action and presumed a prisoner of war.

My father served in the Army Air Corps during W.W. II. During the last year of his four-year tenure, he was a prisoner of war. In a daring endeavor, he eventually escaped through the Underground.

When my father returned to America, he did not talk about his war-time experiences. He packed away the pain in a mental compartment similar to the cardboard box that housed the history of his military service.

In the early 1970s, my cousin, Wesley, came to the U.S. from Africa, where his parents served as missionaries, to attend the United States Air Force Academy. Our home was his home and during the summer before his freshman year, my father bought him a pair of military dress shoes, took him out to our driveway, and taught him to march.

“I want him to be a step ahead of the other boys when he gets there,” Daddy said.

After dinner each night, Daddy hauled out a war story, dusted it off, and told Wesley about his experiences. Mama and I looked at each other in amazement as we heard never-before-told tales. I think my father identified with some of the challenges Wesley faced in the four years ahead.

Often when we go through difficult life situations, we swallow the hurt and consign the pain to a private corner of our minds and hearts. Some don’t grow from the experience; they remain frozen in grief or anger. But 2 Corinthians 1:4 reminds us that we are to minister to those around us with the same comfort we receive from God.

My father never talked much about this military experience until my cousin embarked on a similar journey. Perhaps someone in your sphere of influence is facing a difficult situation. Although it may not be identical to your experience, your wisdom may prove of great benefit. Emotional pain may result as you dredge up uncomfortable memories, but be available to help someone learn to march down the difficult road ahead.

Her publishing credits include hundreds of articles in periodicals such as Focus on the Family, Today’s Christian Woman, Marriage Partnership, Encounter, The Lookout, The Upper Room, Advanced Christian Writer, CBN.com, The Writer, and Writer’s Digest. Candy’s stories have appeared in the Chicken Soup and Cup of Comfort series. In addition to When Your Aging Parent Needs Care, she is coauthor of Aftershock: Help, Hope, and Healing in the Wake of Suicide. Candy serves on faculty for two national writers conferences, is on staff with The Christian Communicator Manuscript Critique Service, and is a member of the American Society of Journalists and Authors.