Now that my latest WWII novel, Remembering You, has released I’m reminded of how it all began…

On October 9, 2000 two friends and I rolled into the town of St. Georgen, Austria. The Danube looked gray, not blue, as did the sky. The picturesque village was no different from dozens of others I had seen on European travel videos. The square, plain houses that lined the road reminded me of a pretend town my children had once made out of cereal boxes and construction paper. Pointing the way to the town center was a white sign in the shape of an arrow. Why do I remember that arrow so vividly now? What other changes in my life was the arrow pointing to? I am still on the path to finding out.

Looking back, I now realize my anticipation was overwhelmed by a grip of apprehension as the road curved closer and closer. I entered as an adventurer enjoying a holiday with heart-friends. I exited feeling strangely different-more responsible, more grown up, and yes, even more alive. For in some mysterious way my heart was now interlocked with hearts of distant strangers. Real breathing, dreaming, loving/hating people who had been thrown together by the decision to build a concentration camp in the beautiful Austrian hills. 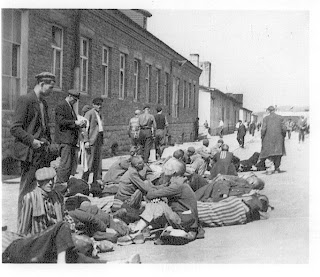 We had entered in search of one woman, Martha (pronounced Marta), the town historian who had made-real the vision of creating an annual memorial service for camp victims. We exited carrying sheaves of tales-many came from those that still lived among those same Nazi-built roads, bridges, and homes.

As we listened to Martha that evening over bread, cheese, and lukewarm tea, I imagined thousands of voices trapped inside her head, wishing for their chance to break free. From Martha came a flood we dared not damn up with questions. Before one story was finished another equally as poignant broke through. There was nothing we three could do but sit and absorb them as a wet sponge soaks up spilled milk.

Later that night as we entered the local bed and breakfast, I couldn’t face lifting my suitcases from the car. I had no desire to be weighed down with “things” while struggling to hold on to so many stories. From the twenty-three American soldiers who liberated thousands, to a lone woman venturing forth to feed the half-dead, to the prisoners who beat the odds and lived to see life outside the camp, I knew I had to share these people with the world. 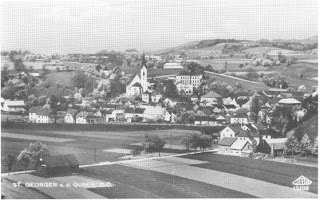 When we rolled out of St. Georgen the next day, my eyes were fixed on a new vision. The town of October 2000 was a blur, somehow replaced by the town of May 1945. And from that day until now, I still carry those people, those stories, that place, with me. Forever in my mind. Forever in my soul. Forever a teardrop away. And now, my dear heart-friend, it is time to share all of them with you. Will you also be forever changed by the tales you’re about to partake in? In that I have no doubt. 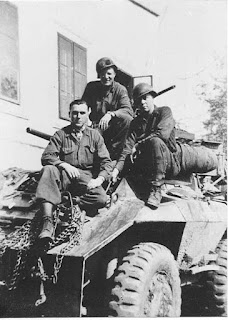 Learn more about From Dust and Ashes (including real stories and pictures from the veterans).