You are here: Home / Uncategorized / Illuminated by Matt Bronleewe

This week the CFBA is touring Illuminted by Jars of Clay founder and ex-band member, Matt Bronleewe! 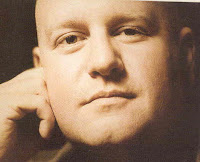 About the author: Matt Bronleewe is a recognized producer, songwriter and author. The former member of the band Jars of Clay, has earned numerous awards producing and co-writing albums that have sold a combined total of over 20 million copies. His songs have recently been recorded by Disney pop sensations Aly & AJ, American Idol finalist Kimberley Locke, and more. Bronleewe has worked with Grammy Award-winning artists such as Michael W. Smith, International pop singer Natalie Imbruglia and Heroes star Hayden Panettiere.
Born in Dallas, Texas, Bronleewe was raised on a farm in Kansas, where he lived until he left for college in 1992. At Greenville College in Illinois, Bronleewe formed the band Jars of Clay with his dorm roommate and two neighbors, and the group soon found success. Though Bronleewe opted to leave Jars of Clay early on to pursue an academic career, he soon found himself in Nashville, co-writing, producing, and playing music professionally.
To add to his list of accomplishments, Bronleewe has expanded his love of story telling beyond music into authorship. He is currently penning a 5 book series for Thomas Nelson Fiction. Illuminated, in stores now, begins the adventurous series about rare manuscripts and the mysteries within. “I believe we are entering a new Renaissance,” shares Bronleewe. “We have the power to express our thoughts, ideas and knowledge in ways never before possible. There are new creative mediums cropping up everyday. It’s easy to get caught up in the differences between these creative outlets, but in truth, they are synergetic, working together to foster a new age of artistic innovation. In the end, it all boils down to storytelling, and we all have a great story to tell.”
Bronleewe currently resides in Brentwood, Tenn., with his wife and three children. He continues to write and produce music, and he also volunteers through his church to help disadvantaged youth in the community. Bronleewe enjoys reading, taste-testing good food and watching sports, as well as indulging his interests in art, architecture, design and science.

About the book: IT’S BEEN 500 YEARS IN THE MAKING…PREPARE TO BE ILLUMINATED…
August Adams has failed his family before. He’s sacrificed relationships in pursuit of adventure, fame, and money. Now the very lives of those he loves depend on his ability to decipher a centuries-old puzzle encrypted in the colorful hand-painted illuminations that adorn three rare Gutenberg Bibles.
It’s a secret that could yield unimaginable wealth, undermine two major religions, and change the course of Western civilization. Two ruthless, ancient organizations are willing to do anything to get their hands on it. And August has the span of one transatlantic flight to figure it out.If he fails, those he holds most dear will die. If he succeeds, he’ll destroy a national treasure.
The clock ticks, the suspense mounts, and the body count rises as August pits his knowledge and his love for his family against the clock, secret societies, and even Johannes Gutenberg himself.
You can find out more on his webpage…