You are here: Home / faith / Is the Grass Truly Greener on the Other Side of the Fence? | Guest Post by MaryLu Tyndall

Today on Living Inspired, I’m going to be chatting with two guests, one of them being MaryLu Tyndall! Without further ado, here’s MaryLu with a special guest post! 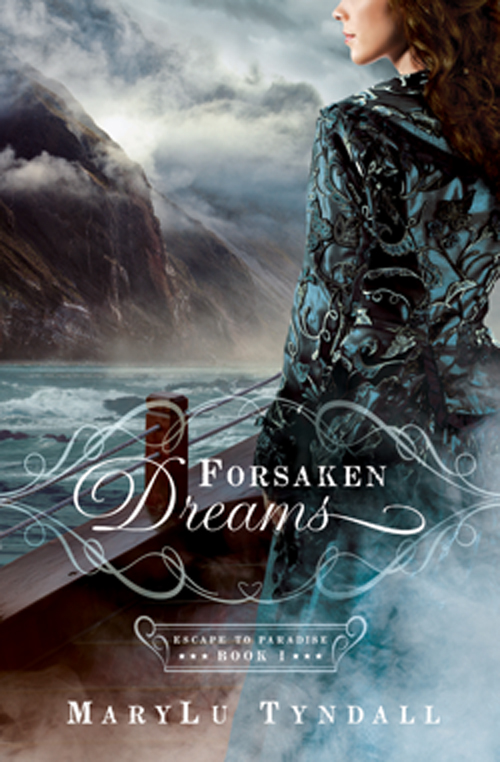 Forsaken Dreams is the first book in a trilogy that is based on a little-known historical event. It’s the sort of event that perhaps the United States would like to keep buried in history because it doesn’t reflect well on our great nation. But it does give us insight into human nature, in particular our desire to run away from all our problems. It’s the grass-is-greener-on-the-other-side-of-the-fence syndrome. Or in my personal life’s case, the I’m-looking-for-something-I-believe-God-can’t-provide syndrome. You see, more than 20,000 Southerners fled the South after the Civil War. Battle-weary, impoverished, devastated, and angry, they refused to live under Northern rule. So, they took what few belongings they had left, boarded ships, and sailed to Brazil, hoping to recreate a Southern Utopia.
But like everything in life, things rarely work out as we planned. In my own life, I ran away from God at an early age. I just couldn’t imagine that following Him would bring me the romance and adventure I sought! I mean, I had to keep such strict rules if I stuck with Him. That didn’t sound like fun. The world was calling me, telling me that I had a soul mate out there who would love me forever, and we would ride off into the sunset to a blissful happily-ever-after. And for an insecure, rejected, teenage girl, that sounded pretty good to me.
The truth of the matter is, there was Someone out there just like that. Trouble is He was the very Person I was running from. Years later, I crawled back to Him, filthy, stained, and dragging baggage behind me that I still carry around. The same thing happened to many of the Southerners who thought the answer to their problems was somewhere else. Some stayed in Brazil, but most returned to the States when they realized that there is no Eden, no Shangri-La this side of heaven.

Read about @MaryLuTyndall’s story of #faith today on @TriciaGoyer’s blog:

It took me awhile, but I finally joined them in returning to my roots. In the process I discovered that there is satisfaction in this world, there is a heaven this side of heaven. And that is knowing God. I woke up in the pig pen and dragged myself back to Him nearly twenty years ago, and I have never once looked back.
The funny thing about running away from God is that you can’t! Even though I ignored Him for years and did a bunch of bad stuff that I’m sure broke His heart, He was always there. As I look back, I see how He protected me, tried to help me, sent people in my path to pray for me, and wooed me with His love. Though I gave up on Him, He never gave up on me.

Only One Person can give you the value, purpose & love you’re searching for. @MaryLuTyndall @TriciaGoyer

Our culture is full of examples of people running away from God and seeking love and value in other things that will never satisfy. I say, don’t waste your time! I’ve done it all and am still suffering the consequences of those years apart from God. There is only One Person who can give you the value, purpose and love you are searching for. And He’s the best Father ever!! Take it from me.

More about MaryLu: MaryLu Tyndall, a Christy Award Finalist, and best-selling author of the Legacy of the King’s Pirates series is known for her swashbuckling historical romances filled with deep spiritual themes. She holds a degree in Math and worked as a software engineer for fifteen years before testing the waters as a writer. MaryLu currently writes full time and makes her home on the California coast with her husband, six kids, and four cats. Her passion is to write page-turning, romantic adventures that not only entertain but expose Christians to their full potential in Christ.
Connect with MaryLu: Website, Blog, Twitter
More about Forsaken Dreams:
They Left Everything Behind to Build a New Southern Utopia
Colonel Blake Wallace has seen enough death to last a lifetime. Weary and disillusioned, he slumps beneath the weight of defeat and loss. With his entire family murdered by the North and his name appearing on a list of officers wanted for war crimes, Blake organizes a shipload of southerners who, like him, long to escape the horrors of war and start a new life in a verdant land called Brazil.
Eliza Crawford can barely remember the days of her youth spent in opulence and comfort at her Georgian home. She can’t help but wonder how different her life would be had she not met her late husband, Stanton Watts, a general in the Northern army. Now a war widow, Eliza is rejected by both North and South. Desperate to keep her marriage a secret and escape her past and pain, she longs to start over again in Brazil.
But once the voyage begins, troubles abound. Dangers at sea and enemies from within threaten to keep Blake and Eliza from the new life—and love—they long for.