You are here: Home / Words / Journey to Book 2 by Dan Walsh 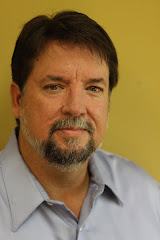 A lot of things went right with my first novel, The Unfinished Gift. After one rejection letter, the next two agents wanted to read the whole book. I signed with one who landed a contract with Revell in just a few months. When it came out, it received a 4.5 Stars/Top Pick rating from Romantic Times. Tons of great reviews followed, and it sold well for a first book (so I’m told). It is now a finalist for ACFW’s Carol Award in 2 categories.

But what about Book Two?

Did I even have a Book Two in me? I’ve read bios of so many authors: “She’s written fifty novels.” Fifty novels? Could I even come up with a second? The storyline of The Unfinished Gift seemed pretty complete, and it was a one-book deal. But I had this nagging sense there was at least one more story to tell. My agent and editor both asked, “What else do you have in mind?”

“I’m thinking there’s a love story here,” I said. They both had wondered the same thing, but the way the first book ended, it seemed there were too many obstacles to overcome. The biggest was my main character, Shawn. In The Unfinished Gift Shawn’s wife, Elizabeth, dies in a tragic car accident while he’s flying bombing missions over Germany. She was his first love, his only love, and he loved her madly. How could Shawn get past this tragedy to love someone else? When I put myself in his place, I’d be destroyed by what I did to him, probably for years.

Obstacle Two: Katherine Townsend is the social worker in the first book. She comes to cherish Shawn’s son, Patrick, as her own. But she has no reason to even stay connected to the Collins’ family now that Shawn is home from the war. What would have to happen to even give her a reason to stay in the story, let alone become the woman who would mend his heart?

I was perplexed. I asked God to help me see the love story I knew was hidden here somewhere in the lives of these characters. The great Michelangelo was asked once about his inspiration for an angel he’d sculpted. “I saw the angel in the marble and carved until I set him free.” That was my task. I pondered these characters, thinking about what kind of things might have to happen for a love between them to begin to form, then to blossom, then come into full bloom.

Then it came to me, almost all at once.

I quickly wrote out a synopsis, then started to write the book. At 75 pages, I sent what I had to my agent and editor. They loved it. Revell offered me a second contract. Months later, I sent the finished manuscript to my editor, then waited anxiously for her response…for 6 weeks. I began to imagine she must hate it. She’s waiting for the right time and the right way to tell me.

The email finally came: “Dan, I’m sitting here with your second book in my lap. I’ve just finished wiping the tears from my eyes. I absolutely LOVE it, just the way it is. I can’t wait to see it published.” We decided to call it The Homecoming.

A few months later, Colleen Coble offered to read it for a possible endorsement. She loved the first book, what would she say about The Homecoming? She got back to us with this: “One of the most delightful and touching love stories I’ve ever read. Highly recommended.”

Then I waited for the Romantic Times Review. Would they hate it? Call it a sad follow-up to the first book? I opened the email from the marketing folks at Revell. RT gave The Homecoming 4.5 Stars and said: “The emotional storyline and well-crafted characters will appeal to all. Walsh demonstrates that, like Nicholas Sparks, men are capable of writing romantic fiction.”

Nicholas Sparks? Are you kidding me? We were delighted. But the journey doesn’t end there. To my great surprise, a third book followed, then a fourth (one will be out this spring, the other the following Christmas).

And now I’m researching and staring my fifth novel.

I guess I am a writer, then. The journey continues.