You are here: Home / Community / Journey on the Titanic 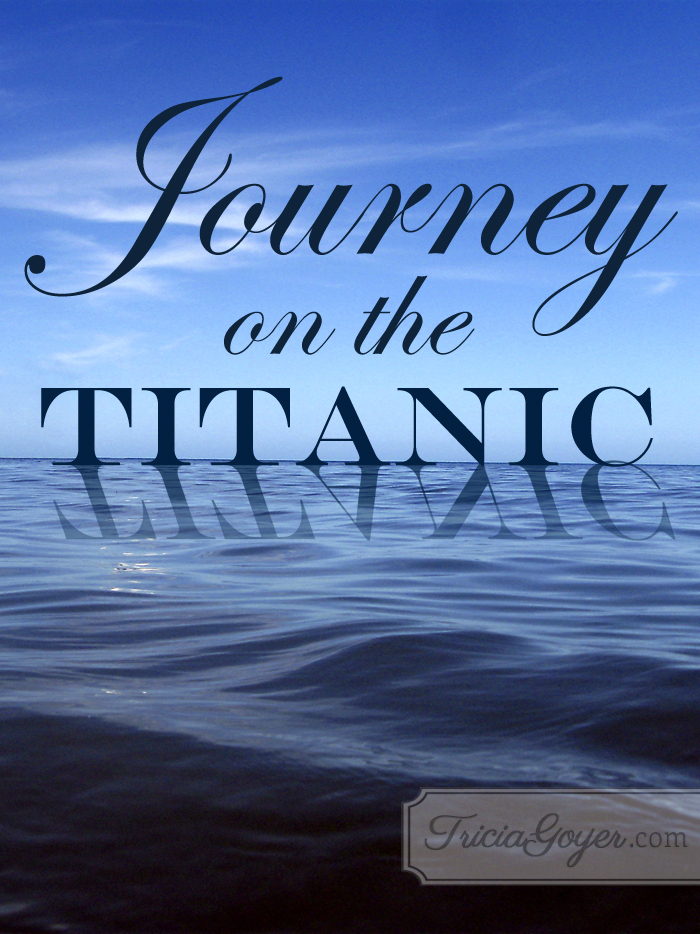 Journey on the Titanic

My family didn’t know what to expect when we drove up to the Titanic Attraction in Branson, Missouri.

The museum itself looks like the hull of the Titanic from the road. It was pretty strange to see the large smoke stacks from the distance.

We were greeted by a stewardess who handed us boarding tickets. On each of the tickets was a name of a passenger. We’d know by the end of the journey through the museum if we survived or not. A shiver ran down my spine as I looked at my family. Was it possible one of us wouldn’t make it?

The first thing that greeted us inside was a full-scale model of the Titanic. I stayed back longer than the rest studying every detail. I’d come to the museum to research for my novel By the Light of the Silvery Moon (Barbour 2012), but I had a feeling that I wasn’t the only one who would get something out of this trip.

Deeper inside there was room after room of exhibits. Exquisite displays highlighted the ship, the builders, the crew, and passengers. Along with photographs there were full-scale replicas of the Grand Staircases (there was more than one of the ship) and the staterooms, but my favorite part was the Titanic artifacts—a man’s watch, a woman’s clutch, a life vest worn by one of the survivors.

My husband, kids, and I huddled around the water tank that held water the same temperature of the ocean water the night the Titanic sank. One by one we dipped our hands in. I was shocked that my hand ached after only ten seconds. Tears filled our eyes as we read the list of names of those lost. After finding the names on our boarding passes on the memorial wall we discovered only half of our group survived—I didn’t. We left that day with a greater understanding of one of the greatest tragedies in history, and with heavy hearts.

And, like any good homeschooling mom, when we got in the car I asked a few questions:

Find out those questions and read the rest of the article over at HEDUA!

Homeschooling? Check out these resources about the Titantic on @TriciaGoyer’s blog