You are here: Home / Uncategorized / Lebensborn Homes in Nazi German: “Source of Life” 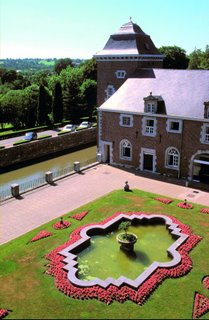 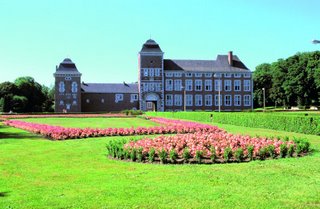 Sacred shall be every mother of good blood.

~from the articles of association of the LEBENSBORN Society

Since there is such a huge interest in Lebensborn homes as of late, I thought I’d share some of what I learned during research.

In my World War II novel, Arms of Deliverance, the story centers around the Lebensborn home in Belgium. These are photos of the castle that was used for the home.

The SS opened the Ardennen Lebensborn home in March 1943 at Wegimont bei Lüttich. Pregnant mothers with Germanic blood were accepted as well as children fathered by Fremdlaendi members.

The purpose of the Lebensborn Foundation was to provide “racially pure” young women a place to have birth in private away from their homes. The first home was opened in 1936 at Steinhoering, under the pseudonym “Heim Hochland” (“home high country”) near Munich. The SS by the end of the World War II had set up 10 homes or nurseries. Another source notes 13 homes.

Himmler’s Lebensborn (wellspring of life) had the additional advantage that his SS men didn’t have to go to brothels where they would be exposed to venereal diseases which would impair their fighting qualities.

These were not buildings that were hidden away in some back street. The government openly publicised them and they had a white flag with a red dot in the middle to identify them to the public.

The Lebensborn hom in Belgium was abandoned, November 13 1944. The children were taken into Germany–many to never discover their fate.

For a list of all my historical novels go here.