You are here: Home / Uncategorized / Lebensborn 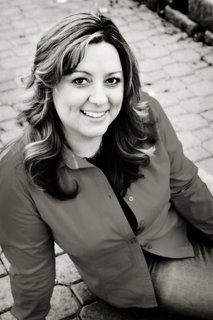 Well folks it seems the whole world is a buzz about homes in the days of Nazi Germany where women would birth children for the Reich.

Everyone’s talking about it:

The New York Times
WERNIGERODE, Germany, Nov. 4 — For Guntram Weber, the journey that led to this quaint town of horse-drawn carts and half-timbered houses was long, wrenching, and anything but redemptive.

Four years ago, Mr. Weber discovered that his father was not, as his mother had told him, a young soldier who died honorably on the battlefield during World War II. Instead, he was a high-ranking SS officer, who oversaw the deaths of tens of thousands of people while stationed in what is now western Poland.

CBS News
(AP) For decades they suffered in silence, aging Germans who as children were selected by the Nazis for their Aryan qualities and handed over to SS families. Collectively known as “Lebensborn children,” some will gather publicly Saturday for the first time.

Many are trying to make peace with pasts they long kept cloaked from shame. They are asking questions, tracing their roots and demanding that the truth be told about SS chief Heinrich Himmler’s Lebensborn, or “Source of Life,” program.”

It is an important issue and it is time that it finally comes to light,” said 64-year-old Dagmar Jung, whose adoptive parents refused for years to answer her questions about her past as a Lebensborn child.

(And there are a TON more online!)

First of all, I wish I had all these new articles when I was researching for my novel, Arms of Deliverance. At the time, Lebensborn information was hard to find.

But mostly I’m thrilled that this story is getting exposure. The truth was when I told people that my novel, Arms of Deliverance was about Lebensborn homes most people had no idea what they were about.

In my novel, Katrine, a Jew in hiding does “too well” in her cover as an Aryan, and she finds herself pregnant by a Nazi officer who works for the Office of Radical Purity. Katrine is taken to a Lebensborn home, and she realizes that both her life, and her child’s, are at stake if anyone discovers her true identity.

This story centers around the one Lebensborn home in Belgium. Very little is known about this home, but I was able to get amazing information from a friend and historian who grew up in the area!

I won’t tell you more about the story, but it’s a page-turning story if I say so myself.

So, how long do you think it will take before Oprah has some of these Lebensborn children on her show?

Do you think she’d be interested in having my book in her book club????

Maybe if we ALL email her and tell her??? What do you think!