You are here: Home / family / A Letter to Teen Moms | You Are Important

Today I am writing a letter to teen moms.  I want to tell you that you are important.  Today I want to share my heart with you.  I’ve been where you are. So let’s talk. 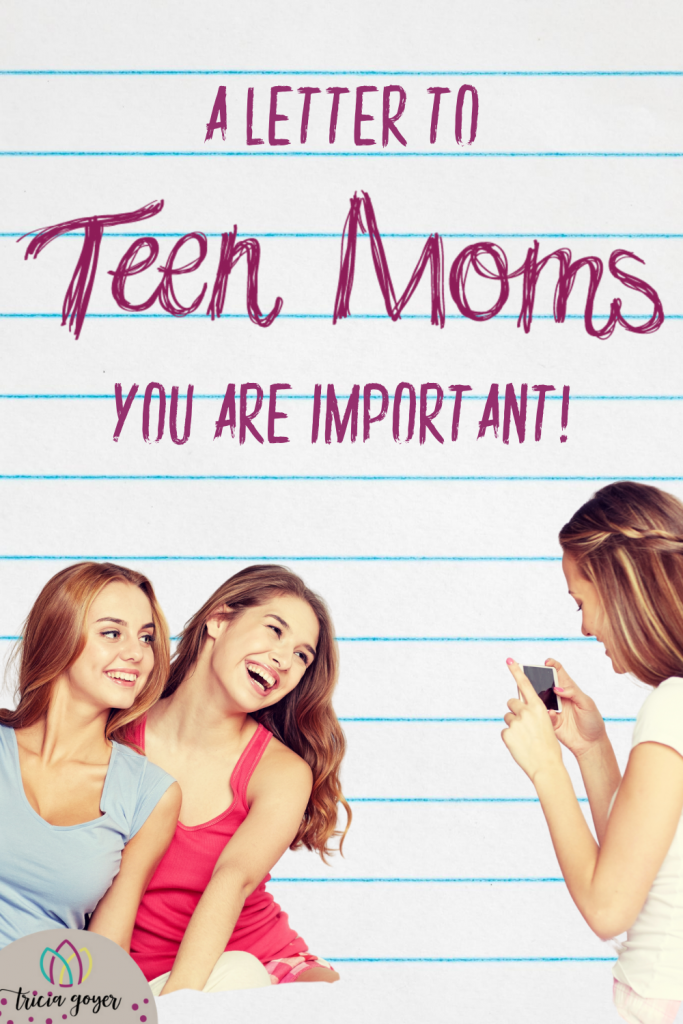 Yes, you are important. Importance means having meaning. There are many things that people feel are important for young people: school, good grades, sports, and accomplishments. 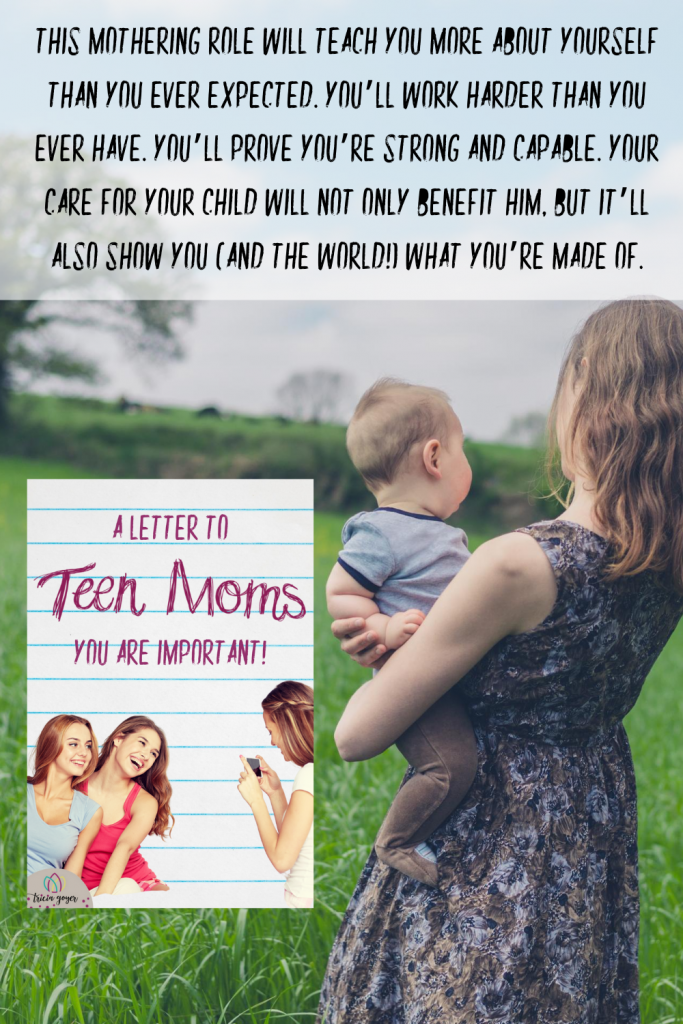 I want to share a mountain climbing story.  What does that have to do with this letter to teen moms?

Are you beginning to see why I included this story in this letter to teen moms today?

You’re a mom now, and the obstacles you face may seem as big and insurmountable as that mountain.

But there’s one thing that’s even more powerful than your challenges. That’s your love.

Do you feel that way? Do you think that because you’re a mom at a young age that all the plans you once had aren’t possible? Maybe you never really considered what your future looked like. Maybe you never allowed yourself to dream. That’s precisely why I am writing this letter to teen moms…

I would have loved to have read a letter to teen moms like this at the time.  It would have been easy for me to just give up and not try. I’d seen that time and time again in the people around me. I have many family members who’ve worked minimum wage jobs their whole lives, who have never owned a home, and who never got their high school diploma. In fact, when I found out I was pregnant, I dropped out of high school too.

I’m thankful that I dared to work hard to achieve my goals. I finished my high school classes at home and got my diploma. Here are a few other things I’ve done.

I’ve attended college.
I’ve gotten married.
I’ve attended numerous writers’ conferences.
I’ve written hundreds of articles for national magazines.
I’ve won awards for my writing.
I’ve written more than eighty books.
I’ve homeschooled three children all the way from kindergarten through high school.
I’ve traveled to more than forty states.
I’ve traveled to twelve countries.
I’ve been interviewed on television.
I’ve hosted my own radio show.
I’ve been married for thirty years.
I’ve adopted seven kids.
My husband and I have bought three houses. (One at a time!)
I’ve helped start a crisis pregnancy center.
I’ve led a teen moms’ support group for twelve years.
I’ve shared my story of being a teenage mom on stage in front of five thousand women.
I’ve taken my kids to Disneyland and Disney World many times, and my whole family has gone on a cruise.

I’m forty-seven years old, which may seem ancient to you, but I’ve had a good life. And I didn’t do all those things right away, but as the years have gone by, I’ve been amazed to see how my life has turned out.

I get so tired of people asking, “How old are you?” We even had to change pediatricians once because the doctor wouldn’t speak to me as an adult. I wanted to yell, “Hey, I am her mother. I’m responsible for her welfare!” I used to cry at night, not because I didn’t want this but because I had no idea how much my life would change. — Marjie, Montana

When I went into the hospital for my non-stress test, the nurse told me that she wanted my baby and that she would prepare the adoption papers if it was a boy. — Amanda, Ontario, Canada

Waking up to my son’s smile and my daughter’s snoring makes me realize that the little things these little people do will forever be engraved in my heart! — Elizabeth, Arkansas

Mom, you’re the one who will determine your future. Don’t let anyone tell you that you can’t amount to anything. That’s not true. You can work hard to achieve anything you set your mind on. Surround yourself with people who believe in you. Find other people who can support you, help you, and offer help in return.

Also, know that you were created for a reason. God made you, formed you. He made and formed your child. He has a good plan for your life. You are important to God, and that makes you important.

And if you say the same thing about yourself, well, that’s exactly what you will do too.

Everything changes the day you discover you’re going to be a mom. It’s not just yourself that you think about—you have a child to care for, too. While you wouldn’t trade your child for the world, some days are just hard. Baby-daddy drama, dealing with your parents, and worries about school, work, and your future slam you. Your friends can’t relate to your little family, and you wonder if God has turned His back on you, too.

Tricia Goyer understands. A mom at age 17, Tricia remembers what it felt like to carry the weight of the world on your shoulders. She’s also been the coordinator of a teen mom support group for over twelve years, and she’s cheered on many young moms—from all walks of life—through their journey.

In Teen Mom: You’re Stronger Than You Think

, Tricia pours out her heart and shares advice for the hard things you face. She also longs to provide encouragement, reminding you that you can be the mom your child deserves—not in your own strength, but in the strength God provides.

Word Identity | Your Words Change Everything!

Somebody Needs to Hear

17 Ways to Reach out to Single Moms

Why Does Mentoring Matter? A Lesson From Mary

Just Be Available to God

God Is Not Punishing You For Your Past Sins

How to Start a Teen MOPS Group

How to Help Teen Moms