You are here: Home / marriage / Married with Children…Part 2 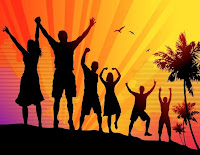 A Plan and a Purpose!

“Marriage is a purposeful relationship. All research indicates that an intimate marriage provides the safest and most productive climate for raising children,” writes Gary Chapman, author of The Four Seasons of Marriage. The more time parents spend talking about issues, taking parenting classes, and providing a united front, the more purposeful their parenting. They can come up with a plan and help each other implement it.


Husbands and wives also bring unique input and insight, depending on how they were raised and the type of resources they turn to for advice.

Parents today are becoming better educated about the needs of their children and being more intentional about their parenting. They make more sacrifices and work harder at building relationship with their kids than the parents of Xers did, resulting in closer relationship between N-Geners and their parents.


Of course, joining together as a team is sometimes easier said than done. Dr. John Roseman writes, “Today’s typical wife, as soon as she becomes a parent, begins to act as if she took a marriage vow that read, ‘I take you to be my husband, until children do us part.’”
I remember a time not too long ago when a wife who became a mother remained first and foremost a wife. Whether they had children or not, women who worked outside the home were referred to as “working wives,” and women who worked in the home were “housewives.”
But a change has occurred in the language we use to describe a woman’s employment status. Today, a woman who stays home with her children is called a “working mom” or “stay-at-home mom.” Some consider this an improvement, but I think it reflects a dangerous shift in focus from wife to mother. In other words, societal attention has moved away from the marriage and onto the children.

Roseman goes on to say: “This shift came about largely because America shifted to a self-esteem based child-rearing philosophy, and women became persuaded that the mother who paid the most attention to and did the most for her child was the best mom of them all.”

I watch this perception play out in the lives of many women I know. Gen-Xers are very focused on their children—sometimes to the point of sacrificing their marriages. And I know firsthand, because for many years I placed more emphasis on my role as mom than my role as wife. My time, energy, devotion went to the kids first, and John got the leftovers.

It wasn’t until the kids were in middle school that I realized the best thing I can do for my kids is to love their dad. Their very lives depend upon the strength of our relationship; if it crumbles, their world does too.

Additionally, the way John and I interact serves as our children’s model for marriage. In fact, the type of marriage I have with John is most likely the kind my kids will have too. That’s huge.