You are here: Home / Uncategorized / Meeting God at the Ball … 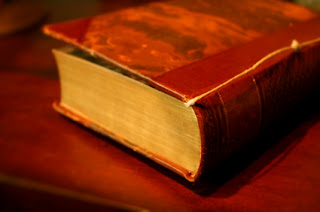 I’ve been reading through 1 Corinthians and what I read this morning perfectly summarizes what I experienced last night while sitting at the Christy dinner. First of all, it was wonderful attending with no expectations and no agenda. I was not a Christy award nominee, nor was I sitting with a publisher—as wonderful as they are! I was there with friends to celebrate friends. And to cheer on those who God used to write amazing novels for His glory.
The people in attendance wore the most wonderful dresses and suits you can imagine, but for those who I’ve had the honor of getting to know personally, what really sparkled was their hearts.

I’m not sure how many people attended, but I’m sure there were a few hundred. And what struck me the most as that I was sitting there with them … I was included, invited in. Not by any organization, but by a God who called me to this work.


A girl born in a place called Weed—a not-much-there town, born to a single mom.

A young woman who made all the wrong choices, except one … to give her mess-ups to God at 17-years-old and trust He could do something better with her life.
A former teen mom. A mom of three by age 22. A person bearing no degrees which confirm I excel at my understanding literature or have been trained in higher education.
Someone who should have won the: least-likely-to-be-a-published novelist award at my first writer’s conference in 1994 (if they’d given such a thing out). And there I was, sitting among the top publishers, top agents, top writers, feeling grateful and in awe of God-at-work.
1 Corinthians 1:28-29 says: (Amplified version)
And God also selected (deliberately chose) what in the world is lowborn and insignificant and branded and treated with contempt, even the things that are nothing, that He might depose and bring to nothing the things that are,
So that no mortal man should [have pretense for glorying and] boast in the presence of God.
Last night as I sat in that banquet room that sparkled and shined with fine china and finer smiles, I felt the presence of God. Through God’s power, and for His glory, we were there to celebrate the fact that ideas—just simple ideas—had been transformed into powerful stories worthy of acknowledgement.
God used a team, which include writers, editors, publishing staff, marketers, … and, yes, even readers to share His heart through the written word. He created a story where none existed before. He brought to life the breathings of His heart in a way readers will understand, even more than that embrace.
I had a hard time holding back the tears. From the opening prayer to the closing one, I just wanted to let the tears flow. (Okay, a few times during the prayer they did, but that’s just between you and me.) 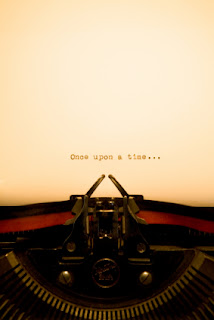 I was there to celebrate, and celebrate I did—my friends, good fiction, teamwork, honor, and God. God who uses weak things for great purposes. God who shares His heart as we dare to take that nugget of idea He gives us, and listen as He begins:
Once upon a time …