You are here: Home / books / My Husband is My Biggest Fan

If you’ve been involved in the blogging world for any time it would be safe to say that our neighborhood is filled with women’s voices. Yes, there are men who blog–and do a fine job at it–but the majority are moms of young children who have finally found an outlet for the one million thoughts dancing around in their heads as they raise, guide, cherish, and lead their children … and love their husbands on the side. (Or at least that’s the blogs I read most!)

It would also be safe to say that when it comes to The Christmas Story Mary gets far more attention than Joseph. Yesterday when I was putting out my nativity set I had to look closely to figure out which one of the ceramic dudes was Jesus’ father. While there is only one Mary, the shepherds and the wise men tend to crowd Joseph out.

I got to thinking more about Joseph today as I started a personal study through Beth Moore’s new Bible Study, Mercy Triumphs. I was intrigued that Beth started the study with Jesus’ father of all people, and here is a passage that really stood out:

“Nothing was going as planned. Most Jewish men didn’t live like this. They knew what to expect. The only thing they needed to know was what their fathers knew. Their trade was his trade…The moment Joseph learned that the woman pledged to him was expecting, normalcy sprouted wings and flew like a raven to the wilderness. Suddenly the unexpected became all this carpenter could expect.” Mercy Triumphs, p. 15

Reading about Joseph made me think of all the “men” out there who support the women who get far more attention for their wittiness, their insight, and their social media connections. It made me consider my own husband. It would be safe to say that in the last ten years since my first novel got published, “suddenly the unexpected became all this computer guy could expect.” 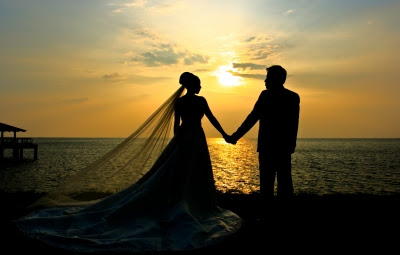 John and I often joke that he had no idea who he was marrying when he married me. I was an 18-year-old single mom. Writing, publishing, speaking, blogging, and radio were no where on the radar. As I’ve grown and changed, my husband has too. John is my biggest fan and the foundation on which our family stands.

I couldn’t do what I do without my husband doing what he does. http://us148.siteground.us/~triciag6/my-biggest-fan/ ‎

I couldn’t do what I do without John doing what he does.

So, today I’m extending a shout-out to my husband John…

I can do what I do because of the amazing man by my side. : http://us148.siteground.us/~triciag6/my-biggest-fan

I can do what I do because of the amazing man by my side. God knew what He was doing when He gave me you! 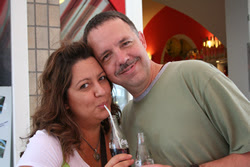 How about you? Feel free to leave a comment and give a shout-out to your man. Also, when you’re setting up your nativity this year linger on Joseph just a minute longer than you normally would and thank God for the men who support the women they love.

P.S. If you’re looking for a good, personal Bible study I highly recommend Mercy Triumphs! You can order it here.