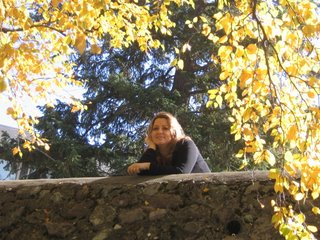 We have a title!

For every novel except From Dust and Ashes it has been a back-and-forth dialogue to come up with titles for my novels. Personally, I tend to have a working title, then the Moody staff puts their collective minds together to come up with something 100 xs better.

Across a Distance Sea became … Dawn of a Thousand Nights.

A Valley in Spain became … A Valley of Betrayal (Chronicles of the Spanish Civil War, Book 1)

My working title for my current work-in-progress was: This Shattered Land.

Since that title not longer fit with the title for Book #1, they asked me for suggestions. My favorite, by far, was A Shadow of Treason. Guess what? Moody liked it!

So, here is the update for A Shadow of Treason … I’ve thus reached WORD COUNT.

Word Count is the term I give to the part of the writing where I, uh, actually write. Not only that, I actually have to produce a certain number of words each day.

Currently, my goal is 2,000 – 3,000 words a day. Sometimes these words come quickly. Other times it is s-l-o-w. Either way, my butt stays in this chair (or keeps returning to it) until I’m done.

When I reach WORD COUNT I usually have some research done, but I never feel as if it’s enough. So–the truth be told–I’m also pulling out research books and checking things out as I write.

Also, the more books I get under my belt, the less of a plot I use before I start. It used to be that I knew each chapter and scene, and I had a definite idea for what would happen each step of the way. It’s not that way any more.

Perhaps it’s because I already have a “feel” for what I want to accomplish. Or maybe I trust myself more as a writer. Either way, I have hardly have any of the plot figure out on this one (except for the historical points, of course), so we’ll see how it turns out!

So please, if you think of it, remember me in prayer. In addition to writing I’m a wife and mom. And with my 12-year-old in basketball, and my other two starting next month, it’s a busy time of year. (Not to mention the holidays and driving to Southern California for Thanksgiving!)

Thanks and God Bless!
Tricia Goyer