You are here: Home / Uncategorized / Sir Kendrick and the Castle of Bel Lione

Sir Kendrick and the Castle of Bel Lione 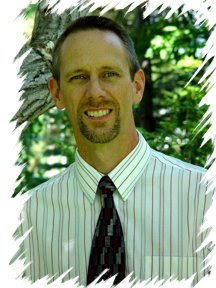 Chuck Black first wrote Kingdom’s Edge to inspire his children to read the Bible with renewed zeal. This captivating expanded parable led him to write the Old Testament allegories, Kingdom’s Dawn and Kingdom’s Hope. Chuck added three more titles to the series, Kingdom’s Call, Kingdom’s Quest, and Kingdom’s Reign which were released in May of 2007.

Chuck is a former F-16 fighter pilot and currently works as an engineer for a firm designing plastic consumer products. He has a degree in electrical and electronic engineering and served eight years in the United States Air Force. Chuck and his wife Andrea have six children and live in North Dakota.

It is Chuck’s desire to serve the Lord through his work and to inspire people of all ages to study the scriptures in order to discover the hope and love of a truly majestic King and His Son. 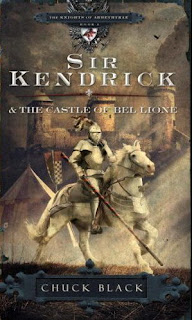 A dangerous new order threatens the mission of the Knights of Arrethtrae. Only loyalty to the King can bring victory!

As the Knights of the Prince await His triumphant return, they are steadfast in their mission to take His story into the kingdom and recruit as many as are willing. But when a new and dangerous threat is revealed, their mission is jeopardized.

Sir Kendrick and his young charge, the impetuous Sir Duncan, are sent on a mission to discover the identity and origin of a secretive new order known as the Vincero Knights. They travel to the city of Bel Lione where Lord Ra has been enticing young people in the kingdom to join his festivals, after which many choose not to return home. Their families keep quiet for fear of repercussion.

When Sir Duncan disappears while trying to discover the truth of Lord Ra’s castle, Sir Kendrick attempts to find and enlist the help of a mysterious warrior. Time is short for he must save Duncan and call upon the knights of Chessington to join in the battle against the evil Lord Ra.

Journey to Arrethtrae, where these knights of noble heart live and die in loyal service to the King and the Prince. These knights are mighty, for they serve a mighty King. They are…the Knights of Arrethtrae!