You are here: Home / articles and blogs / Stories for buttons travel contest…

Here is entry # duex in the travel story contest!

This one is from Mama Ruth… 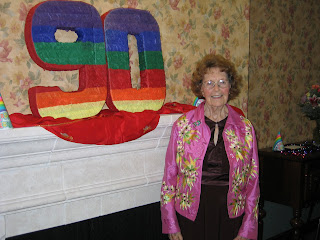 …a total kick in the pants: I had my ears pierced at 65, went parasailing at 84, finally got braces to straighten my teeth at 85. I can still do a mean Charleston. I love God; I love life; I love to laugh; I love to get together with my four wonderful daughters.
(Click on her name to find out more…)

Bombay is like an enormous dragon; its legs spread out in all directions except to the west.
The sea rules on that side.

Monsoon rains were over on this day in the early 1950s, and the dragon’s face had been washed but possibly not the underbelly. I had been shopping early, before the straight-up sun made my bone marrow melt like butter on a hot ear of corn.

Now I was on the way back to our friends’ home where J.T. and I had occupied the guest room for a few days. I wasn’t too well acquainted with Bombay traffic and kept looking out for a street which would open onto Marine Drive. A frustrating search.

My jeep had threaded its way through many needle-eye-sized lanes, and I breathed deeply of pungent aromas rising from tea and coffee stalls. Traffic through this lane was one way but barely moving at all. It was much more stop than go. Carts piled with crates of live chickens, motor scooters with whole families clinging on, children, dogs, and stray cows clogged the lane and created the same atmosphere found in any Indian bazaar.

Ah! At last. An opening at the end of this lane. After another fifteen minutes of almost impossible congestion, I reached the corner and turned onto Marine Drive. This was the most beautiful road in Bombay. It curved for miles along the west rim of the city, skirting the sea. I was headed for one of the tall apartment houses that overlooked the ocean several miles further on.

Breathing a great sigh of relief, I began to enjoy my ride. Controlling a left-handed-drive car in a left-lane-drive country has its problems. Usually Marine Drive was full of several lanes of fast moving traffic, but not that day. I was thankful to enjoy the view on both sides without any other vehicles in the way. I did enjoy the smooth pavement, sun on the sea alongside the road, and all the fancy apartment buildings on the opposite side.

Suddenly, I woke up. Not only could I see very little traffic on that road, I saw NO traffic. Absolutely none. Not another car, jeep, or truck had passed me on either side for at least two miles. And none in sight as far as I could see. Surprising! Since it was not after lunch—not nap time—how did it happen that not one single soul was driving on Marine Drive except me? My skin popped up goose bumps in spite of the Bombay heat. Suddenly, TERROR…Had the Trump sounded and I didn’t hear it because of my noisy ex-World War II jeep? Now that wouldn’t be the reason I didn’t hear it!

Had the Rapture taken place in the blink of an eye after I turned the corner? Had everyone gone to Heaven except me?

Would anybody be home at my friends’ house? I felt fearfully lonesome.

After some hyperventilating, I peered again into the rear-view mirror. Did my scared eyes imagine some slight movement far behind me? Did angels chase people? I kept checking…Ahhhh! Two motorcycles. Good—I wasn’t alone. But in double-quick time, I realized something.

Those two motorcycles were chasing me.