You are here: Home / books / The Story Behind From Dust And Ashes

Learn the real-life story behind From Dust And Ashes, a World War II novel by homeschooling mom, Tricia Goyer. 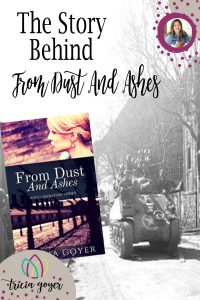 I can clearly remember when my interest was sparked by the liberation events that took place in St. Georgen, Austria, during World War II. An Austrian historian had invited me and my friends into her home, serving tea and bread, meat, and cheeses. It was the end of a long day of travel, and I secretly desired a hot shower and a soft bed. But it wasn’t long before our host had me intrigued with her true tales of villains, prisoners, and GI heroes.

I sat—eyes wide—as Marta described the twenty-three American GIs who had stumbled upon the Gusen camps on May 5, 1945. I imagined their horror as they witnessed prisoners reduced to skin and bones. Or worse, piles of corpses. But Marta also spoke of other things, such as the first help to enter the camp: a young Nazi wife with her children in tow.

Who was she? I wondered. Obviously, she had not believed in the Nazi persecution. What would it have been like to witness such horror helplessly?

How was her life forever changed?

I also imagined those prisoners who were mere days from death. How did they go on after facing such hatred, such loss? Just the night before, on a dinner cruise in Prague, I had sat elbow-to-elbow with a young Jewish girl and her brother.

“Fifty years ago, they would have been killed,” my friend whispered in my ear as we talked and laughed with our new friends. It was then that the horrors of WWII became real, and I knew I would never be the same.

After we left Marta’s house that night, I turned to travel companions—also fiction writers.

“Are you going to write about this?”

At that moment their no’s became my yes. 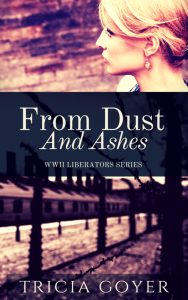 Purchase From Dust and Ashes

I went home with much excitement and began researching the events concerning the liberation of Gusen and Mauthausen death camps. But I soon realized no articles or fuzzy black-and-white photos could ever take the place of speaking with those who were actually there. So in August 2001, I was invited to attend the 59th reunion of the 11th Armored Division. 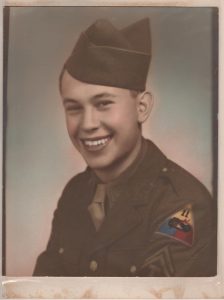 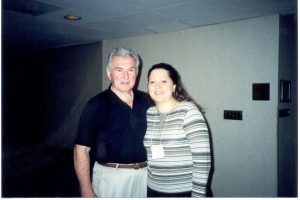 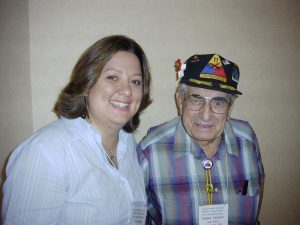 In Kalamazoo, Michigan, I spoke to the brave men, now in their 70s and 80s who had liberated the death camps. Their bodies have aged, but in their hearts, they are still the same brave, young soldiers who witnessed so much.

As the research progressed, I was also able to visit Austria a second time to participate in the memorial services celebrating liberation so many years prior. And while there, I spoke with others, including a man who was just twelve years old in 1945. I was awed as he led me through the streets where former SS houses still stand. And tears formed in my eyes as I stood before the guesthouse of the brave, Nazi wife, now gone.

So fueled by memoirs, oral histories, and personal interviews, I began to write. And in my mind, the streets of St. Georgen and the events of 1945 soon became as real as life around me.

On that sunny day in October, my greatest concern had been resting after a long day of travel. It was only later, after months of writing, that I realized God’s intentions were far greater. His plan was to have me share a story of liberation. A story inspired by true events . . . and true heroes. 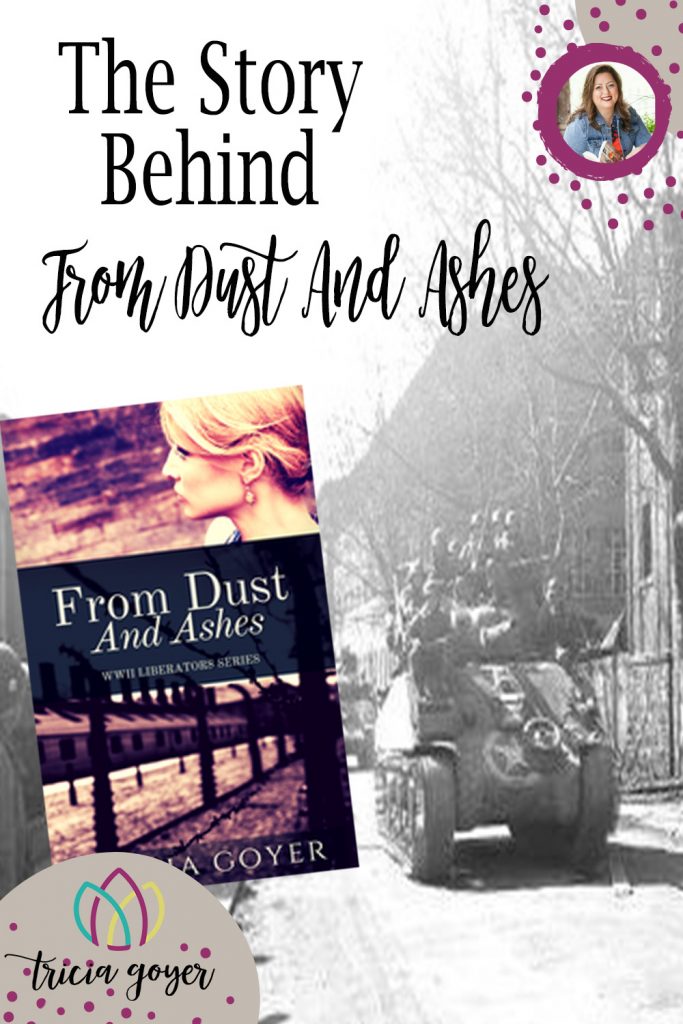 I’ve always considered it an honor to have my books reach the hands and hearts of readers. But these books have even more significance because it’s not only my stories but the true stories that these men lived that inspired my novels. I want to do their stories justice. I want to give them honor for their sacrifice. Knowing that so many have come to know the true valor these men displayed has given me such joy. I pray these stories–their stories–bless you as well.

From Dust And Ashes was just the beginning. I was fortunate to be able to share even more real-life inspired stories with my Liberator Series. Travel back in time with me and see, hear, and feel the hearts and minds of the greatest generation as they fought for justice, peace, and honor in World War II. Learn more about my Liberator Series Novels here!

All of my novels are perfect for homeschooling students, too! Junior high and high school students don’t just learn dates and facts. Instead, they get to experience true events within the pages of a Christian novel. I love hearing from parents who say, “My teen couldn’t put it down and loves World War II history now!” It’s an honor to bring history to life! 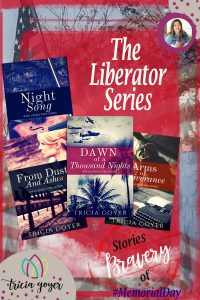