You are here: Home / Uncategorized / The Writer’s Desk with Kerry Nietz

Do you have a Sci-Fi lover in your house? My family loves everything Star Wars, Star Trek, and Stargate. Yet, Frayed, like other books by Kerry Nietz deals with important topics, albeit on alternate worlds. As one Amazon reviewer put it, “The story is a lively mix of wants, dreams, and dehumanizing rewards, all trampled underneath a repressive, worldwide religion. The story moves along at a steady and engrossing pace, carrying the reader along. At times, the story reminded this Reviewer of the oppressive world of Moses and the Pharaohs of ancient Egypt, driving the Israelite slaves into the harsh, Egyptian ground.”

In the last year, I’ve read more Sci-fi and fantasy books than in my whole life. And through this journey, I’ve been impressed by how important truths are shared in exciting and interesting ways. If you know a reader who loves everything “Star” and more … then check out this book and others by Kerry Nietz. 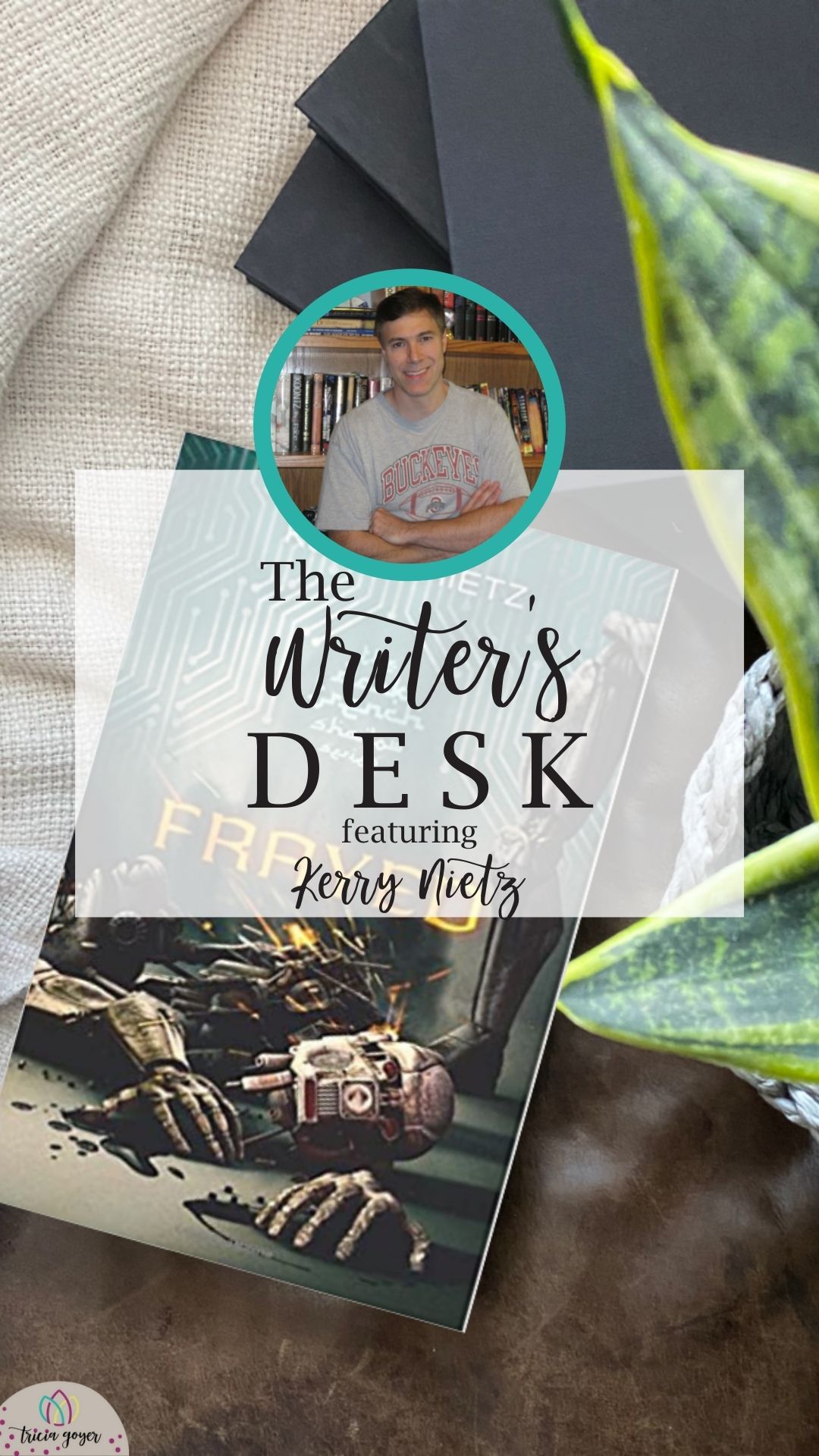 The Writer’s Desk with Kerry Nietz

Kerry Nietz is a refugee of the software industry. He spent more than a decade of his life flipping bits, first as one of the principal developers of the database product FoxPro for the now mythical Fox Software, and then as one of Bill Gates’s minions at Microsoft. He is a husband, a father, a technophile, and a movie buff. He is the author of several award-winning novels, including A Star Curiously Singing, Freeheads, and Amish Vampires in Space. Make sure you connect with Kerry on his website, Facebook, BookBub, MeWe, and sign up for his newsletter!

KN: I don’t like coffee. Tea, sure. Energy drinks, fine. Coffee, no.

TG: Where did you get the inspiration for Frayed?

KN: The inspiration for Frayed came from a flash fiction story I wrote for Havok magazine. I set the story in the world of my DarkTrench trilogy, but followed a new character named Threadbare. (Well…I guess he wasn’t completely new, because he made a cameo in the first book of DarkTrench.) That 1000-word story was enough to make me realize there were more stories to tell in that world. Thread proved to be a good character to tell them through.

KN: Sure. I generally write at the same time every weekday and have a goal I’m trying to hit before I stop. (A word count when I’m writing, and a chapter count when I’m revising.)

KN: Have a set writing time and a word goal and stick to them, regardless of how you feel. 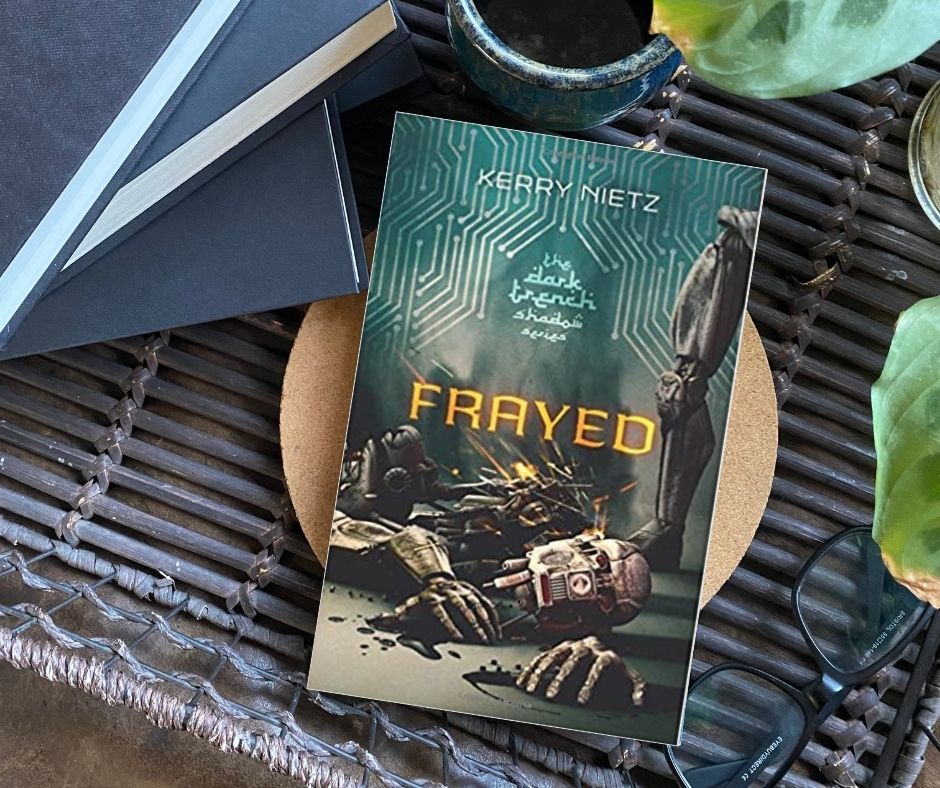 KN: I typically don’t snack while I’m writing. I might take a break in the middle somewhere and get a protein bar or some nuts if dinner is going to be a while. I try to have water or maybe some tea or lemonade nearby, though.

KN: I have a trick to help avoid it. When I end my writing for the day, I try to stop in the middle of a scene. Makes it a lot easier to get back in the flow the following day. I’ll read over what I wrote the day before and maybe do some light editing and then be on my way again.

KN: See my previous answer. Only light editing as I go. The time for harder decisions is later.

KN: Not being consistent enough in their writing to finish a manuscript. The second is probably underestimating the commitment it takes to become a paid author, and how incredibly rare it is to sell even a thousand copies.

KN: Probably the trick I mentioned above about stopping in the middle of a scene. I have over a million words in print, in the form of eleven novels, a novella, a memoir, and a handful of short stories. Plus, I’m working on the second draft of another novel now.

KN: I just had a book release in November titled Rhataloo. It’s an alternate history story where a spaceship full of man-sized rats are caught in the Battle of Waterloo. Next up is a bit of robot fiction. Hope to have it out in the first half of 2022.

Enter for a chance to win a copy of Frayed

Click here to watch my interview with Kerry Nietz 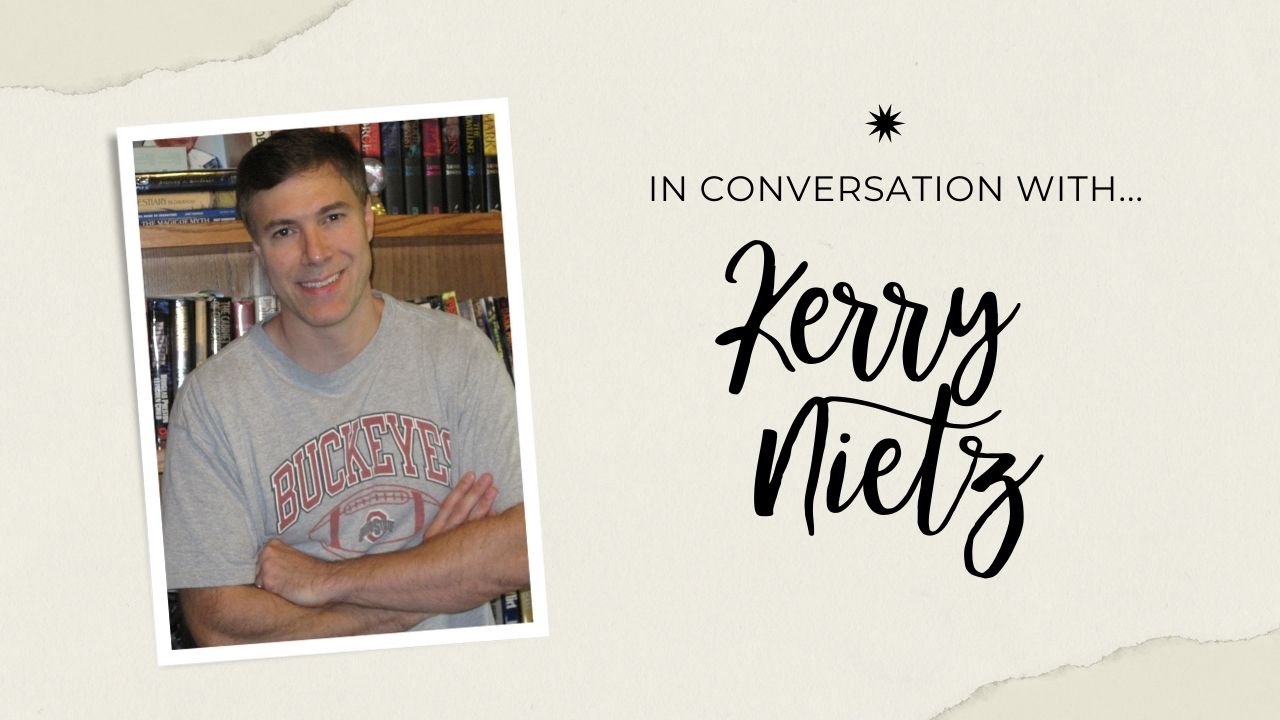 ThreadBare is a debugger. He’s property, one of the Imam’s vast pool of implanted servants. He lives in a smelly, greasy garage on the boundary of the battlefield known as Delusion. All he wants is to complete his tasks, exceed his rival BullHammer, and stay alive. Possibly get a promotion. When an atypical chore brings Thread into contact with Sandfly and HardCandy, things get complicated. Day by day and task by task he struggles with the life he’s always known. Ideas plague him, brutality vexes him, and women distract him. Then there’s the list of offline debuggers, those who’ve quietly disappeared. Through datamixes—dreamlike records of their lives—Thread tries to uncover the truth. Where did they go? What does it all mean? And what can one forgotten debugger do about it anyway? 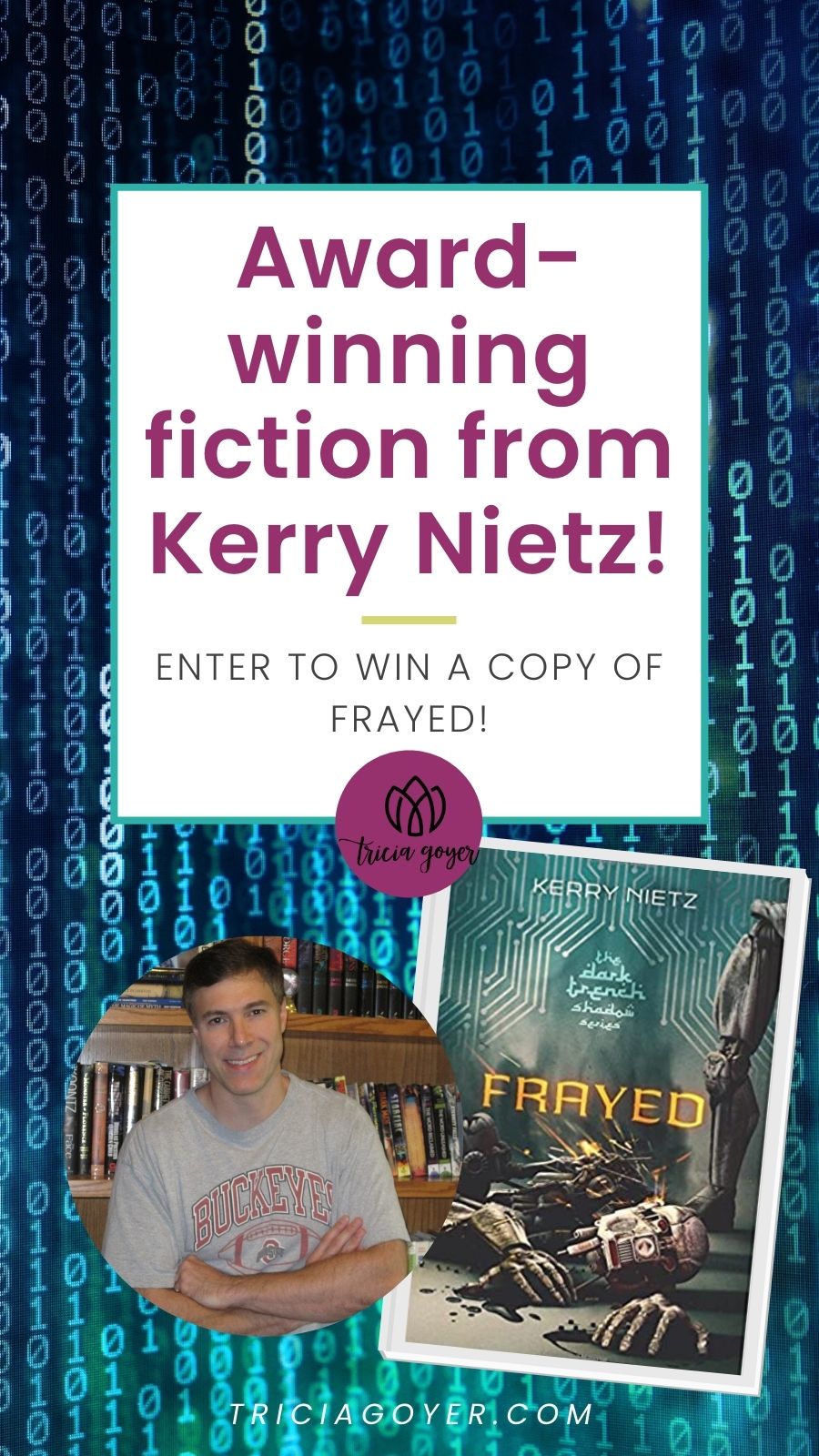 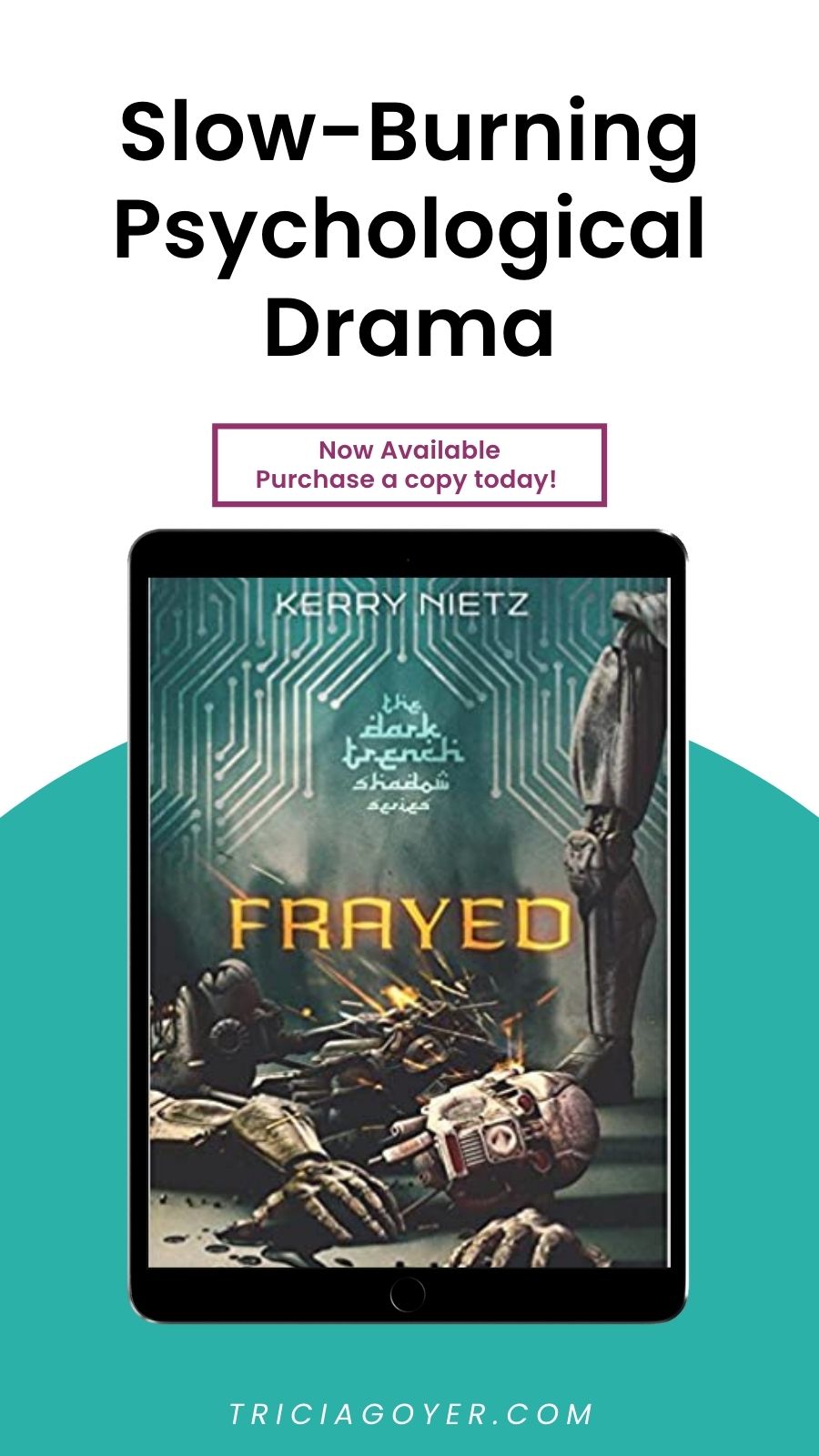 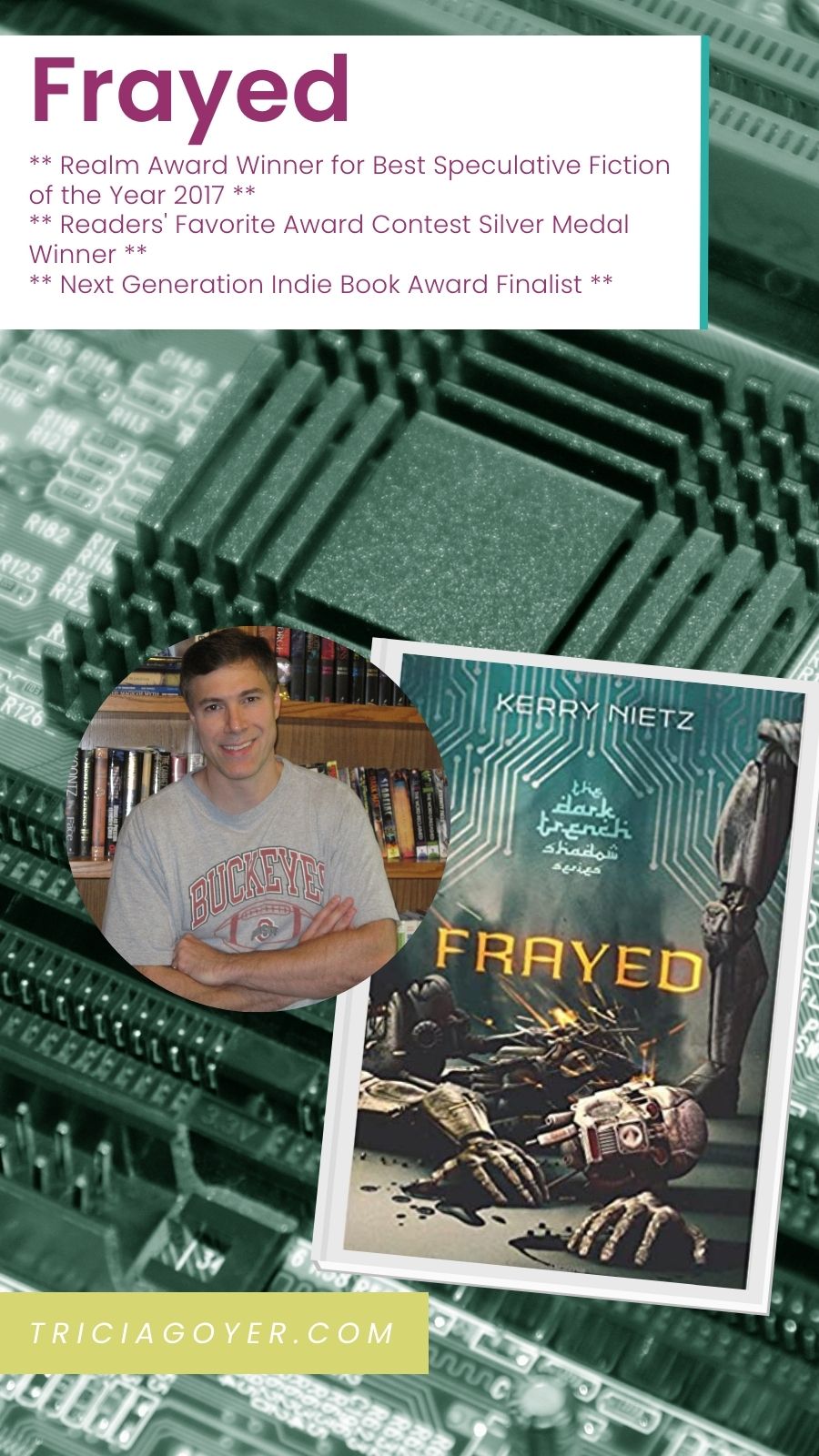