To listen to the interview: go here and click on the player in the upper right corner of the screen. Thursday at 3:00 pm Central.


This week’s interview with Jon S. Lewis, author of the hit young adult fiction series CHAOS, is a lot of fun. We cover everything from aliens to comic books. We also have the chance to talk to Rosslyn Elliott about the newest book in her Saddler series, Sweeter Than Birdsong — who’s characters are inspired by real life! You don’t want to miss it!!

For your chance to win a copy of Jon’s Alienation or Rosslyn’s Sweeter Than Birdsong, be sure to visit the show’s page and leave a comment and your e-mail address! Also be sure to click the button below to find out about Rosslyn’s iPod giveaway! 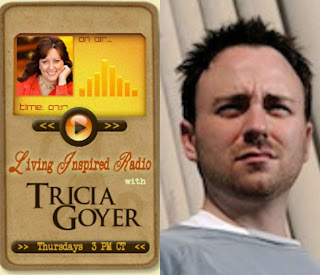 More about Jon: Jon S. Lewis is the coauthor of the Grey Griffins trilogy (over 500,000 books in print) and the upcoming Grey Griffins Clockwork Chronicles. He also writes for the DC COMICS family of publishers. He resides with his family in Arizona.

More about Alienation: After his parents were killed in a car accident, Colt McAllister was drawn into a world he thought only existed in comic books-one where mind control, jet packs, and flying motorcycles don’t even scratch the surface.
Along with his best friends Oz and Danielle, Colt is now training at the secret Central Headquarters Against the Occult and Supernatural academy. But strange accidents seem to follow him. . . even with the security of the school grounds. What first seems random soon turns deadly. But who is targeting Colt?
As the alien invasions increase in frequency and force, C.H.A.O.S resources are taxed to the limit and they’re forced to utilize the new recruits. In the midst of battle, Colt will discover some startling revelations . . . about himself, his friendship with Oz, and why he has been chosen to defeat this alien attack against earth. 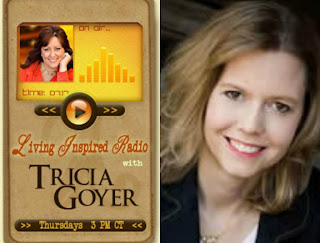 More about Rosslyn Elliott: Rosslyn Elliott is the award-winning author of Fairer than Morning, the first in the Saddler’s Legacy series. She holds a B.A. from Yale University and a Ph.D. in English from Emory University. Her study of American literature and history inspired her to pursue writing fiction. Elliott lives in Albuquerque, where she homeschools her daughter and works in children’s ministry.

More about Sweeter Than Birdsong: Music offers Kate sweet refuge from her troubles . . . but real freedom is sweeter.
In Westerville, Ohio, 1855, Kate Winter’s dreams are almost within reach. As the first woman to graduate from Otterbein College, she’ll be guaranteed her deepest wish: escape from the dark secret haunting her family. But with her mother determined to marry her off to a wealthy man, Kate must face reality. She has to run. Now. And she has the perfect plan. Join the upcoming musical performance—and use it to mask her flight.
Ben Hanby, Otterbein College’s musical genius, sees Kate Winter as an enigmatic creature, notable for her beauty, yet painfully shy. Then he hears her sing—and the glory of her voice moves him as never before. He determines to cast her in his musical and uncover the mystery that is Kate. Still, he must keep his own secret to himself. Not even this intriguing woman can know that his passionate faith is driving him to aid fugitives on the Underground Railroad.
A terrifying accident brings Kate and Ben together, but threatens to shatter both their secrets and their dreams. Kate can no longer deny the need to find her courage—and her voice—if she is to sing a new song for their future.
2/10 – 2/28