You are here: Home / Podcast / Walk It Out #120: Singing and Sharing Hope After Hardship with Jon and Whitney Mullins 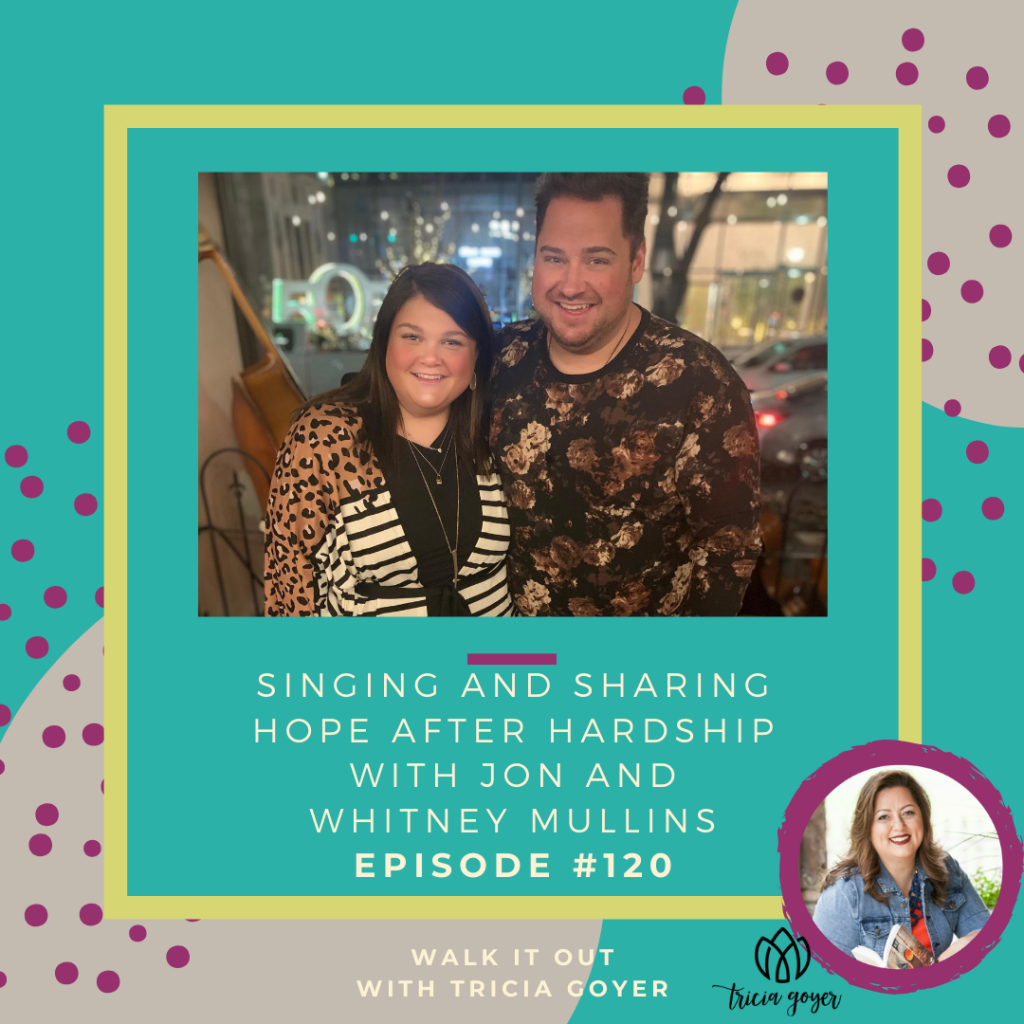 Singing and Sharing Hope After Hardship with Jon and Whitney Mullins

“That man can SING!” I remember telling my family as I listened to Jon Mullins on TV. For the most part, my family doesn’t get into The Voice like I do. Well, that’s until we were able to meet both Todd Tilghman and Jon Mullins. And when my girls heard Jon sing LIVE … they couldn’t contain themselves. (Yes, Jon, those were my girls screaming front left!) 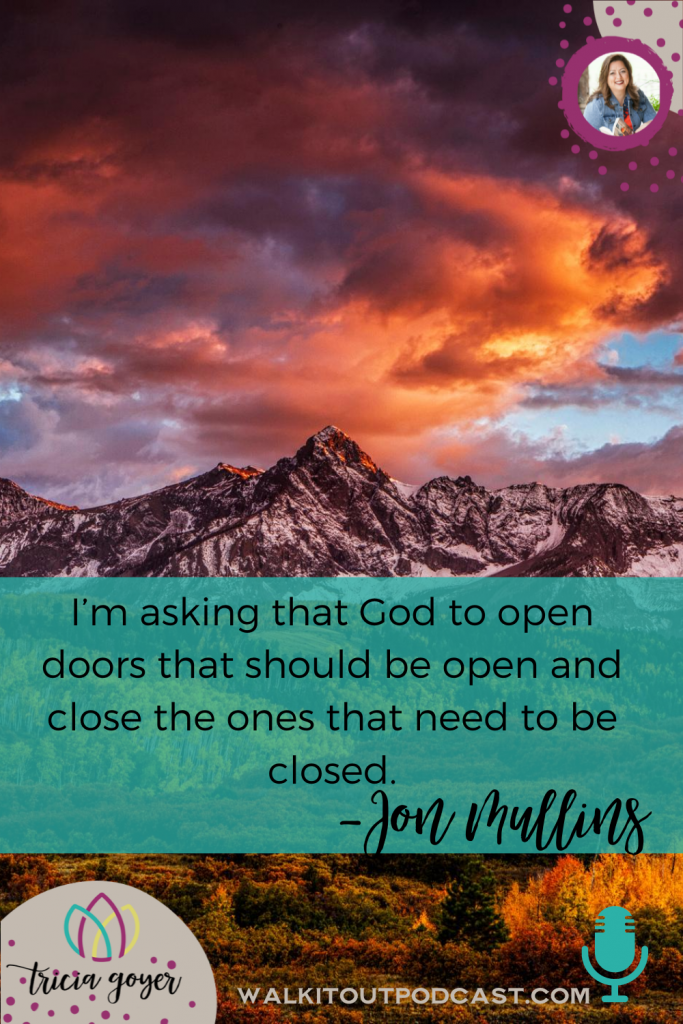 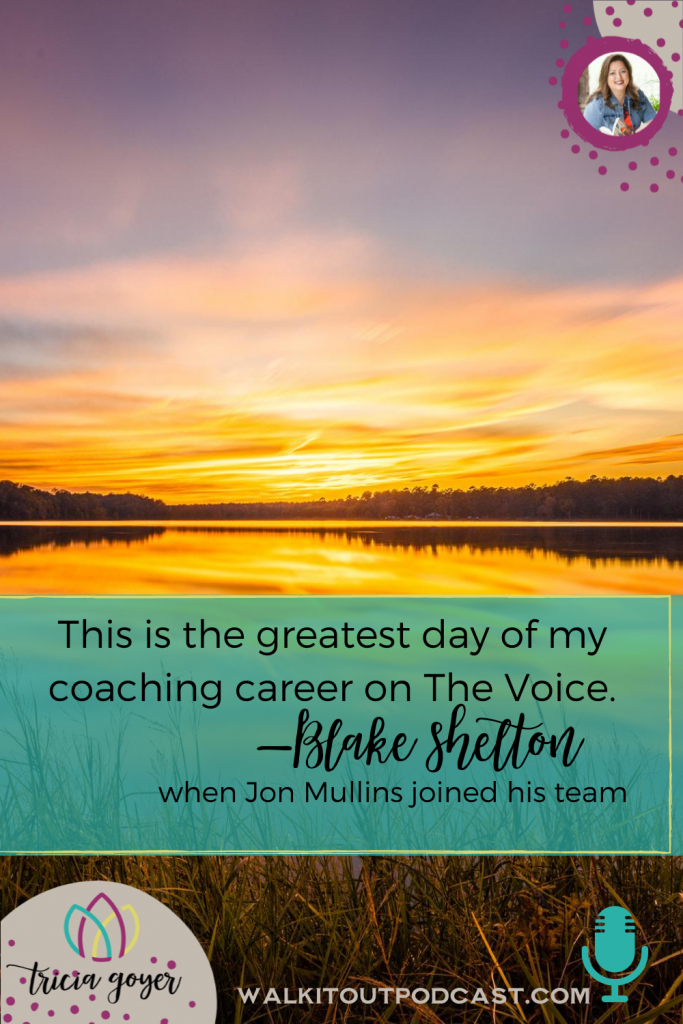 Another amazing thing about Jon is his love for his wife Whitney. And it’s a love that’s been tested. A fall at work caused Whitney to lose both words and motor function, in addition to debilitating anxiety. Yet amazingly, it was the changes that the couple made during Whitney’s rehabilitation that gave Jon space in his life to audition for The Voice, taking his music to a national platform. On his time during the show, Jon was coached by both Blake Shelton and Nick Jonas. And while many people have taken note of Jon’s voice, they also appreciate his story about overcoming. You’re going to love it, too! And … listen to the end of this podcast to hear Jon SING! 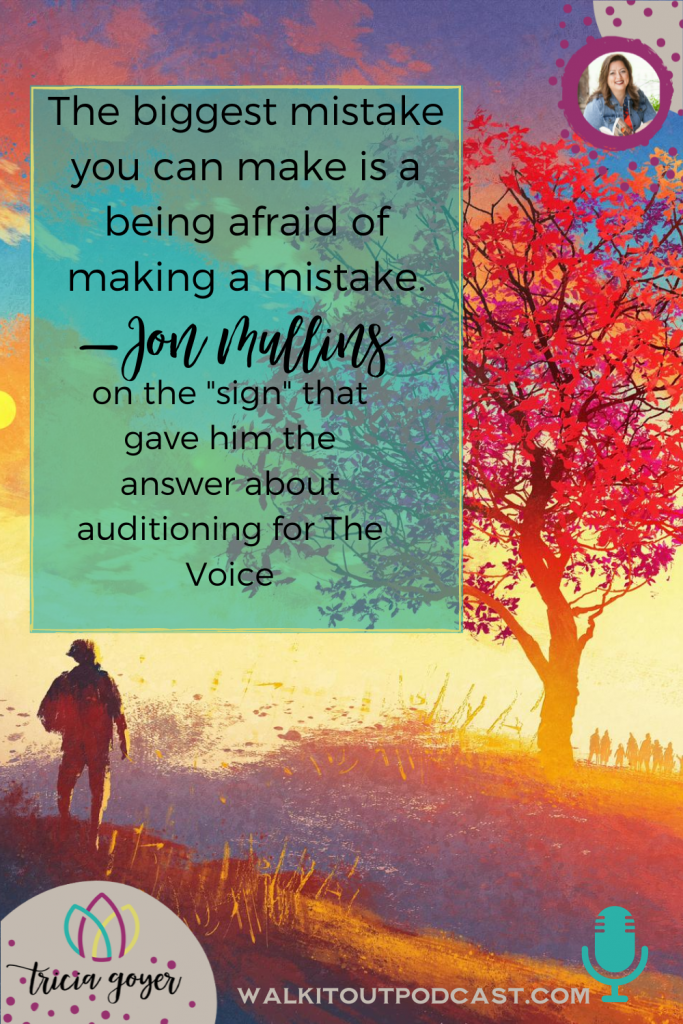 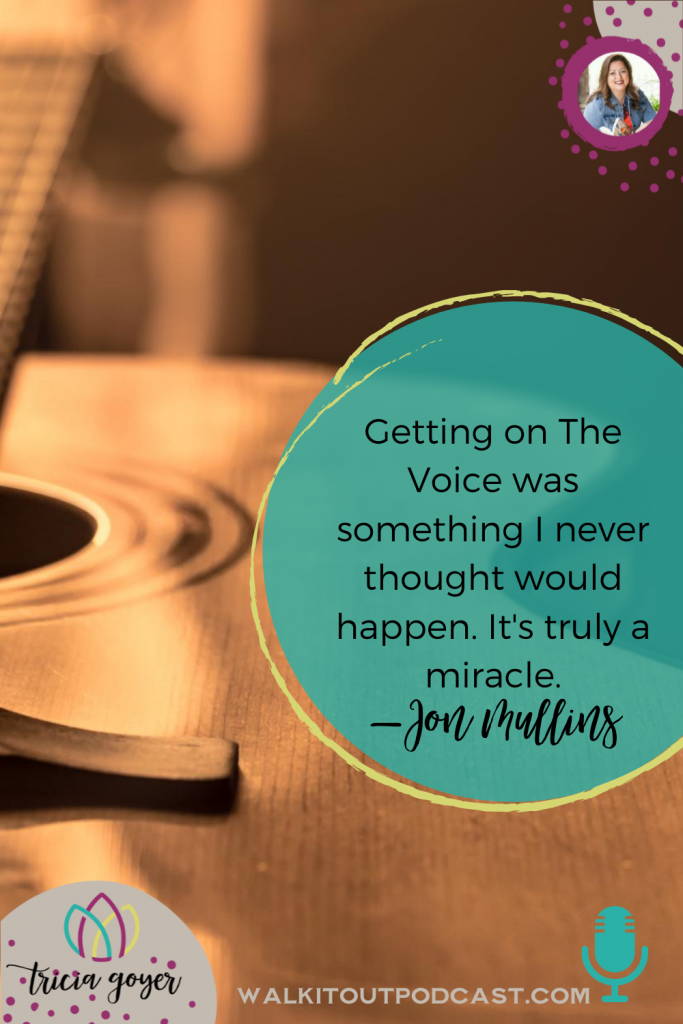 Who are Jon and Whitney Mullins?

Jon was inspired to start singing in high school. He auditioned for an a cappella group and quickly became one of the leads. Soon thereafter, he started playing guitar and writing songs. Jon went on to study vocal performance in college, where he met his wife, Whitney. They later moved to Nashville so Jon could pursue his music and build their life together. Four years ago, Whitney hit her head during a fall and lost 60% of her speech and motor skills. Jon put everything on hold to help her through rehab, and over the last three years, she has improved greatly. Inspired by his wife’s strength, Jon has since gotten back to his music. 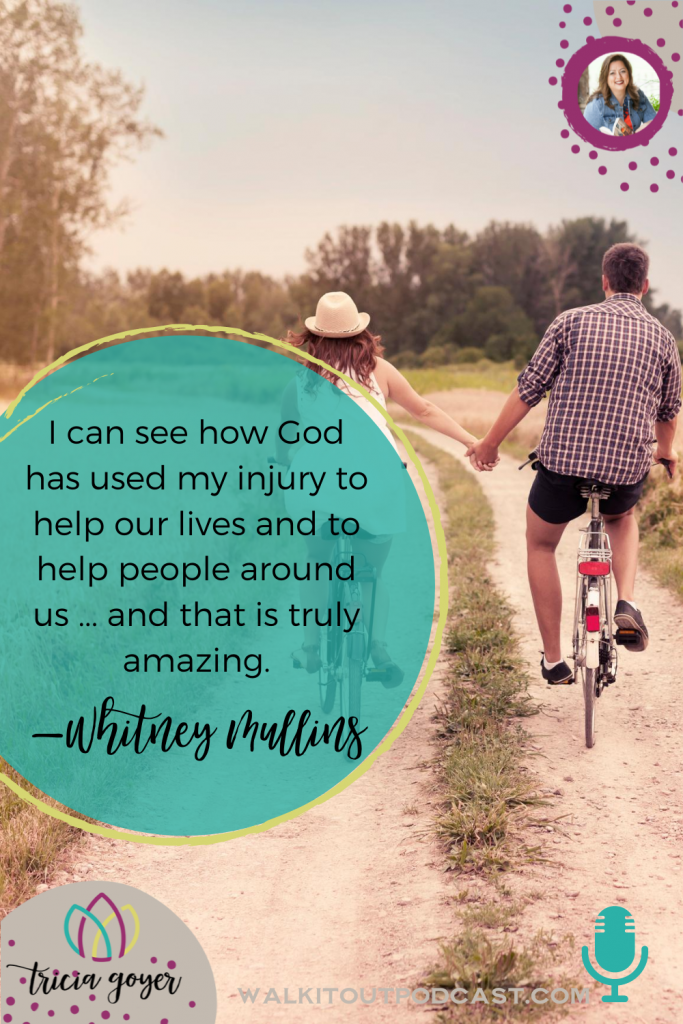 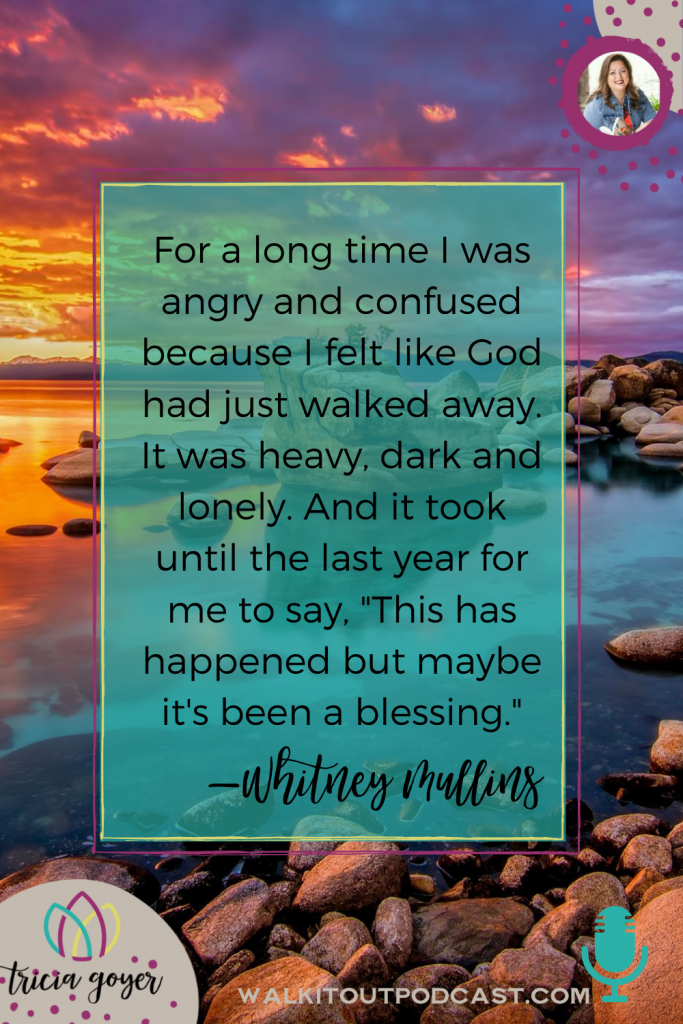 Walk It Out Scripture

Sing to him; yes, sing his praises. Tell everyone about his wonderful deeds. Psalm 105:2 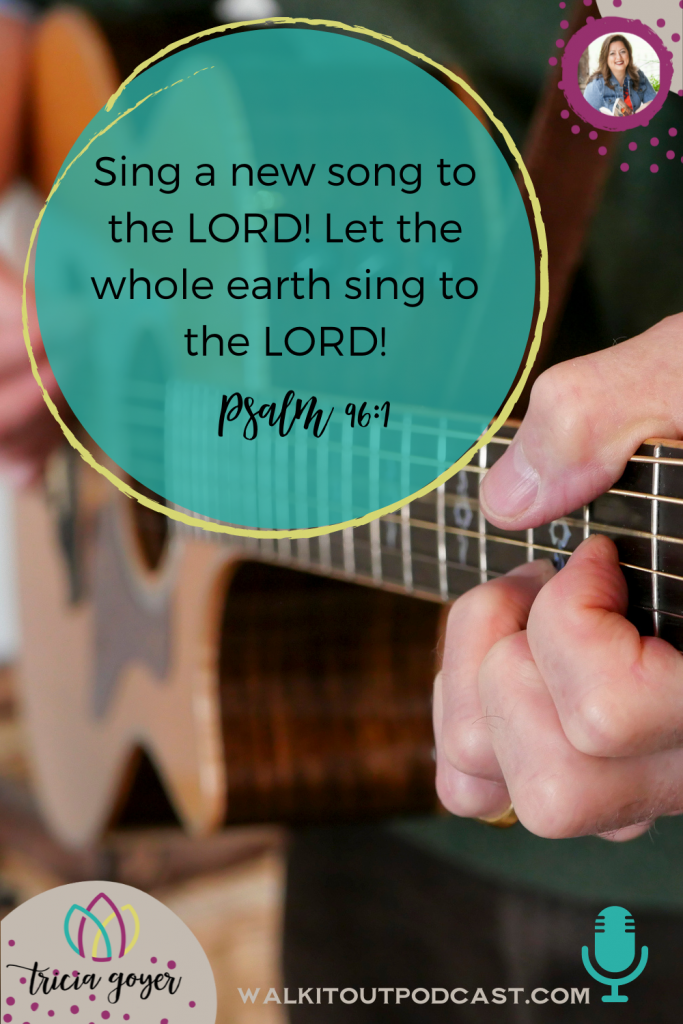 Resources, books, and links mentioned in this episode: 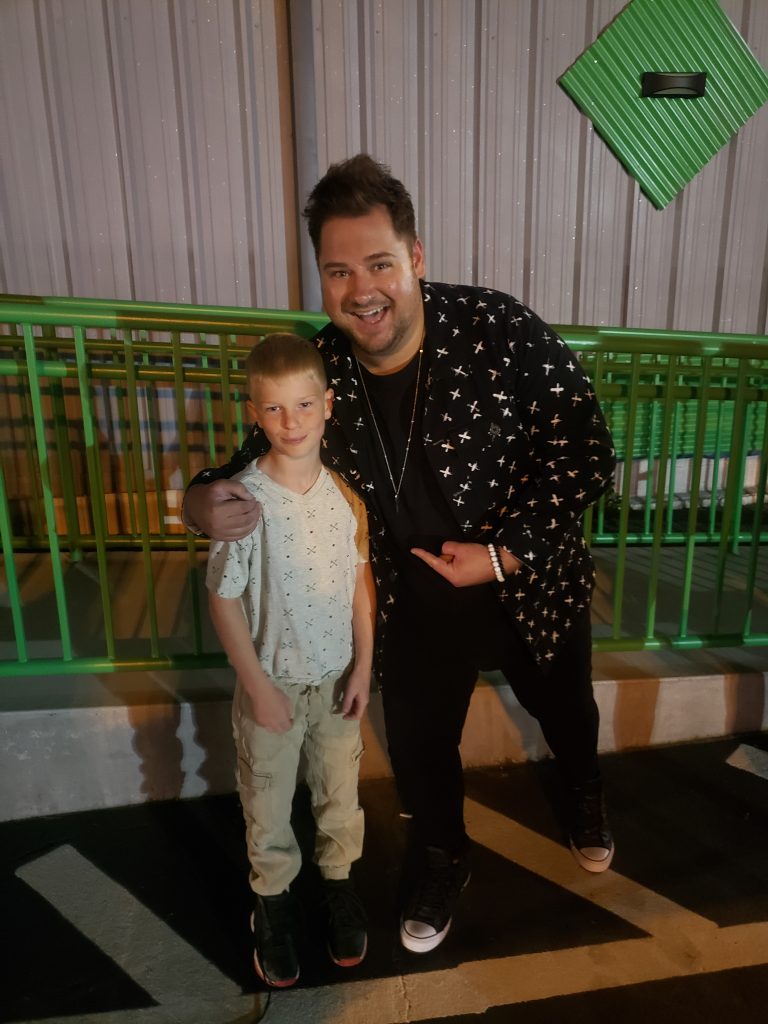 Connect with Jon and Whitney Mullins