You are here: Home / Uncategorized / WAVES

I found this brief bio of Grace Hopper on today’s NPR’s, Writer’s Almanac. Since we’ve just past the Pearl Harbor Day, I thought this would be timely and reminiscent of the WASP (Women Air Service Pilots) in my book Dawn of A Thousand Nights. 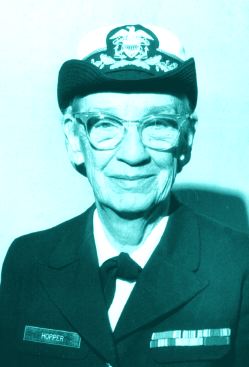 “It’s the birthday of one of the people who helped invent the modern computer: Grace Hopper , born in New York City (1906). She began tinkering around with machines when she was seven years old, dismantling several alarm clocks around the house to see how they worked. She studied math and physics in college, and eventually got a Ph.D. in mathematics from Yale. Then World War II broke out, and Hopper wanted to serve her country.

Her father had been an admiral in the Navy, so she applied to a division of the Navy called WAVES, which stood for Women Accepted for Voluntary Emergency Service. They turned her down at first they said she was too old at 35, and that she didn’t weigh enough, at 105 pounds. 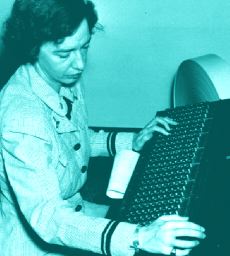 But she wouldn’t give up, and they eventually accepted her. With her math skills, she was assigned to work on a machine that might help calculate the trajectory of bombs and rockets. Hopper learned how to program that early computing machine, and wrote the first instruction manual for its use. And she went on to help write an early computer language known as COBOL – “Common Business-Oriented Language.” She remained in the Navy, and eventually she became the first woman ever promoted to rear admiral.”