You are here: Home / articles and blogs / Whisper on the Wind by Maureen Lang 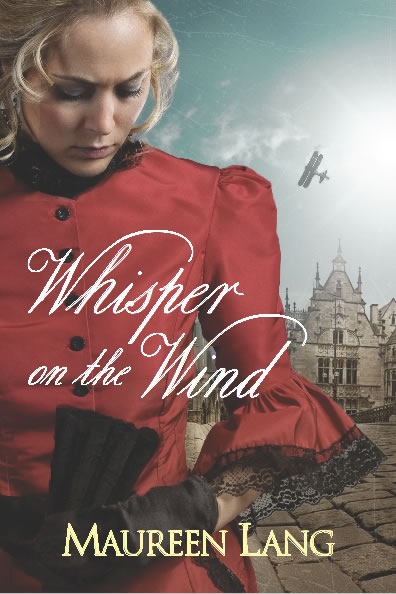 Whisper on the Wind

She risked everything to rescue him. But what if he doesn’t want to be saved?

Belgium, 1916 The German Imperial Army may have conquered Belgium on its march through Europe, but the small country refuses to be defeated.

An underground newspaper surfaces to keep patriotism alive and bring hope and real news of the war to the occupied country.

It may be a whisper amongst the shouts of the German army, but it’s a thorn in their side nonetheless—and Edward Kirkland will do anything to keep it in print . . . even risk his life.

Isa Lassone is a Belgium socialite whose family fled Europe at the first rumblings of war.

Now, two years later, she sneaks back across enemy lines, determined to rescue Edward–the man she has loved from afar since she was a child. But will he ever see her as more than the wealthy, silly girl his mother once cared for as a daughter?

When Edward refuses to leave, so does Isa, and soon she is drawn into his dangerous double life. But the Germans are closing in on the paper, and Edward had never planned to put any one else at risk . . . especially the beautiful, smart, yet obstinate young woman who has inconveniently managed to work her way into his life—and into his heart.

“Whisper on the Wind brings to life a time and place too often forgotten in historical fiction. The suspenseful climax kept me on the edge of my seat!”
–Lynn Austin, best-selling author of Though Waters Roar

“A suspense-filled romance, an exciting page-turner, one that will have readers racing to reach the end so they can discover how it will turn out. I highly recommend Whisper on the Wind.”
Robin Lee Hatcher, best-selling author of A Vote of Confidence 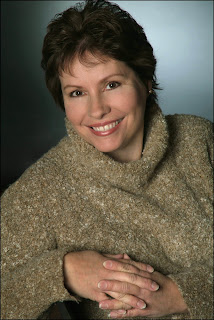 A note from Maureen
Whisper on the Wind holds a special place in my heart, because I conceived the idea during a time in my life when I wasn’t actively writing. I knew “someday” when I could devote myself to writing again, this would be the book I’d write.

Their goal was to bring hope to a suppressed nation, and many people lost everything from their freedom to their fortunes, some even their lives to see this paper circulated. With so much material, it was easy to create a romantic tale of adventure and intrigue, so I hope you’ll enjoy the story–knowing the story-behind-the story is full of factual history.

A little about Maureen
Maureen Lang is the author of several novels, including Pieces of Silver (a Christy finalist), The Oak Leaves (Holt Medallion Award of Merit, finalist in ACFW’s Book of the Year and Gayle Wilson Award of Excellence contests) and Look to the East (Inspirational Reader’s Choice Contest winner and Carol Award finalist).

She is also the recipient of RWA’s Golden Heart and ACFW’s Noble Theme Award (now the Genesis). Maureen lives in the Midwest with her family and their much-loved dog, Susie.

Whisper on the Wind is available at any bookstore, from Tyndale House Publishers or online at: Amazon and other retailers.