You are here: Home / my writing desk / Writer Wednesday with Terri Blackstock 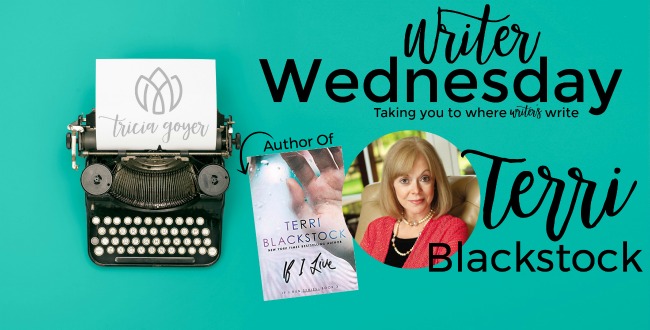 Five years ago, my husband and I built a house that featured my dream office. It had everything I’d ever dreamed of. Big windows out to a wooded area, a fireplace, a seating area with a comfy couch, chair, and coffee table, and not one, but three desks, so I could work from different angles in the office. I imagined myself writing while gazing out the window, drawing inspiration from trees, birds, and the occasional deer crossing our yard.

Boy, was I deluded. Instead of using one of the desks facing the window so I can look outside … I use the ugliest desk in my office, the one that’s facing the wall. It’s a hydraulic desk that rises and falls with the touch of a button, taking my large monitor and all my stuff with it when it moves. And as a result, it has a visible tangle of cords beneath it. So I have a table-height bookshelf on each side of it to camouflage it somewhat. The two pretty desks in my office aren’t used except to pile things on.

And if we’re going to be perfectly honest, my favorite place to write is not even my wall-view ugly desk, but my car. Yes, I said my car. I often sit in my driveway, which gives me a view, but offers me a small enclosed space—a cockpit, if you will—where I can focus the most. I have severe back problems, so it’s hard for me to find a comfortable place to sit, but for some reason, my car fits the bill. When I’m in my car, I don’t notice that the dishes need to be done or laundry waiting to be folded. No one interrupts me.

When I am working in my office, I use a huge bulletin board with all of the scenes I’ve plotted on index cards, and I cross through each scene as I go. It gives me a sense of how much I’ve accomplished and how far I still have to go, in a quick visual. I also use Scrivener, which has a digital bulletin board, so I have it on my computer, as well. But it helps me to physically see it in my office.

I keep pictures of my lead characters under glass on my desk, my daily Chick-Fil-A drink, stacks of manuscripts that I’ve printed and written all over, a large monitor that I plug my laptop into, and a wireless keyboard and trackpad. I wish I could stop there, but I also usually have a mess of papers on my desk that need to be handled ASAP, along with tons of post-it reminders. My printer rests on the bookshelf next to my desk.

None of this is what I imagined when I built my house, but I’ve managed to write a lot of books since moving in, so I guess it works. Even if it’s not pretty or inspiring to others, I figure I’ll just own it until it stops working for me.

More about If I Live 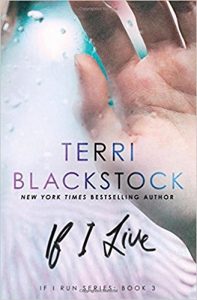 THE HUNT IS ALMOST OVER.

Casey Cox is still on the run after being indicted for murder. The hunt that began with her bloody footprints escalates, and she’s running out of places to hide. Her face is all over the news, and her disguises are no longer enough. It’s only a matter of time before someone recognizes her.

Dylan Roberts, the investigator who once hunted her, is now her only hope. Terrifying attempts on Dylan’s life could force Casey out of hiding. The clock is ticking on both their lives, but exposing the real killers is more complicated than they knew. Amassing the evidence to convict their enemies draws Dylan and Casey together, but their relationship has consequences. Will one life have to be sacrificed to protect the other?

With If I Live, Terri Blackstock takes us on one more heart-stopping chase in the sensational conclusion to the If I Run series.

“Crisp dialogue and unexpected twists make this compulsive reading. . .” —Publishers Weekly review of If I Run

Purchase a copy of If I Live
Amazon | Barnes and Noble | CBD | TerriBlackstock.com

Enter to win a copy of all three books in the If I Run series! 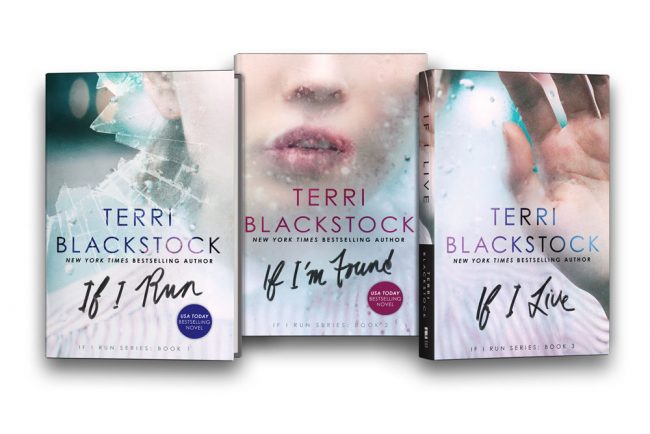 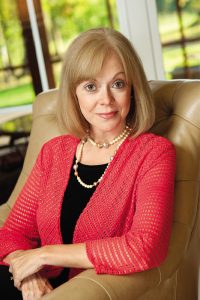 Terri Blackstock is a New York Times and USA Today best-seller, with over seven million books sold worldwide. She is the winner of two Carol Awards, a Christian Retailers Choice Award, and a Romantic Times Book Reviews Career Achievement Award, among others. She has had over thirty years of success as a novelist. Terri spent the first twelve years of her life traveling in an Air Force family. She lived in nine states and attended the first four years of school in The Netherlands. Because she was a perpetual “new kid,” her imagination became her closest friend. That, she believes, was the biggest factor in her becoming a novelist. She sold her first novel at the age of twenty-five and has had a successful career ever since.

In 1994 Terri was writing romance novels under two pseudonyms for publishers such as HarperCollins, Harlequin, Dell and Silhouette, when a spiritual awakening prompted her to switch gears. At the time, she was reading more suspense than romance and felt drawn to write thrillers about ordinary people in grave danger. Her newly awakened faith wove its way into the tapestry of her suspense novels, offering hope instead of despair. Her goal is to entertain with page-turning plots while challenging her readers. She hopes to remind them that they’re not alone and that their trials have a purpose.

Terri has appeared on national television programs such as “The 700 Club” and “Home Life,” and has been a guest on numerous radio programs across the country. The story of her personal journey appears in books such as Touched By the Savior by Mike Yorkey, True Stories of Answered Prayer by Mike Nappa, Faces of Faith by John Hanna, and I Saw Him In Your Eyes by Ace Collins.