You are here: Home / Uncategorized / Writer’s Conferences . . . Are They Worth It? 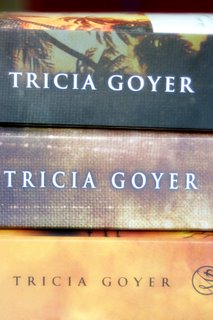 Many writers question if writer’s conferences are worth the money. Okay, you may have to take out a second mortgage, or dip into your child’s college fund, but here is my story . . .

In 1994, I attended my first writer’s conference (Mt. Hermon). I was 22-years-old and pregnant with my THIRD child. I had written a few “articles,” but I had no published credits. Everything was SO new. My brain was totally fried. And I was WAY overwhelmed with the whole process.

I attended with a friend (Cindy Martinusen, now multi-published novelist), which was great. We supported each other and gave each other courage. (I remember nearly having a cow when an editor sat at our table. A real editor!)

The first cool thing was that Bob Haslam, then from Light and Life Magazine, noted on my submission that he wanted to meet with me. He gave me some ideas for rewrite, and then he actually later published one of my articles! I think that was God’s way of telling me I was on the right path, because I didn’t get anything else published for two years!

The second cool thing was the other writers I met. If I listed their names it would be a Who’s Who of Christian Publishing, but we were all wanna-be writers at the time. Our friendships blossomed and I formed an email prayer group. The two-dozen of us are still praying for each other and lifting each other up twelve years after the fact!

The third blessing is I met some other wonderful people who I now consider dear friends. Robin Jones Gunn took me under her wing and has been an amazing mentor. Karen Ball, Lisa Bergren, Steve Laube–they were editors at the time, but they encouraged me when I was as much a newbie as anyone could possibly be.

As you may have noticed, what I’ve discovered about writers’ conferences is that the workshops are great. (In fact, I still have worksheets I took home that year that I STILL use.) But the relationships have, by far, been the greatest benefit.

That first year at Mt. Hermon there were 120 attendees. This year when I attended there were 450+! I feel I am partly to credit/blame because I tell every writer I contact, “You have to attend Mt. Hermon. You will be blessed!”