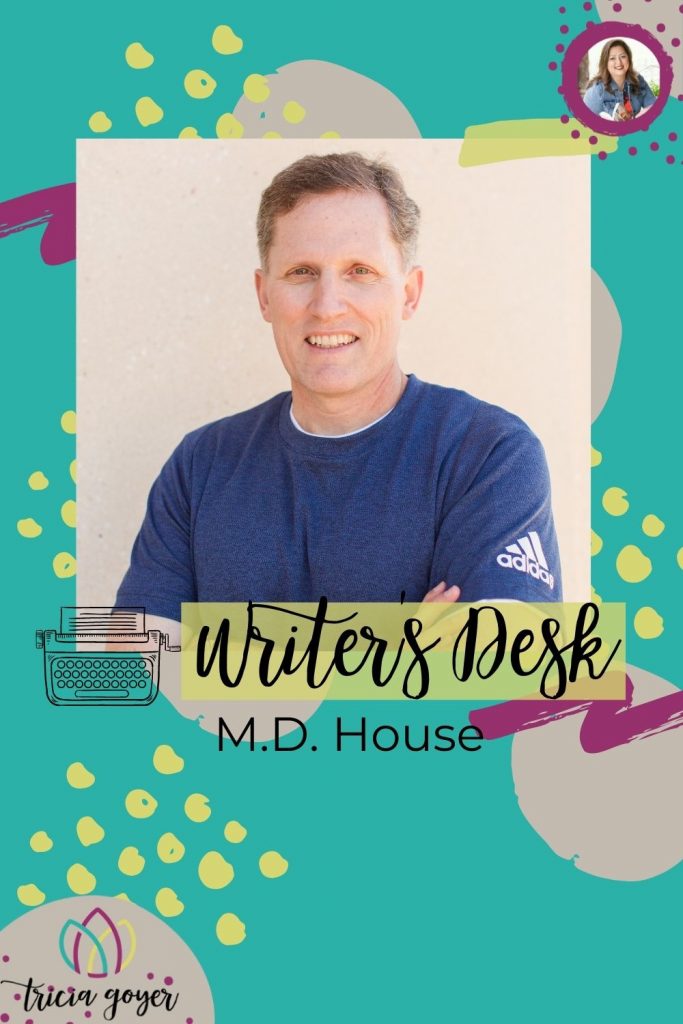 We’re so excited to have M.D. House featured on this week’s writer’s desk. I’ve started reading his Barabbas series and it is so so good! It needs to be on everyone’s summer reading list! But before I get too ahead of myself, let me introduce you to M.D. House.

M.D. House enjoyed a successful first career in the mysterious world of Corporate Finance, but creating and telling stories (and NOT about Finance) was his true love. His first full-length novel was a sci-fi work called Patriot Star. His second was historical fiction about the life of Barabbas, titled I Was Called Barabbas.

Writing isn’t just fun for him, it’s an important way to share his passion, beliefs, and vision with family, friends, and anyone else who loves great storytelling with powerful human perspective and emotion.

Be sure to stick around until the end of the post for more about his most recent release, Pillars of Barabbas, plus a chance to win a copy!

I do almost all my writing in our home office, using an all-in-one with a large screen, which I much prefer to a laptop screen. My writing time varies. I still do some consulting work for a former employer (part-time), so I need to be flexible. I also get heavily involved in promotions and marketing, plus keeping my website up to date.

It varies. As long as I’m feeling well, which thankfully I generally am, I can be productive. I used to get up at 4:30 am to write, because I had a full-time job and kids at home. Now the entire day is pretty much open. I’ll add that exercising helps, too. It often clears and sharpens my mind, while also giving it a break.

That varies, too. Whatever things struck my fancy at the grocery store the prior week, for the most part. I’ve been trying to make the snacks healthier, but I’m not always successful at that. I don’t drink sodas anymore, so it’s mainly water, with the occasional smoothie or Bai coconut thrown in.

I used to get writer’s block, but after doing so much writing over the years, including for my various employers (I’m fastidious with emails, by the way, because they’re such an important form of communication now, and I’ve sent tens of thousands of them), I really don’t experience that any longer. As long as I have some direction in mind, the words flow. 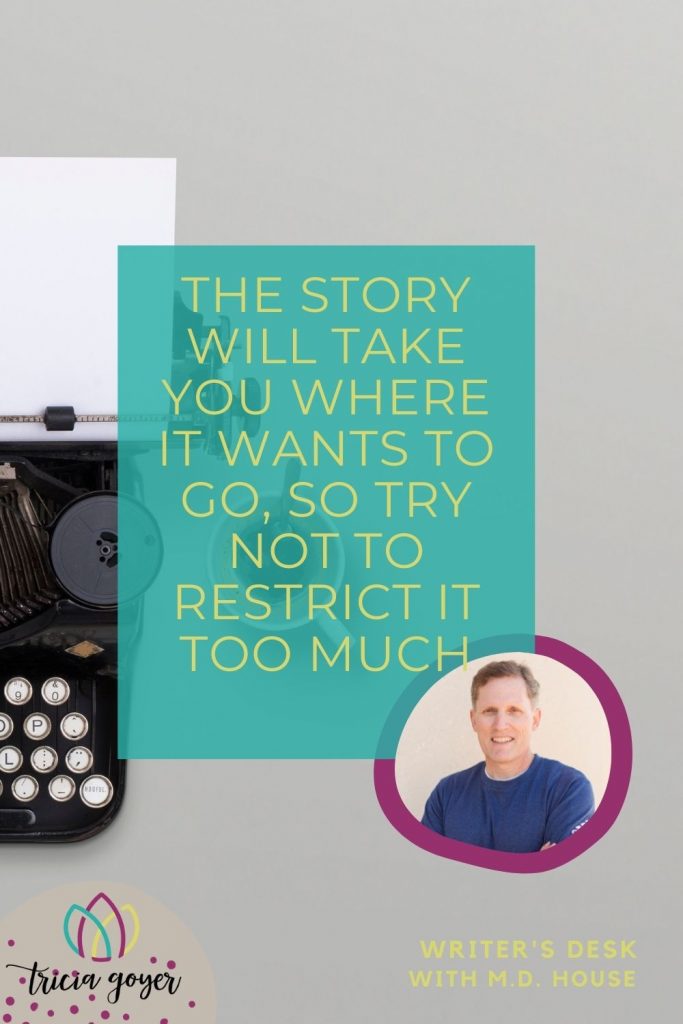 I’m probably in the middle of the spectrum. I like to plan things out, but I recognize the story will take me where it wants to go, so I try not to restrict it too much. It’s an incredibly enjoyable process to find interesting new paths and valuable, unexpected connections, and when a new idea comes to me, it’s nice to know I can usually figure out how to leverage it.

Don’t get too discouraged, keep working, reading others’ writing, and seeking honest feedback on your work, and pray to find useful avenues to express your talents for the benefit of others, not just yourself.

Favorite thing to binge-watch: The Expanse and The Feed (Amazon Prime) both made me binge a little; I also love Last Man Standing and The Chosen
Book(s) currently reading: I’m always reading several books, both fiction and non-fiction (trying to learn new things!); I’m finishing the last Wheel of Time book now because I had shamefully cheated and skimmed ahead
Favorite song right now: Easy – Still Rolling Stones by Lauren Daigle
Favorite thing to order at Starbucks (or wherever you get your coffee/tea fix!): I don’t drink coffee or tea, but Starbucks makes an incredible Caramel Apple Spice hot drink, so once in a while, I’ll treat myself. Also Crumbl cookies (not from Starbucks). Yum … and dangerous.

Enter to win a copy of Pillars of Barabbas*

a Rafflecopter giveaway
*2 print copies shipped to a US address, 2 e-copies available international!

Be sure to catch the video interview with M.D. House  HERE, and be sure to join Avid Readers of Christian Fiction group so you don’t miss any of our other fun author LIVE chats coming up!

More about Pillars of Barabbas: 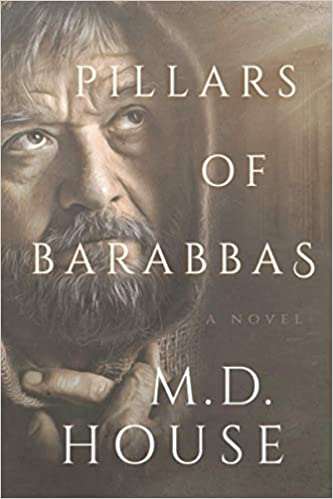 The man they called Barabbas has come a long way from the wretched prisoner released by Pontius Pilate in lieu of Jesus of Nazareth. He and his wife Chanah are growing in regard among the leadership of Christ’s fledgling church, which is expanding and thriving. But increasing Christian influence breeds jealousy among several Roman governors and senators. How will Emperor Nero react? Can the apostle Paul soothe the moody young ruler and help the valiant Roman saints continue to spread the Word? The Parthian Empire also poses threats, including in Eastern Africa, where the former centurion Cornelius has become a prominent Christian leader. Will the Christians need to flee, or must they fight both the Romans and the Parthians?