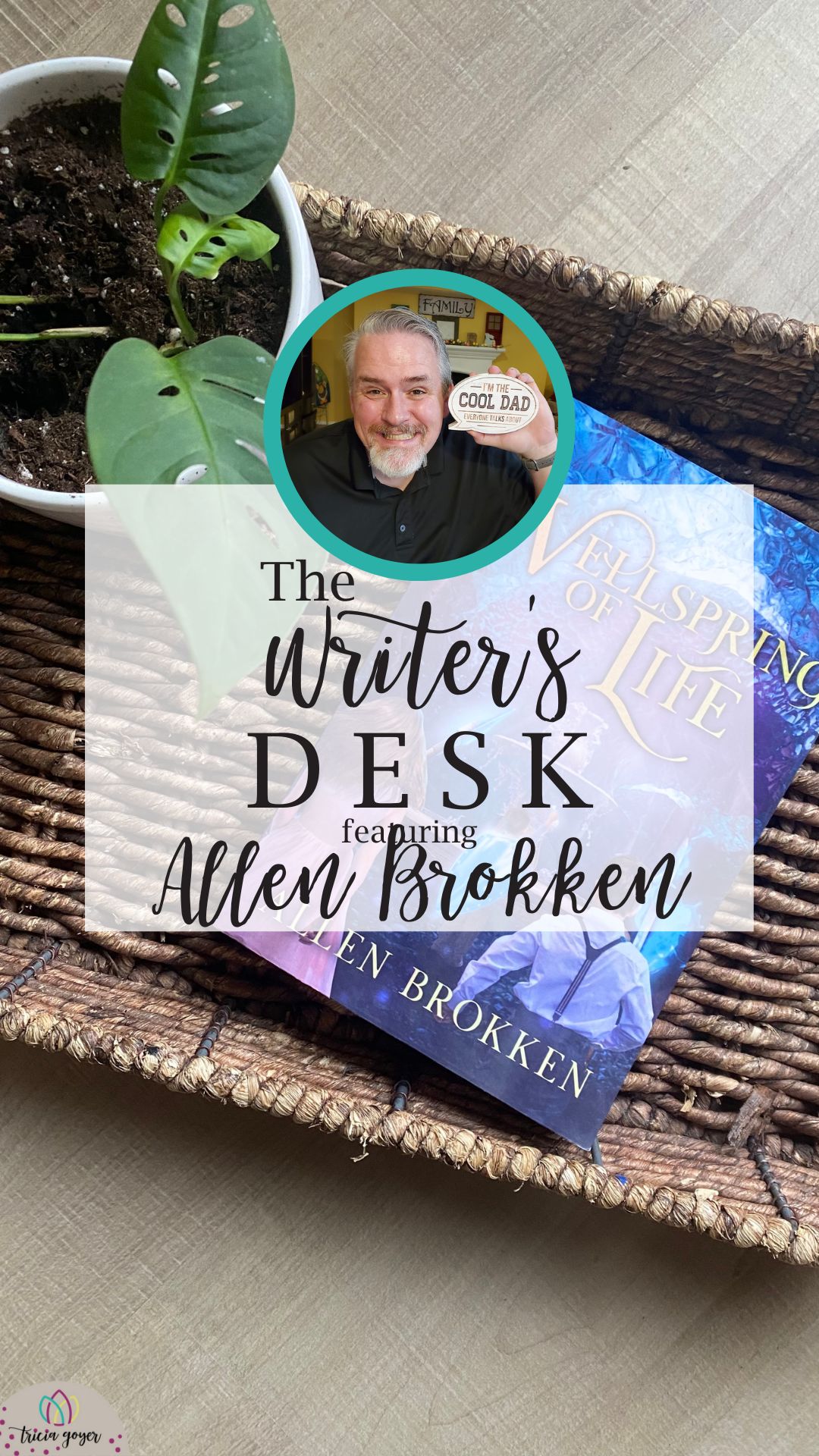 The Writer’s Desk with Allen Brokken

Allen Brokken is a teacher at heart, a husband, and a father most of all. He’s a joyful writer by the abundant grace of God. He began writing the Towers of Light series for his own children to help him illustrate the deep truths of the Bible in an engaging and age-appropriate way. He’s dedicated 15 years of his life to volunteer roles in children’s ministry and youth development. Now that his own children are off to college he’s telling stories and sharing clean humor on social media @allenbrokkenauthor and through his blog https://www.allenbrokkenauthor.com

More about Wellspring of Life:

Lauren, Aiden, and Ethan rescued their dying father. To save him, they must find the lost Wellspring of Life before it’s too late!

The Dark One suffered a massive loss when twelve-year-old Lauren and her younger brothers Aiden and Ethan rescued their father from his clutches. However, the battle left Father horribly burned and barely hanging on to life. Their only hope for his salvation is the fabled Wellspring of Life.

Using their faith to guide them, the children trek across the open prairie, searching for clues to the whereabouts of the wellspring’s healing waters. Meanwhile, the giant Skull Crusher turns the prairie animals against the children to drive them off the path while he seeks to master the Darkness so he can destroy them once and for all.

As the family wades deeper into the prairie grasses, even their dear friends begin to stray from the path of righteousness. The children’s mission to save their father will fail if they can’t find the Wellspring of Life in time.

Will they have the faith to stay on the narrow path to redemption?

Purchase a copy of Wellspring of Life.
Learn more about the Tower of Life series. 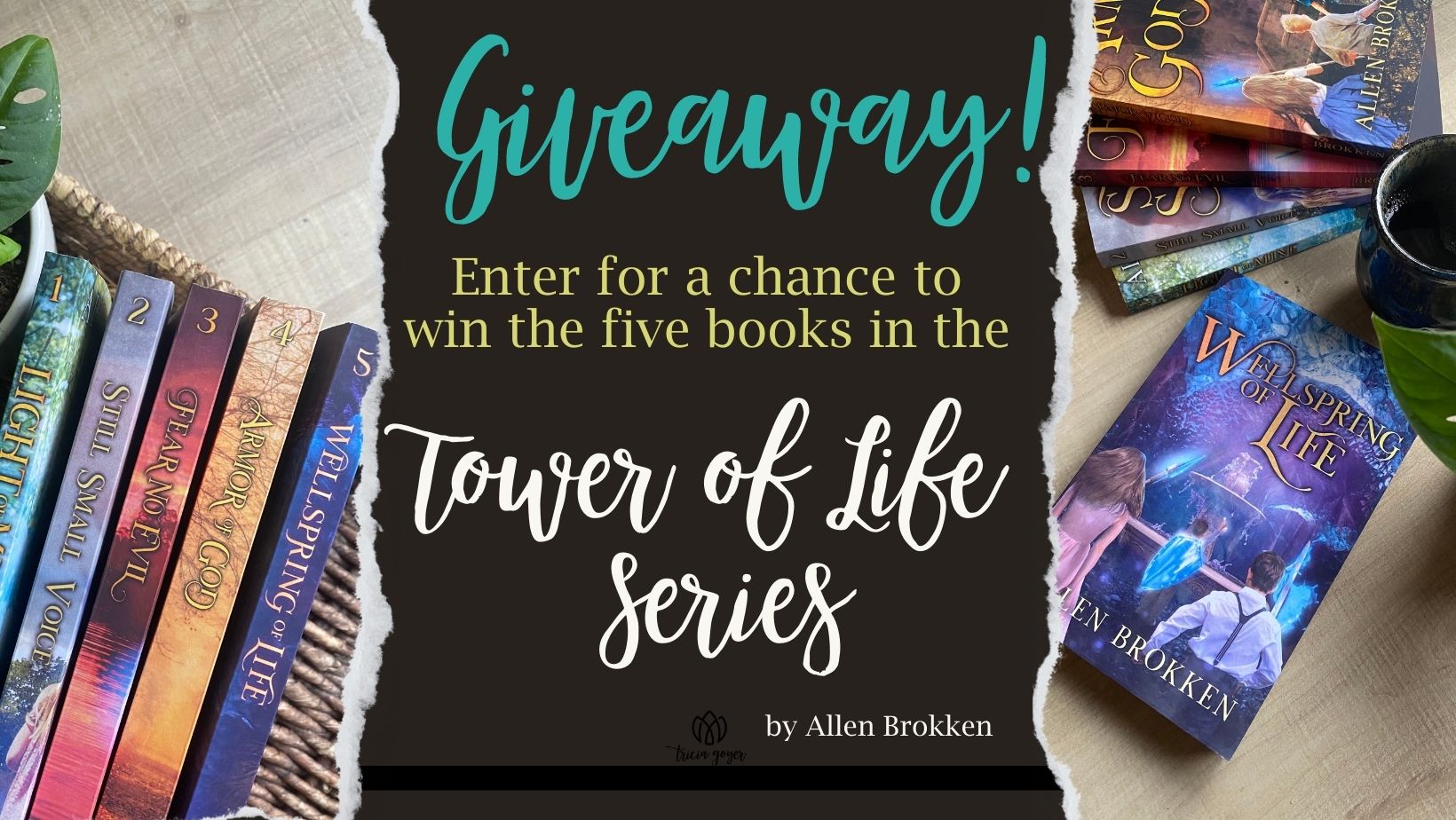 AB: I get a series of scenes in my head.  For example, for Wellspring of Life, I wanted a fountain inside a geode, as you see on the cover.  I picked a few other ideas that really resonated.  Then I stitch them together into a rough outline, which I call a flight plan.  I say that because the characters may have to take a different route to get to these scenes than I envisioned at the beginning.  I draft the first version, run it through Grammarly, and then share it with my editor S.D. Grimm and my writing partner K.A. Cummins.  They give me feedback to fix the story.  For example, in Wellspring of Life, there was a whole side story around the bad guy Skull Crusher that I had to pull because it didn’t flow well.  After that feedback, I rework the whole thing and send it for a copy-edit.  Which is more about grammar and clarity.  That comes back, I make corrections then it needs a final proofread.

Because I have a day job this whole process takes about a year.  Although I have published two books in the same year.  But that’s a bit much.

AB: Social media.  I have a lot of fun telling Dad Jokes on video and now I’m doing a show to help dads connect to their families.  It takes a ton of time to do these things, so squeezing in writing can get difficult.  I have to get way ahead on my content for these other things so I have time to focus.

AB: Don’t avoid all those literature and writing classes.  I have degrees in physics and systems engineering, I did the bare minimum with writing and literature.  I’ve had to learn a bunch of stuff the hard way because I avoided those classes.

AB: Joining the Christian Indie publishing association is the only thing I’ve spent money on that had an immediate return on investment.  Within less than a month it had paid for itself and volunteering with the organization has allowed me a bunch of opportunities I wouldn’t have had otherwise. 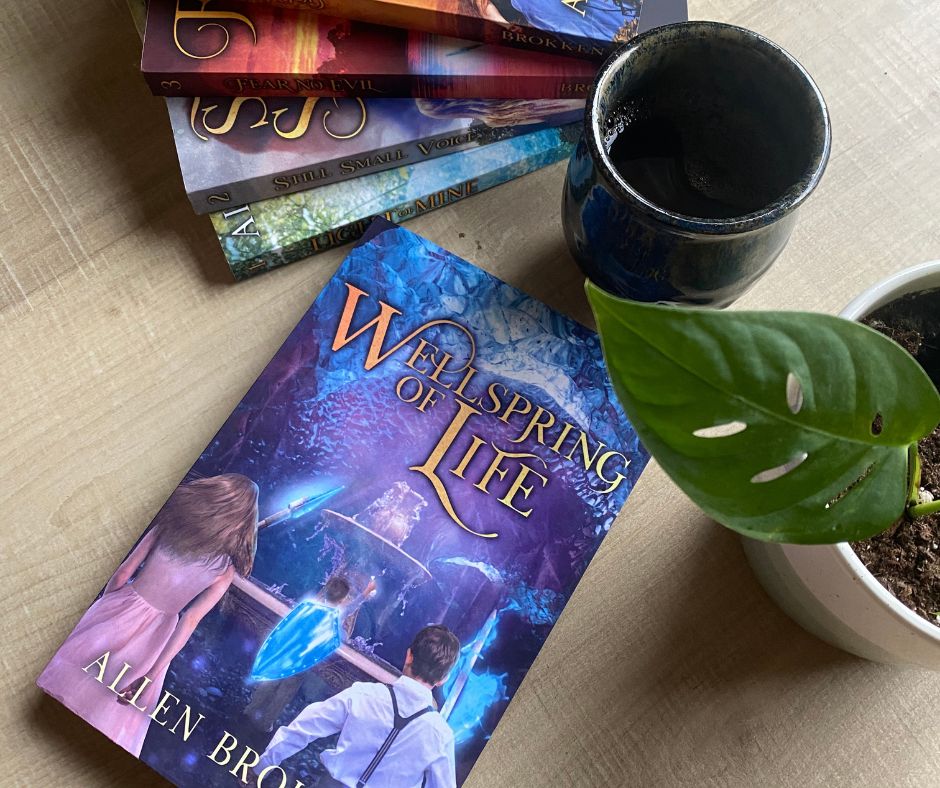 TG: What did you edit out of Wellspring of Life?

AB: There’s a whole side quest with Skull Crusher that is alluded to in Wellspring of Life as it’s published, but was written in detail.  I may release it as a stand-alone subscriber benefit someday.  But for now, it’s tucked away in a folder.  Basically, he’s the “big bad” in this book and the way the story was written he comes off a little like Gargamel from the Smurfs.  A bad guy but somewhat comical and bumbling.  Super fun to right, but it hurt the suspense of the story.

AB: I don’t remember the book, but in Junior High, there was a book dealing with teen suicide that I read.  It completely wrecked me.  I ended up doing a “reading” of a piece from it for class and everyone looked at me like I had two heads for reading the chapter.  It wasn’t exciting or anything, but it was so real-life, I thought it was worth sharing.

AB: The Amish Vampires from Space and the rest of its series.  The title/cover turns off a ton of people but the content was really good.  I grew up around Amish, and have a funny story for another time about my trip in an Amish buggy.  But, what I appreciated about Kerry Nietz’s portrayal was the level of research and detail he went into around Amish culture.  The whole series was so well grounded in faith while being fantastic.

AB: In my work as a salesman my teammates often say “Release The Brokken” like “Release the Kracken” from the 80’s clash of the titans.

I had so much fun with the idea that worked with L. Jagi Lamplighter to have “The Brokken” show up in the Heroes of the Realm Anthology. In that version the Brokken is a Dragon catching mongoose.  So for now I’d say that’s my mascot.

Enter to win a signed, first edition set of the five books in the Towers of Light series*: 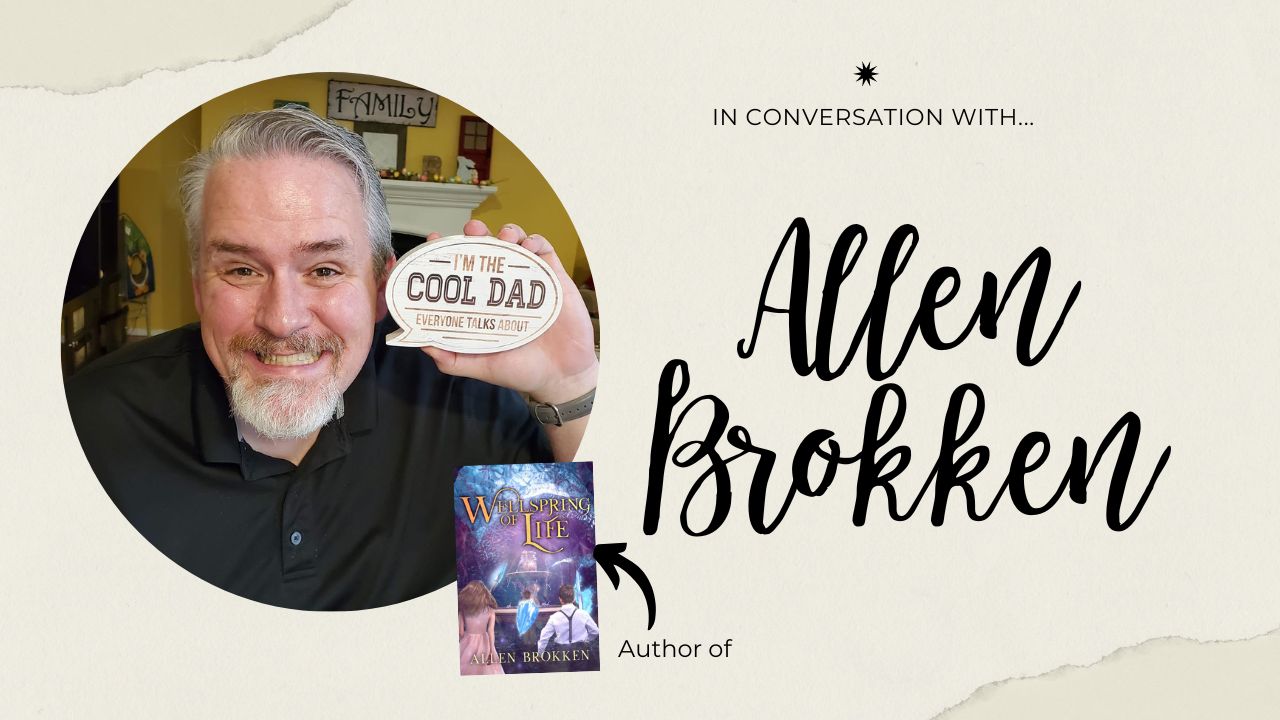 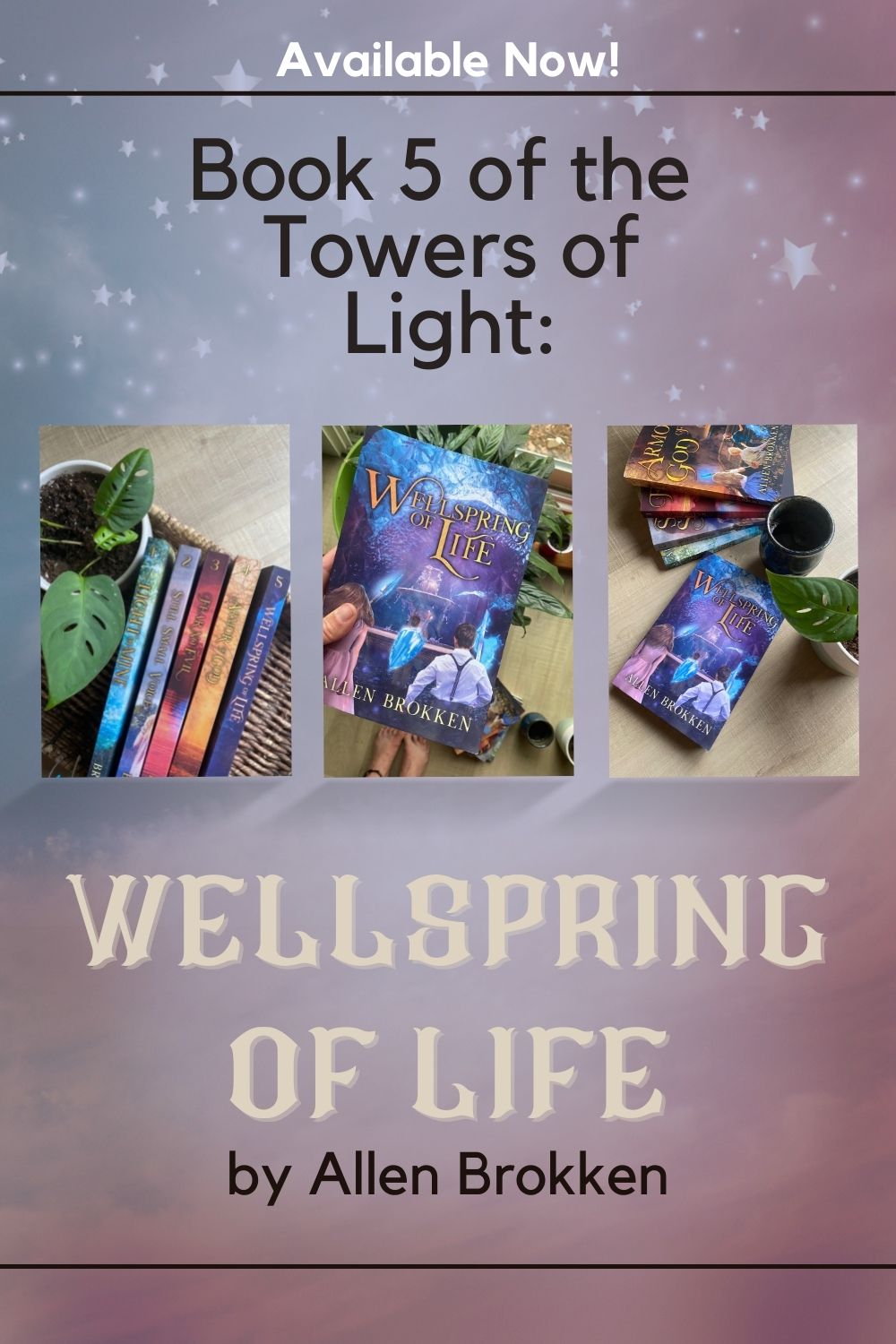 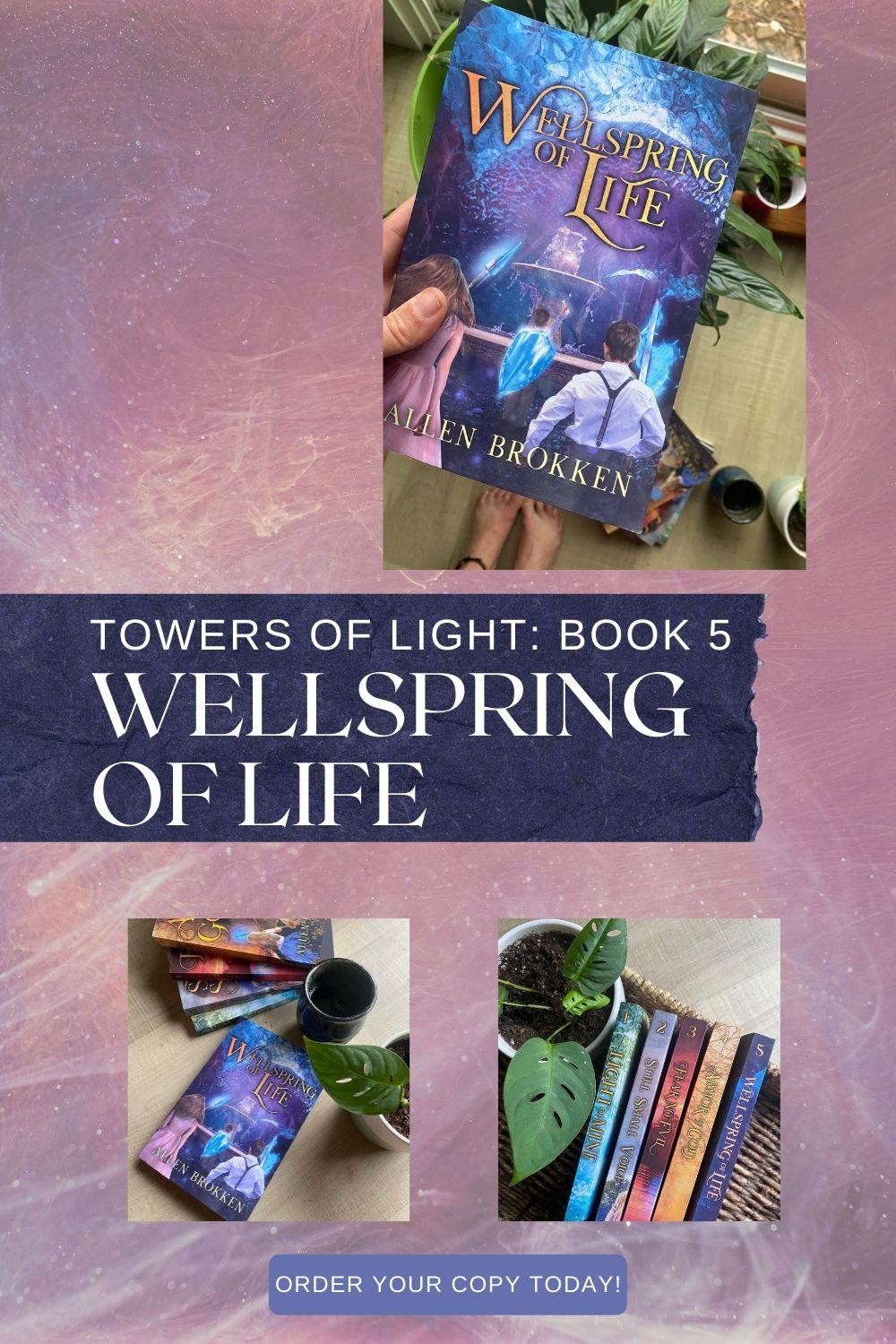 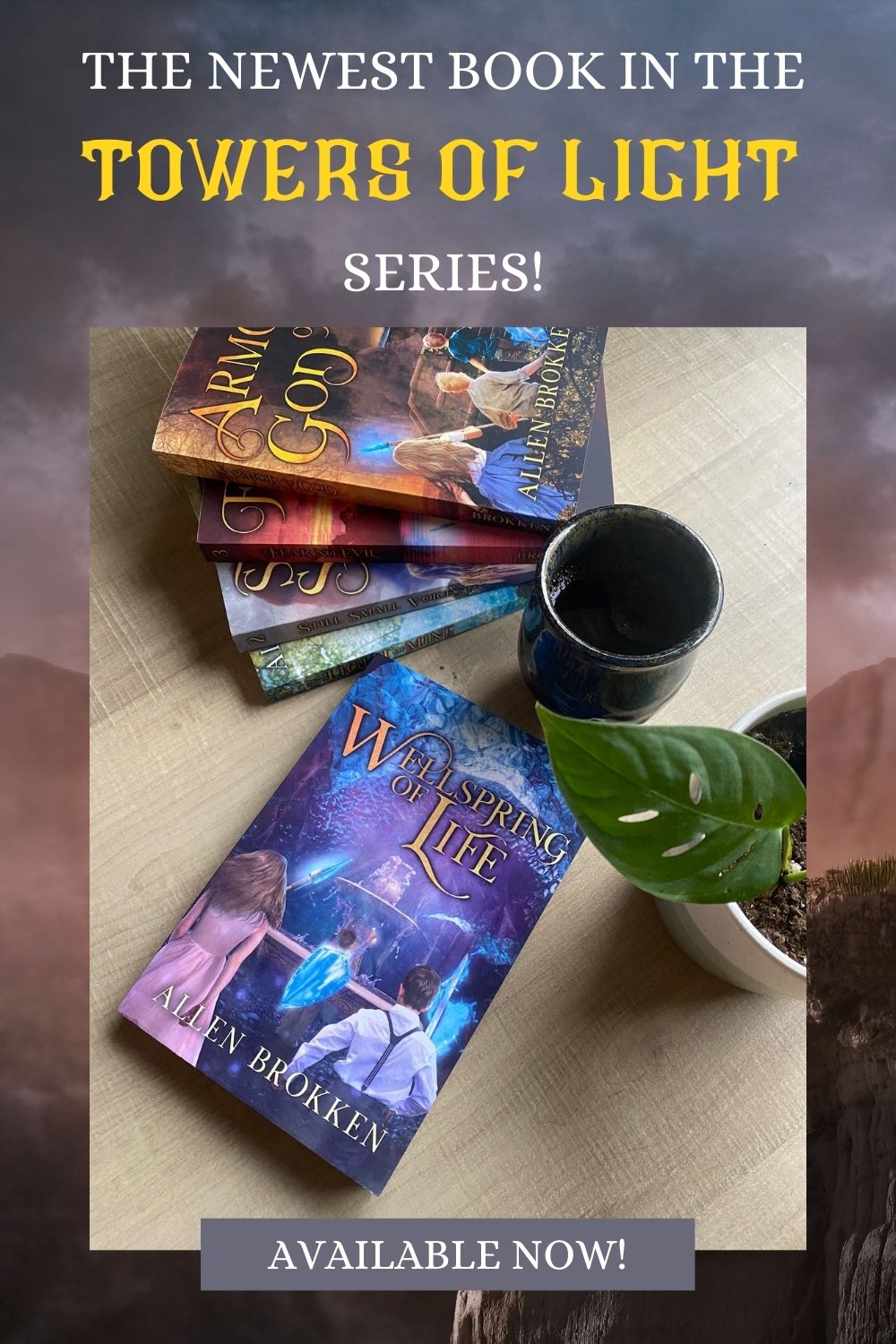