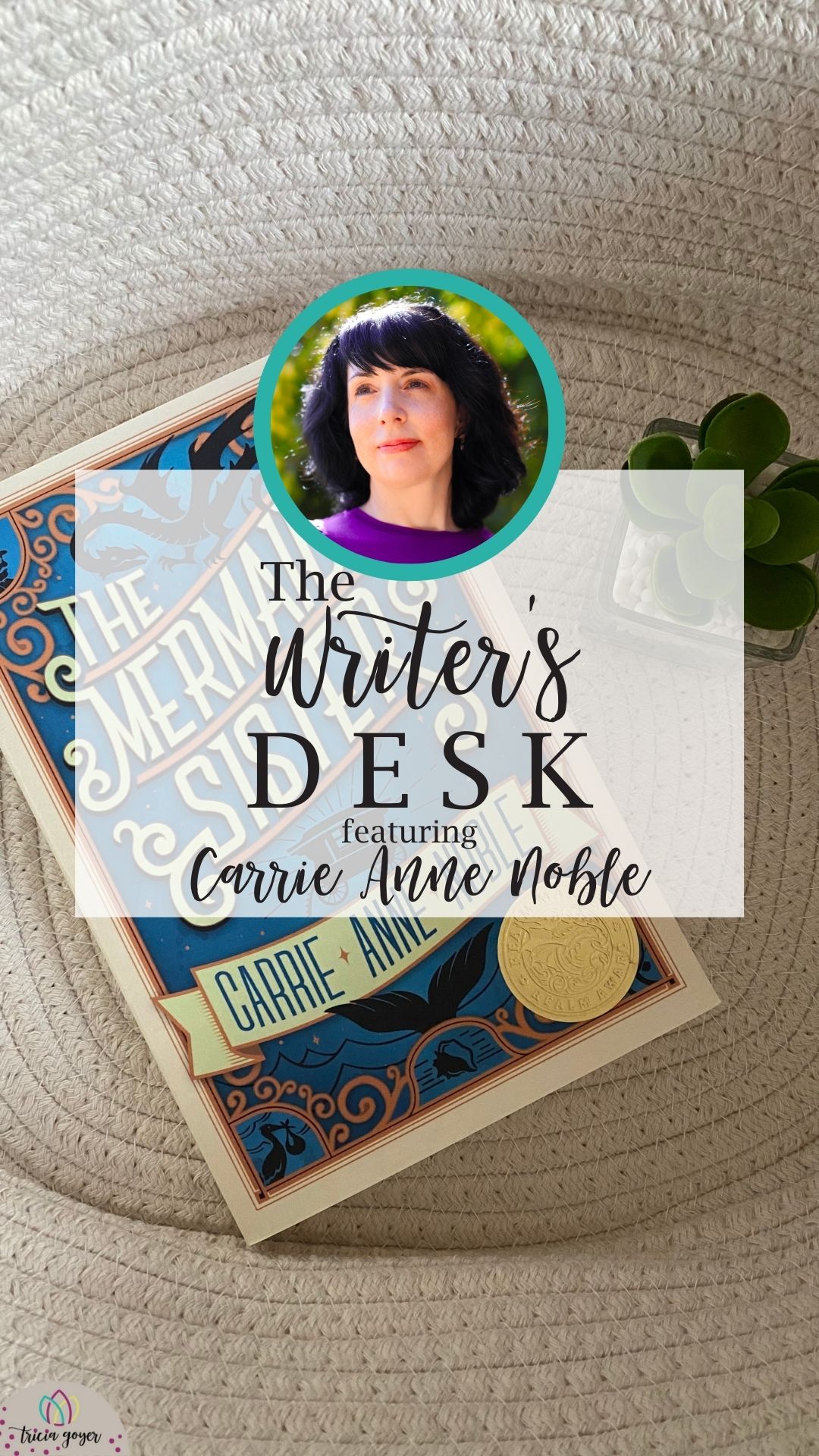 In the wake of her thrilling past as a theater student, restaurant hostess, nurse aide, and newspaper writer, Carrie Anne Noble now crafts enchanting fiction for teens and adults. Her debut novel The Mermaid’s Sister won the 2014 Amazon Breakthrough Novel Award for Young Adult Fiction and the 2016 Realm Award for Book of the Year. Her other books include YA fantasies entitled The Gold-Son and Gretchen and the Bear. Carrie lives in the Pennsylvania mountains, where she enjoys taking walks, frolicking with her half-Corgi, and hosting the occasional mad tea party. Connect with Carrie on her website, Instagram, Facebook, Twitter, and Bookbub, and sign up for her newsletter.

CAN: I eat peanut butter toast for breakfast almost every day.

TG: Where did you get the inspiration for The Mermaid’s Sister?

CAN: My initial inspiration for The Mermaid’s Sister came to me as I sat beside my sister’s hospital bed in October 2012. She was dying from cancer and shrinking away. I thought, “What if she was becoming something magical instead? What if she was transforming into a mermaid?” In the weeks after she died, I wrote the first draft of The Mermaid’s Sister, creating a world sprinkled with magic where Clara, whose sister was slowly becoming a mermaid, wrestled with grief and the question, “Who am I without my sister?” I like to think the tale has two happy endings.

CAN: I like to get up before the rest of the family, read the Bible while my tea is brewing, and then head upstairs to my office. There, I read over a little bit of what I wrote the day before, put on my writing music, and get to work.

CAN: First of all, treat writing like it’s your job—even if it’s only a part-time thing for you—and let your family and friends know that this work is as important to you and must take priority. Also, connect with other writers who will encourage you on your journey and will hold you accountable for getting the work done.

CAN: My childhood best friend keeps me stocked up with lovely varieties of chocolate and tea. And I love potato chips very, very much. Unfortunately, they end up in the keyboard if you’re not careful. 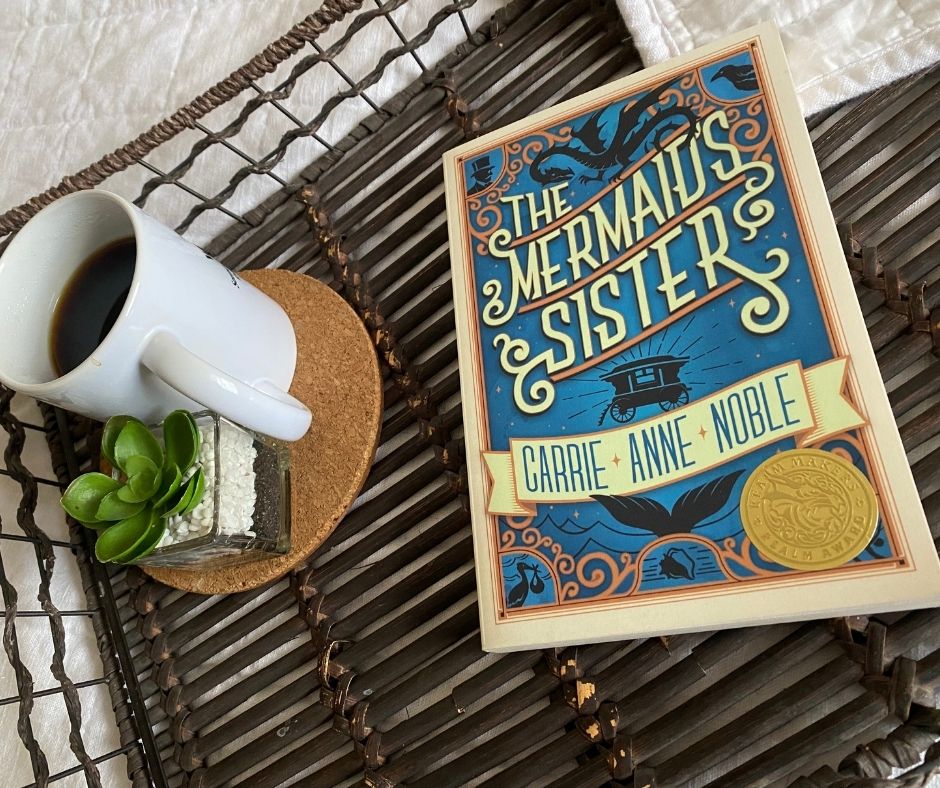 CAN: I do “morning pages” when I get stuck. It means free-writing five pages as soon as you wake up before your mind gets cluttered with other stuff. Whatever I’m stuck on, whether it’s a plot thing or just a general “now what,” it almost always works to generate new ideas and rekindle my enthusiasm for the story. It’s pretty magical.

CAN: I confess to doing a lot of editing along the way—although it’s no replacement for the later editing. This explains why it takes me a while to get a book done!

CAN: Being afraid to share their work with a critique group, or with a more experienced writer friend at the very least. It’s definitely scary because writing is so personal, but no one can grow into a better writer without some help.

CAN: There’s a Neil Gaiman quote that’s stuck with me for years, and it’s probably a paraphrase or a conglomeration of several things he said, but it’s “Keep writing, and finish things.”

CAN: I’m working on a YA novel set in the 1980s, in which a girl obsessed with the faerie realm gets a “wrong number” telephone call from a bridge troll with ill intentions. It may contain autobiographical elements.

More about The Mermaid’s Sister

Realm Award Winner for Best Speculative Fiction of the Year

There is no cure for being who you really are…

In a cottage high atop Llanfair Mountain, sixteen-year-old Clara lives with her sister, Maren, and guardian Auntie. By day, they gather herbs for Auntie’s healing potions; by night, Auntie spins tales of faraway lands and wicked fairies. Clara’s favorite story tells of three orphaned infants―Clara, who was brought to Auntie by a stork; Maren, who arrived in a seashell; and their best friend, O’Neill, who was found beneath an apple tree.

One day, Clara discovers iridescent scales just beneath her sister’s skin: Maren is becoming a mermaid and must be taken to the sea or she will die. So Clara, O’Neill, and the mermaid-girl set out for the shore. But the trio encounters trouble around every bend. Ensnared by an evil troupe of traveling performers, Clara and O’Neill must find a way to save themselves and the ever-weakening Maren.

And always in the back of her mind, Clara wonders, if my sister is a mermaid, then what am I?

Purchase a copy of The Mermaid’s Sister: Amazon | Book Shop 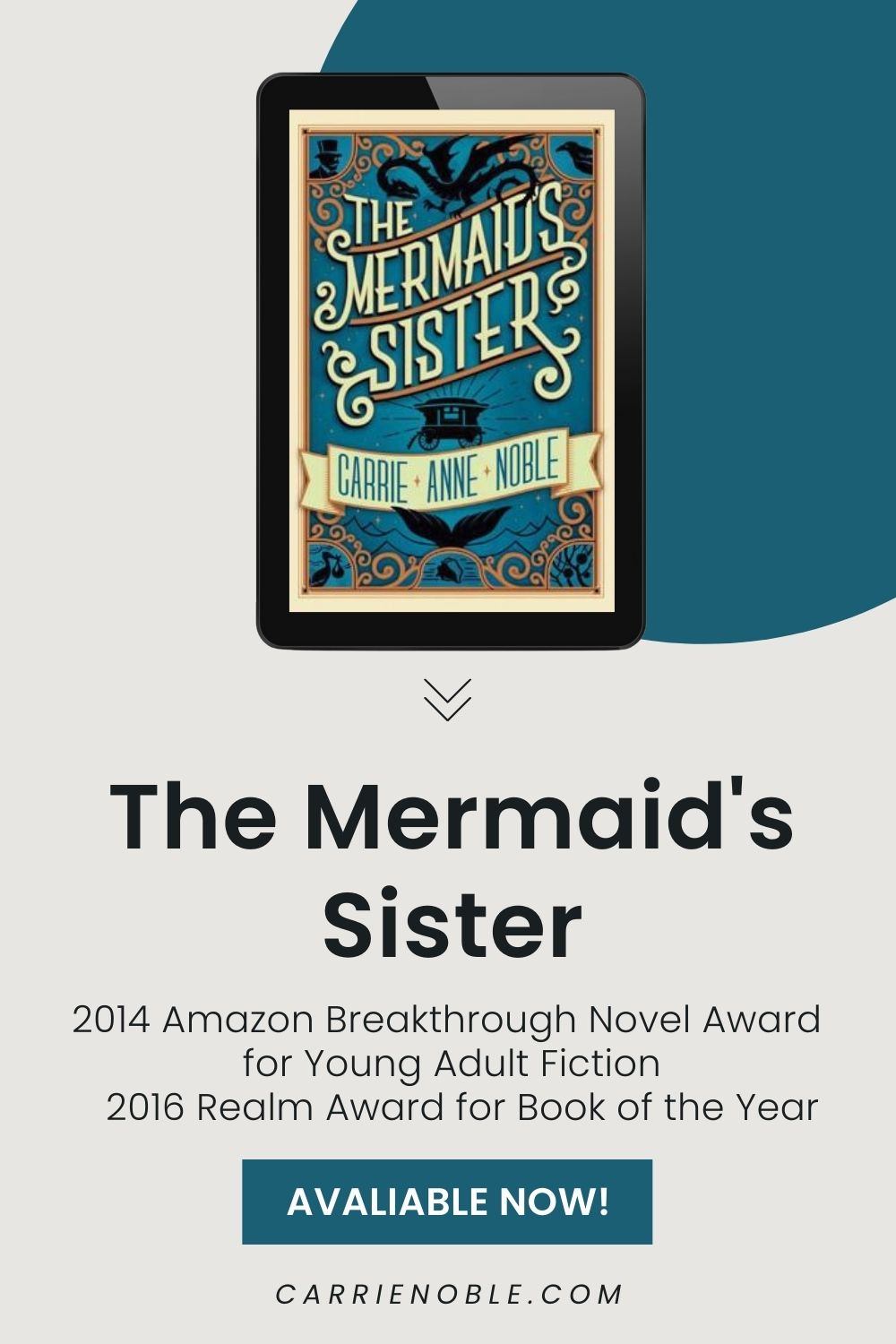 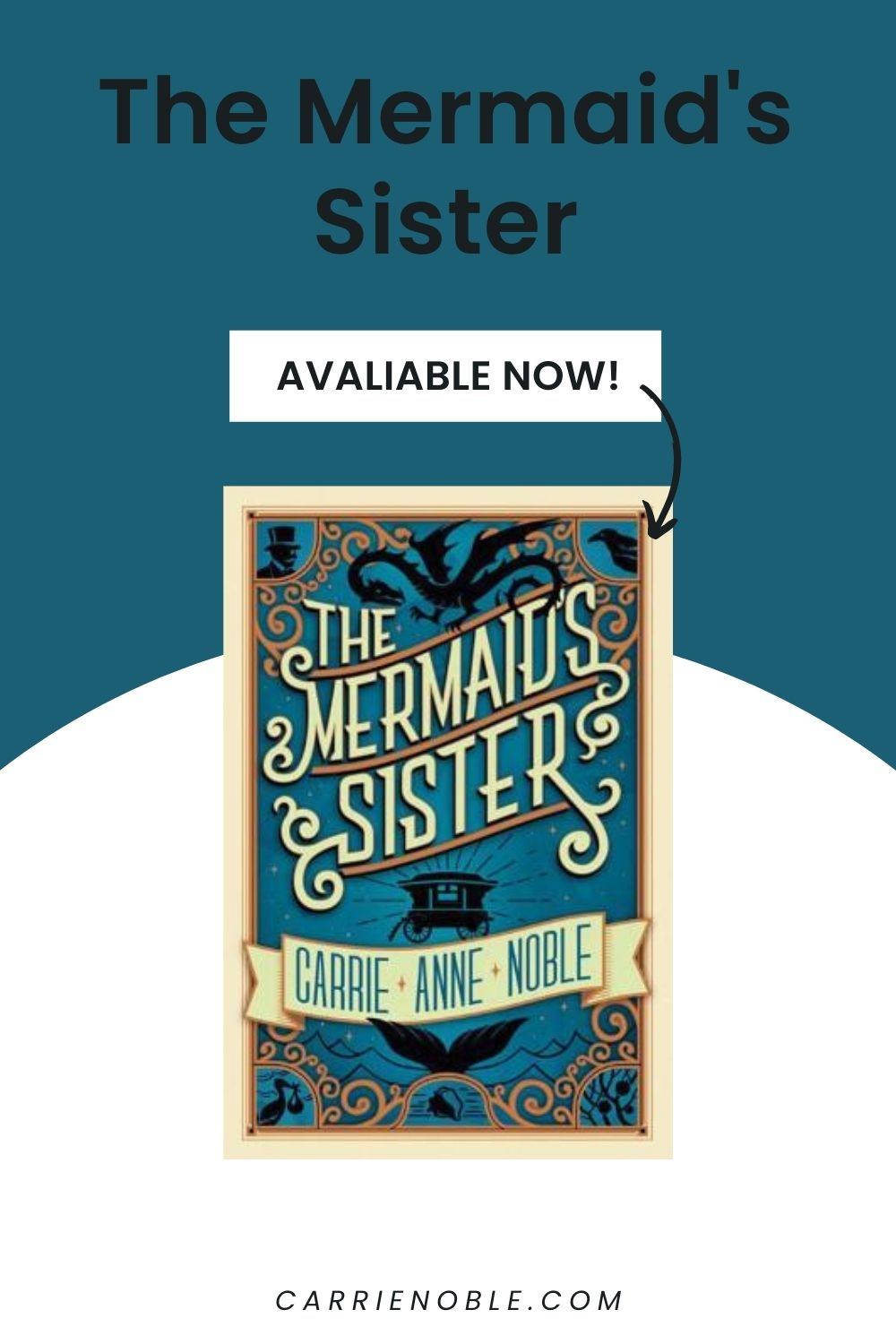 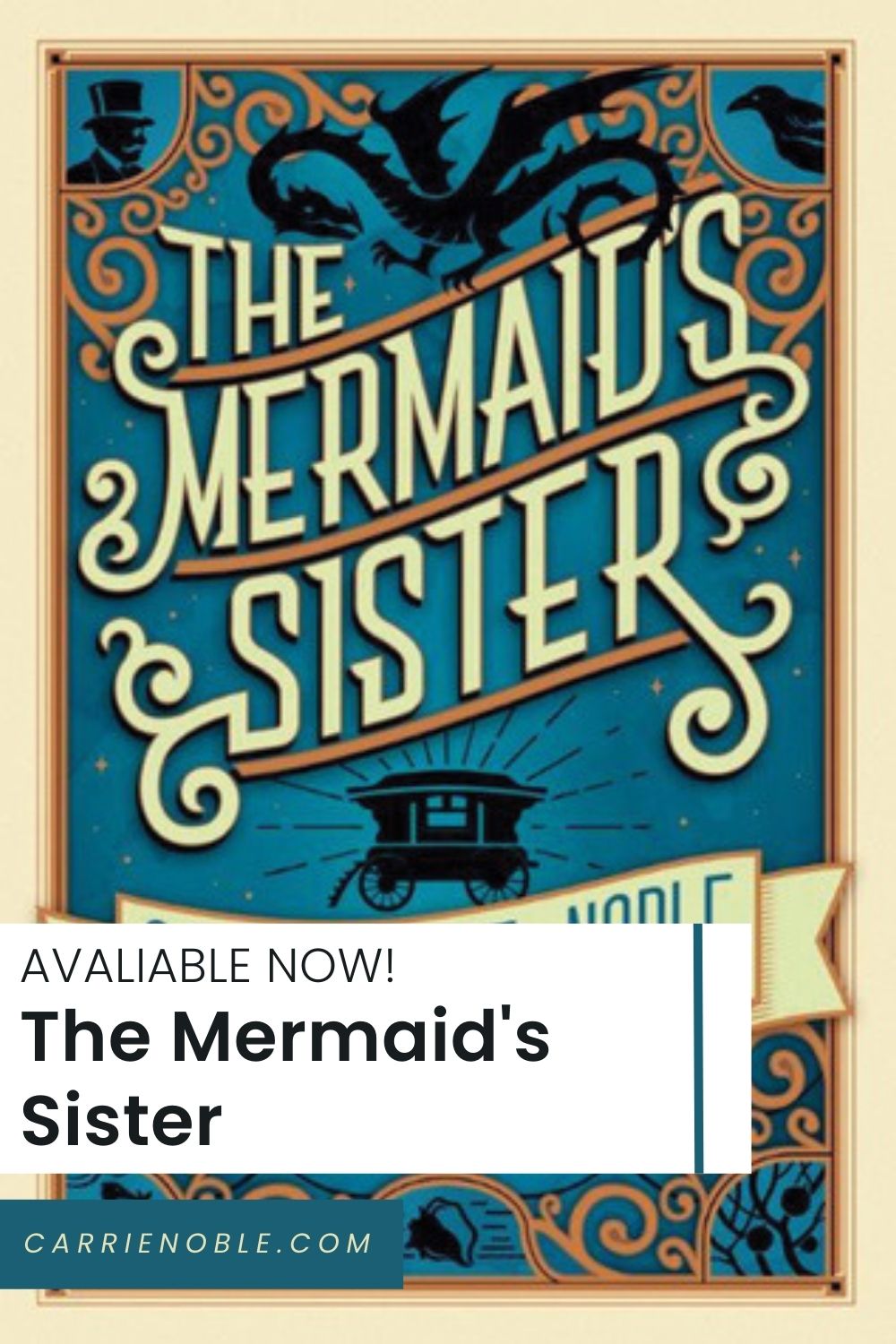